ONE of the carriage clocks presented to Helensburgh men who served in the Boer War was taken to Canada.

Owner Bernie Butler, an ex-pat Brit now living in the Okanagan Valley in British Columbia, wants to find out more about the man who received it, Lance Sergeant John McNicol (below). 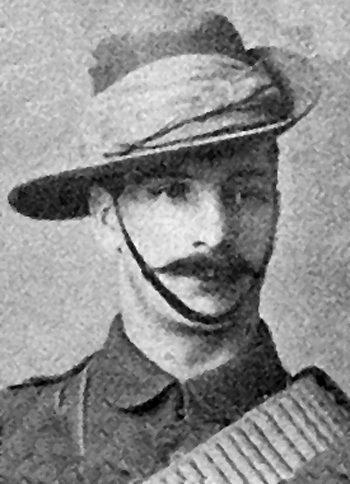 He said that he had been looking for information since he spotted the clock in an antique shop in Arundel in Sussex during a trip back to the UK twenty years ago.

“I immediately fell in love with the clock, which appeared to have been cleaned and overhauled, and I purchased it for what I considered a rather high price at the time,” he said.

“Alas the carrying case was no longer with it, which is often the case with carriage clocks. I brought it back with me to Canada and it has been running ever since and keeps excellent time. 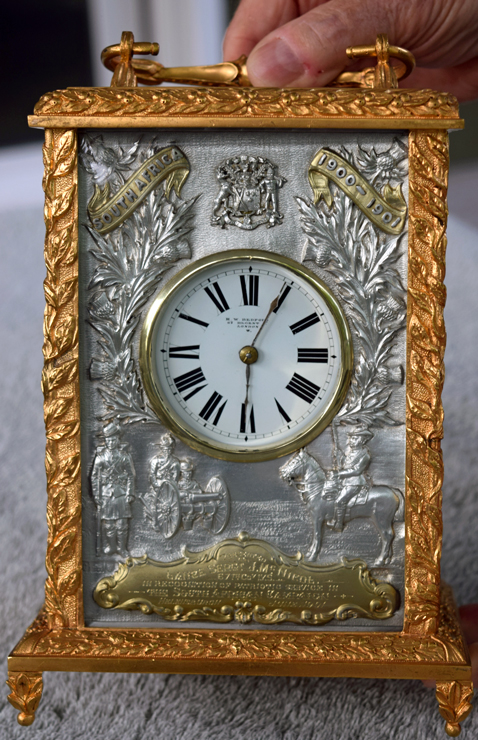 “When I first obtained the clock I tried unsuccessfully to find out more about the recipient and in fact talked to the curator of the Helensburgh Library, who was unable to provide any information at all, which I thought very strange!

“She assured me that she had no knowledge at all of anyone ever receiving a presentation clock at any time. The internet at that time provided nothing useful in the way of information, so I simply carried on enjoying the clock.

“Recently I was visiting an old friend in the interior of British Columbia, who as an ex-soldier himself has always been interested in the South African campaign, and we discussed it.

“On my return I decided to try again and came upon the Heritage Trust website which has an account of the presentation of the clocks. You can imagine my delight when I found the website.”

Bernie wonders if any family members are still living, despite the clock having been sold, and both he and the Heritage Trust would like to know more about the Lance Sergeant.

He added: “I have enjoyed the clock for many years, but now would like it to go to someone who would also cherish it and preferably have some connection to the original recipient or the regiment.”

Information about two of the clocks presented to Helensburgh men who gave patriotic service in the Boer War from 1899 to 1901 can be found in this 2012 article.