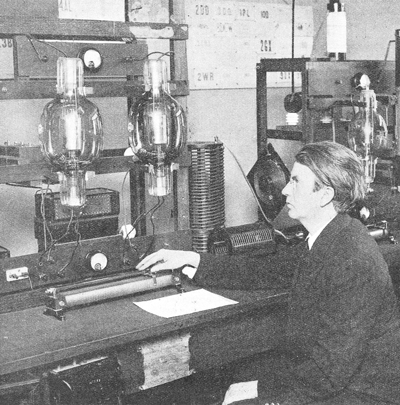 He said: "At first, my father worked with selenium photocells but he found them to be insensitive. In June 1924 he bought a thallium sulphide (Thalofide) photocell as developed by Theodore Case in the USA. The Thalofide cell was part of the important new technology of 'talking pictures'.

"It took him many months of further work before this cell could be successfully applied to television, but it was almost certainly used in the demonstration on January 26 1926."

Full details are given in a peer-reviewed technical article by two Scottish-based authors Brandon Inglis — who has been of great assistance to the Trust in maintaining the televisor in Helensburgh Library — and Professor Gary Couples.

Their 12-page article is entitled “John Logie Baird and the secret in the box: the undiscovered story behind the world’s first public demonstration of television”. It appears in the August 2020 issue of a US-based journal, the 'Proceedings of the Institute of Electrical and Electronic Engineers'.