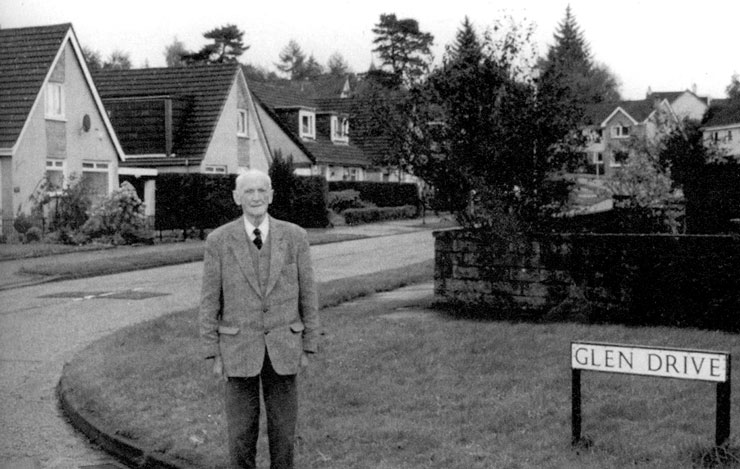 THE ORIGINS of Helensburgh street names was on the agenda at Helensburgh Heritage Trust's second Winter Open meeting, held at Helensburgh and Lomond Civic Centre in East Clyde Street on Wednesday October 30.

The meeting began with the Trust AGM conducted by chairman the Rev David Clark, then former Trust director Sandy Kerr provided an insight into the rich diversity of names given to streets in the burgh.

Writing on the subject in the Trust book '200 Years of Helensburgh', published in 2002, Sandy stated: "There are almost no street names for which we can be sure of an origin as the minutes of the Town Council and successor bodies simply record the decisions and not the reasons behind them.

"In some cases there are a number of perfectly possible justifications for the choice of a name. The real joy of attempting to explain the origins of the names lie in the many unsuspected connections that turn up."

Helensburgh's last Provost, the late Norman M.Glen, in front of the street named after him.

Photo by the late Kenneth Crawford.