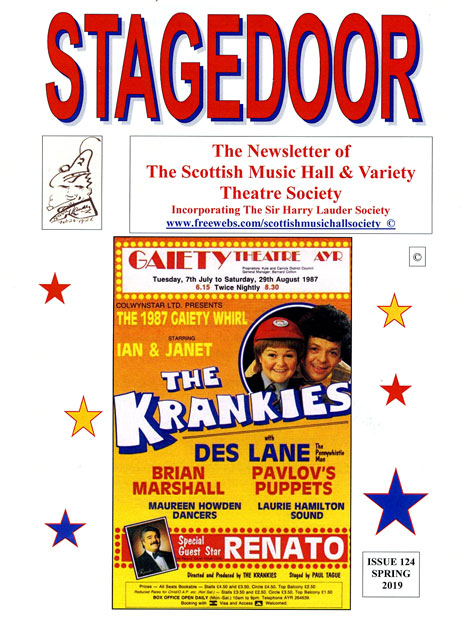 HELENSBURGH featured twice in the Spring 2019 edition of a show business magazine.

‘Stagedoor’ is the newsletter of The Scottish Music Hall & Variety Theatre Society, which was marking its 40th anniversary year and incorporates The Sir Harry Lauder Society.

The edition reported that on Saturday June 22 society member John Short would give an illustrated talk on the Logan family, which of course includes the late Jimmy Logan, Helensburgh resident and a former hon president of Helensburgh Heritage Trust.

The lunchtime talk to society members was entitled ‘The Logans and Me’, and family member John describes them as Scotland’s premier showbiz family.

The society features Jimmy and another comedian from Helensburgh, Lex McLean, on its website, and of course Helensburgh actress Jean Clyde was a close friend of Sir Harry Lauder.

A special feature in this edition was the story of Helensburgh ‘boy singer’ Master Joe Petersen, who was in fact Mary O’Rourke.

Mary was born at 6 Maitland Street on July 26 1913, the 12th of 14 children of Hannah O’Rourke and her Irish mason’s labourer husband Joseph, who were married in the town on September 16 1892.

Singing was very much a family pastime, and both Mary and her brother Joe — the ninth child, born on May 6 1909 — were considered experts in nostalgic songs before they reached the age of ten.

They sang at home, in school concerts, at parties, at talent shows, and on other special occasions. They appeared together regularly, mostly separately but sometimes as a double act.

Mary left school in 1927 and took a job. By 1932 she was making a name for herself in Scotland as a music hall singer, and her ambition was to be a dance band singer in London.

So she moved to the capital at the age of 17 to live with her Cockney uncle, entertainer and impressario Ted Stebbings, and his second wife Minnie Irvine, who was her mother Hannah O’Rourke’s sister, in Islington. 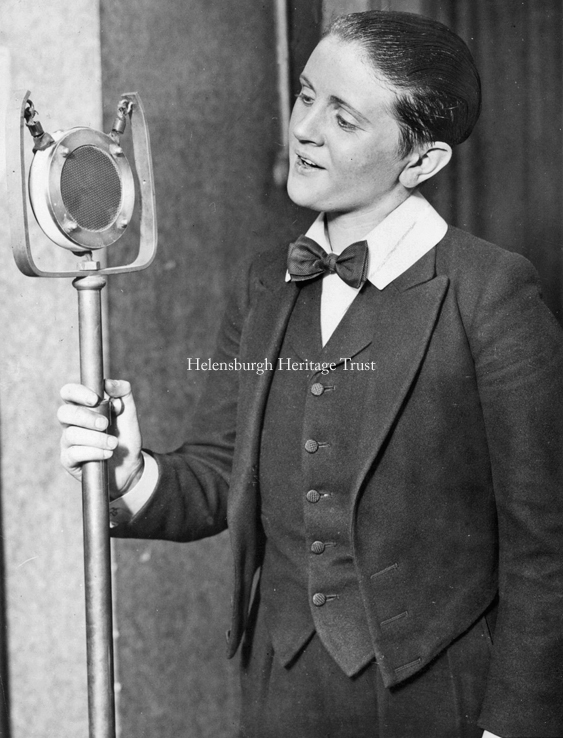 At this time boy singers had become the rage, but their voices had the bad habit of breaking. Ted had the brainwave that the now 18 year-old Mary (right) could pass off as a boy and so could take the place of his other boy singers.

By 1935 she was being publicised by Rex Records as Joe Petersen, The Phenomenal Boy Singer, and she recorded 59 Master Joe 78 rpm discs for the Rex label between 1934 and 1942.

By 1937-8 Master Joe — her chest tightly bandaged to flatten it — was top of the bill in leading British theatres with her electrifying stage presence, and her records were being broadcast on continental radio stations.

This was to be the height of her fame. She developed a very serious drink problem, and she died of bronchitis at her Glasgow home on Christmas Eve 1964 at the age of 51.

Her rendition of ‘My Ain Folk’ is considered by many to be one of the all-time top twenty Scottish songs.