The account was penned by Eric Haynes, who is now 98 and who, like Robin’s father, Bob Bird, was a photographer.

Kent-born Eric joined the RAF when war was declared, serving as a photographer and then an RAF policeman. But he hated gate duty and applied for a posting wanting an ‘Airman with small boat experience’.

His application was successful, and he went on to pass a coxswain qualification, then was posted to the Establishment. Before he left for Helensburgh one ‘old sweat’ commented: “Lucky sod!”

It was generally believed within RAF circles that Helensburgh was a good posting, although few knew what it did, or where it was actually located in Scotland.

Little has been written about the marine experimental section of MAEE. It was formed in 1942 in the wake of the Battle of Britain and during an escalating war in the air against German U-Boats.

Previously air sea rescue for ditched pilots and crew led a lot to be desired. At Helensburgh the use of high speed launches, inflatable dinghy, Lindholme containers and flares were developed and tested.

Lindholme gear was made of up to five containers joined together. They had inside such things as water, food, first aid kit, warm dry clothing and distress flares.

The leading man in the section was Vincent Drake, who lived with his wife and two young children in Princes Street. A civilian, he was an expert swimmer, and survived two flying boat crashes following take offs from Rhu.

MAEE also used its land-based aircraft at Prestwick for trials at sea, and additional sea-going craft could be obtained from the maintenance unit at RAF Dumbarton.

RAF Dumbarton, like RAF Helensburgh, was another RAF station that those being posted there for the first time knew little about.

Eric Haynes was posted there with a chap called Owen. “When we reached the railway station I could find no-one who had ever heard of RAF Dumbarton,” he said. “A local policeman put us right and sent us to a yacht club.”

The maintenance storage unit used cranes at Denny shipyard, also used by the MAEE for the Botha drop tests.

Like others posted to RAF Helensburgh, Eric found the actual posting was at Rhu, where he reported on arrival.

There was a shortage of coxswains because of the war and overseas postings, and he was immediately told to get the fire boat working with the help of an engineer, both of whom had never before seen a Meadows engine or a Coventry Climax engine pump.

He recalled: “We got them working and cleaned up and had a successful trial.” 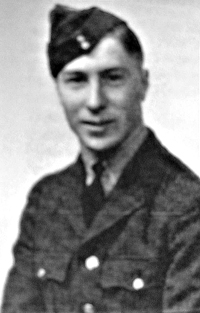 Eric (left) drew up an inventory of vessels held at the time by the MAEE at Helensburgh. It included three seaplane tenders, a fire float, one seaplane refueller, four marine tenders, one bomb scow and one 8 ft dumb dinghy.

The marine experimental section had 40 men. It could call upon the RAF for additional vessels as needed, such as the sea-going Fairmile launches.

Eric said that they serviced a variety of flying boats at RAF Helensburgh, among them the first Sunderland prototype K4774.

Under Warrant Officer Ritchie, the senior marine coxswain at Helensburgh, Eric was promoted from leading aircraftman to corporal.

With the promotion Eric became cox of a seaplane tender, ST 384, a Brook Marine built boat, and was taken off fire float duties and asked to extend his seamanship skills such as navigation.

He took MAEE scientific staff on trials to various locations, while colleague Corporal Andy MacMillan was given marine tender ST 369. Corporal Haynes and ST 384 were assigned to top secret duties.

One day he received an early morning call after breakfast. It was from the RAF Police telling him a car was taking him to the marine office to meet up with W.O.Ritchie and Squadron Leader Harold Hobley.

Hobley, an experienced test pilot commended for his work at Helensburgh after completing 1,000 flying hours in 30 different aircraft, said to Eric straight away: “I understand that you have been on Loch Lomond.” Eric said yes thinking what was coming next.

He and ST 384 spent time on Loch Lomond supporting top-secret trials. To get there ST 834 sailed to Dumbarton where the tender was lifted out of the water. It was then taken by road to Balloch and launched into the River Leven on the way to Loch Lomond.

Eric and his crew returned to Rhu by road to pick up bags before going by road again to Balloch to meet up with ST 384 as it was being loaded into the water by crane.

“I climbed on board ST 384, started the engines and we travelled slowly up the river to the loch and tied up on the allocated pier,” he recalls. “We would be living on board during our time on Loch Lomond.”

Eric said that the Queen Mary and Queen Elizabeth troopships were regular visitors to the Clyde waters, particularly before D-Day.

The commanding officer at the time at RAF Helensburgh, Group Captain Sidney Norman Webster, would regularly order a seaplane tender from the marine section to visit the Queens.

The Group Captain was something of a celebrity, being a winner of the famous Schneider Trophy seaplane race in 1927. The high-speed flight of RAF pilots for the race had been formed at Felixstowe with technical and design support from the MAEE.

Webster’s fame during the war years was on par with a present-day former Formula One world champion, and as a result he was welcomed aboard the liners and would shout down to the coxswain on the tender from Helensburgh: “Hang on Cox’n, I shall not be long.” 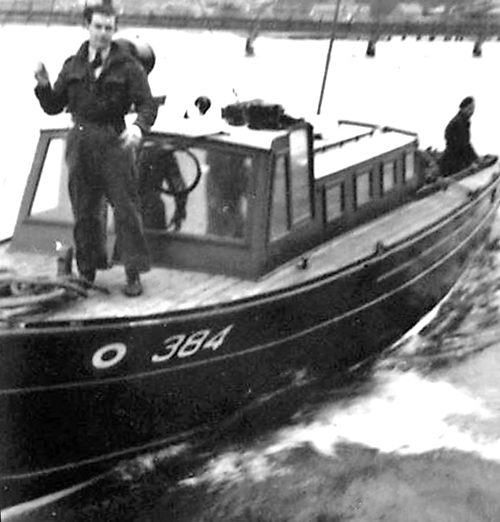 However, it would often be two to three hours before the C.O. would reappear clutching a parcel which, Eric guessed, possibly contained booze.

Another ‘webfoot’ at Helensburgh, Charles Meacock, reckoned someone had a sense of humour when he was posted here after returning from overseas.

A mate was being posted to Ireland and Charles asked: “Cannot Doug go to Helensburgh? It is nearer his home. I don’t mind where I go.” However, Charles was sent to Helensburgh and Doug went to Ireland.

He enjoyed his time on Garelochside sailing a pinnace. He was there until he was demobbed — and he signed off his memories with the words ‘happy days’.

They sailed to Ulster and returned to Helensburgh the following day facing a strong northerly wind. There was still snow on the hills when they entered the Gareloch even though it was May. 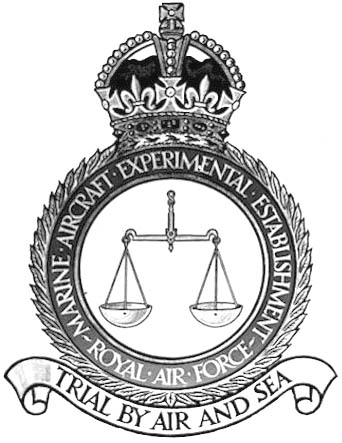 When MAEE returned to Felixstowe at the end of the war RAF Helensburgh closed and the flying boats disappeared.

The two large hangars were mothballed, but later were used by the Army supplying the rocket range at Benbecula, and now by the Clyde Naval Base as a media centre.

The marine experimental section moved from Helensburgh back to Felixstowe, where it continued its work at Felixstowe under the supervision of Vincent Drake whose wartime work was rewarded with an MBE.

Robin Bird, who researched this article, thanks Pryderi Jones of Glasgow for his help in contacting Mr Haynes. In return Robin was able to supply Mr Haynes with the only known photograph of ST 384.