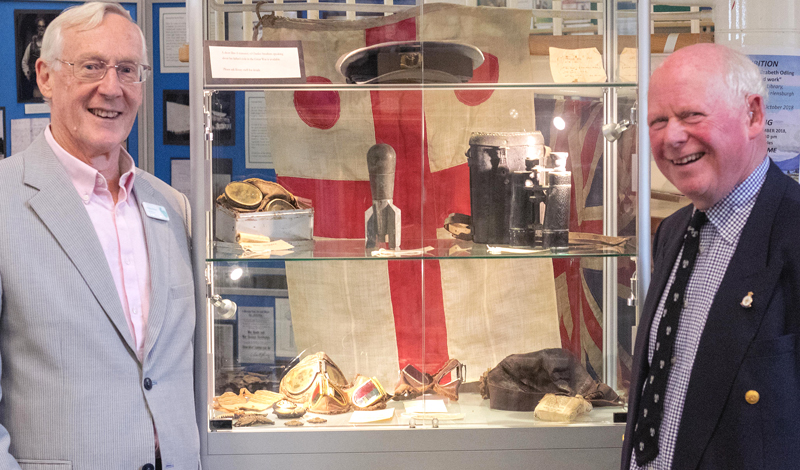 AN EXHIBITION featuring Airships in World War One is on display in Helensburgh Library in West King Street until October 27.

Organiser Eleanor McKay, Bibliographic and Local Studies Librarian for LiveArgyll, said: "In the centenary year of the forming of the RAF, we take a look at the First World War as seen from the skies, through the earlier work of the Royal Naval Air Service.

"In particular, this exhibition focusses on the merits and bravery of a local hero, Major James Gardner Struthers, who is credited with completing more flying hours than any other airship pilot and was awarded the DSC with two bars."

The exhibition includes photographs, papers and documents as well as original artefacts belonging to Major Struthers, kindly loaned by his son, Charles Struthers, who spoke at the opening ceremony about his late father's life and work in peacetime and during both World Wars — latterly as Commandant of the Royal Observer Corps.

The picture shows Rhu man Andrew Nisbet, chair of LiveArgyll, with Charles Struthers in front of one of the display cases in the Library, which is run by LiveArgyll.