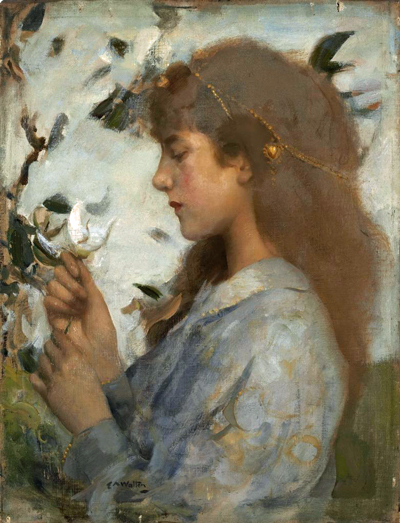 AN exhibition in Dunfermline about 'The Glasgow Boys' — many of whom lived and painted in Helensburgh and district — offers from Saturday February 3 a rare opportunity to see many of the works of Scotland’s most celebrated group of artists brought together in one venue.

All of the paintings come from the art collection cared for by Fife Cultural Trust on behalf of Fife Council, which includes forty Glasgow Boys work and features works by leading members of the group and many others associated with it — including John Lavery, E.A.Hornel, George Henry, W.Y.Macgregor, D.Y.Cameron, E.A.Walton, Arthur Melville, James Guthrie, and Joseph Crawhall.

Linked by friendship and a desire to rebel against the existing art establishment in late 19th century Scotland, the Glasgow Boys became internationally famous. They enjoyed critical acclaim and commercial success at home and abroad and their determination to break with tradition paved the way for other young Scottish artists.

Running in conjunction with the exhibition at Dunfermline Carnegie Library and Galleries is a programme of events and activities, including children’s craft workshops and lunchtime curator’s tours. The exhibition runs until April 29 and entry is free.

'The White Flower' by Edward Alexander Walton is pictured.