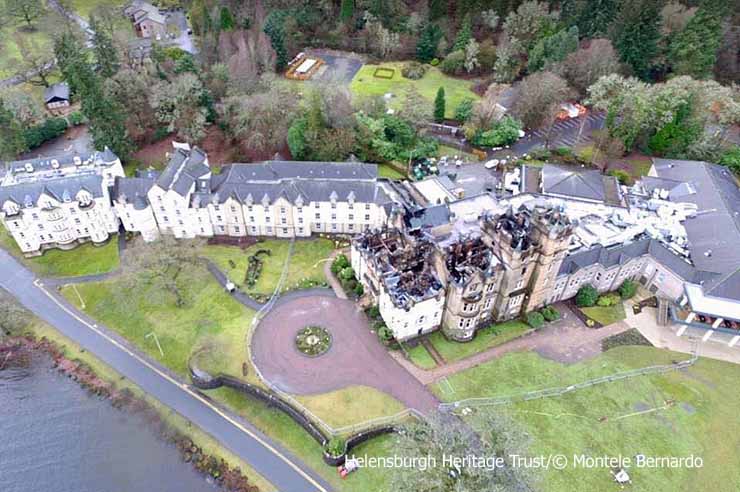 THE HUGE fire at the luxury 136-bedroom Cameron House Hotel on Loch Lomondside the week before Christmas was a tragedy with two lives lost and others injured.

Many had their festive season plans ruined, many local people who work at the complex now have worries about the future following the indefinite closure of the hotel, and Leisure Centre members have had their memberships suspended.

The blaze took hold in the old part of the building, and caused a massive amount of damage to what is an historic 18th century baronial mansion. It was the second large fire in the building’s history.

Recently someone donated to Helensburgh Heritage Trust a fascinating four-page history of Cameron House, unusual in that that it gives no indication who published it or when — perhaps around 1998.

The publication, obviously approved of by the Telfer Smollett family who lived there for generations, is the source of most of the history that follows.

It is known that by around 1400 there was a fortified stone keep with curved ceilings on the site later occupied by the mansion, but by the mid-16th century it had become a small, square house.

Owned by the Charteris of Amiesfield family, it was eventually sold to Dennistoun of Colgrain and then to the Colquhouns of Luss whose family seat, Rossdhu, was the next big house on the west lochside.

Next came the Smolletts, whose name became synonymous with Cameron House for over two centuries.

They were a family of merchants and shipbuilders who had a mansion house in Dumbarton High Street. Over the rest of the 17th century they expanded their estates to include Bonhill and Dalquhurn in the Vale of Leven.

James Smollett, who was knighted in 1690, was one of the Commissioners responsible for drawing up the Act of Union in 1707, and he went on to become the first Westminster MP for the Dumbarton burghs.

After his death the estates passed to his grandson and then to another grandson, Commissary Smollett, a judge of the Commissary Court in Edinburgh — and he bought Cameron House in 1763 and moved the family there from Bonhill.

He died in 1776, and the estate passed to his cousin Jane Smollett — sister of the world-famous novelist and poet Tobias Smollett — and her husband, Alexander Telfer of Scotstoun and Symington.

Their son, also Alexander, took the name Telfer Smollett, and from this branch of the family the subsequent owners were descended.

Alexander married Cecilia Renton, sister of the beautiful ‘Miss R’ who had taken his uncle Tobias’s fancy and featured in his novel ‘Humphry Clinker’. The couple had two sons who both distinguished themselves in the service of their country, Lieutenant Colonel Alexander Smollett — after whom Alexandria was named — and Rear Admiral John Rouet Smollett.

Alexander was killed at the Battle of Alkmaar in Holland in 1799, while the Admiral survived the Napoleonic wars and returned to Cameron House. He embarked on some improvements to the property, including a new front section.

During the Chartist riots, a mob from the Vale of Leven headed for Cameron House intent on forcing the Admiral to show them his title deeds to the lands of Bonhill, whose ownership they contested.

The wily Admiral defused their attack with an invitation to lunch, during which he plied them liberally from his well-stocked cellar to the point where those still standing reduced their demands to a shinty pitch, which he readily granted.

His second son, Boyle Smollett, was the last of the line, and he changed the family from Church of Scotland to Episcopalian. It was during his lifetime that the first large fire took place in the mansion, after which it was extensively rebuilt.

After his death the estate was inherited by Captain Buchan Telfer Smollett RN, a descendant of Jane Smollett, and then passed to Colonel Alexander Drummond Smollett who served in the Boer War.

His son was Major-General Alexander Telfer Smollett, Commander in Chief of the International Garrison in Shanghai in 1937, and father of the last Laird, Patrick Telfer Smollett.

Also a soldier, Patrick won the Military Cross while serving with the Highland Light Infantry. When he retired from the army in 1954, the Smolletts were the third longest serving family, father to son, in the British forces. 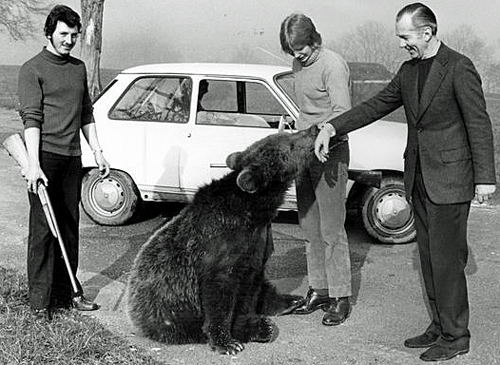 Patrick (pictured right) was the man who introduced the famous Cameron House Bear Park, when he and his wife Gina decided to set up a safari park. It included black bears, brown bears, Himalayan bears, and a big herd of bison.

“It went from strength to strength — we were getting 150,000 visitors a year, and we knew most of the animals well,” he said.

More than two centuries of Smollett ownership ended in the 1980s, when the estate was purchased by the Craigendarroch Group. They turned the house into a top of the range hotel, and built time-ownership lodges in the grounds.

Patrick was delighted with the way the house was restored, and said: “It’s far better this way than having the place become derelict.”

Craigendarroch was looking for a new location in which in which to repeat its successful Craigendarroch formula at Ballater, and Cameron House seemed a perfect place to do it.

During restoration and preservation work from April 1989 to August 1990 they found doors in the old keep, and the 40 feet narrow escape tunnel going down to the loch built around 1400. A second tunnel went in the opposite direction.

They built the bedroom extension to the east and the country club and leisure centre to the west, making sure that the new structures did not dominate the old. They added a nine-hole golf course, the Wee Demon.

The hotel has built up a reputation for fine dining, started by Jeff Bland and continued by Martin Wishart, and has outstanding leisure facilities. The views over the loch are stunning.

For some years from 1998 it belonged to the De Vere Group, but in 2015 it was bought by US firm KSL Capital Partners for around £80 million, and it recently underwent a £4 million revamp. It charges up to £800 a night.

As a hotel its guests have included Clint Eastwood, Sean Connery, U2, Cher, Michael Jackson, Robbie Williams, Cameron Diaz, Anna Friel and Jude Law, and top international golfers when the Scottish Open was played at the nearby Loch Lomond Golf Club.

Its relationship with the Scottish national football team — who until 2011 used it as a training base before matches at Hampden — came under scrutiny in 2009 when former Rangers stars Barry Ferguson and Alan McGregor were caught in the middle of a boozy night after a crucial World Cup qualification defeat to Holland.

The incident, followed by the pair’s ensuing behaviour in the next match with Iceland, spelled the end for Ferguson’s Scotland career, while temporarily halting McGregor’s before the SFA abandoned it as a base two years later.

The main part of the building contained many important and historic paintings, sketches and books. 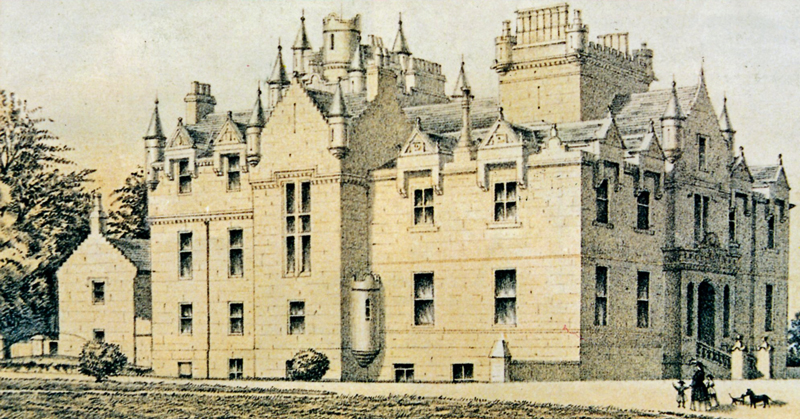