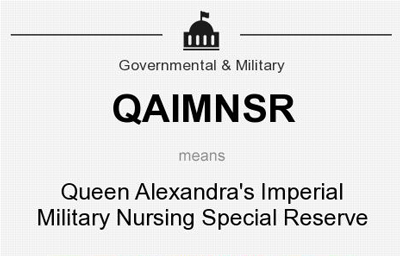 MYSTERY surrounds the fate of a brave and long-serving World War One nurse from Helensburgh.

Now the BBC want to find out more about Sister Annie McDonald Wright as part of a tribute to a young officer from Nottingham whom she nursed as he died from injuries sustained in battle.

Declan Smith is an archive researcher for the BBC, working on the centenary ceremony for the Battle of Passchendaele, or Third Ypres, which took place from July-November 1917.

He tells me: “I’m part of a small team within BBC Events, who’ve been hired as research and production consultants by the UK Department of Culture, Media, Sport.

“The programme will include projection of images related to the battle and readings of extracts from veterans’ testimonies on to the Cloth Hall in Ypres, Belgium, at the end of July.

“We have found a set of letters from Sister Annie, of the Queen Alexandra’s Imperial Military Nursing Service (Reserve), to the mother of 2nd Lieutenant J.G.Morris of the 16th Sherwood Foresters, who died while in her care, in September 1917.

“To accompany these letters, we would very much like to find a photograph of Sister Wright from that period. I feel that our best chance of doing so would be through her family.”

Documents obtained from the National Archives in London gave details of her nursing and wartime career up to being demobilised in 1920 at the age of 39.

“It was of course a very tragic case,” Declan added, “but one can see from these papers and her letters that she was a great nurse and a wonderful person.”

Annie was born in Hutchesontown, Glasgow, on December 30 1881, the daughter of coachman Thomas Wright and his wife Ann, nee Milne.

They moved to 21 Colquhoun Square, Helensburgh, when Thomas took up a post as coachman to the Ure family at their seafront mansion, Cairndhu, where he died of peritonitis on April 6 1895.

Annie was educated at Hermitage Higher Grade School in East Argyle Street, then trained as a nurse at Glasgow’s Belvidere Fever Hospital from 1903 for three years..

She worked at Glasgow Royal Infirmary from 1906-1910, first as a Staff Nurse and then, for nearly three years, as a Theatre Sister.

Four years of private nursing followed, first in Bridge of Allan and then in Manchester.

When the First World War broke out she decided to become a military nurse, and her application in February 1915 was witnessed by Helensburgh printer J.Lindsay Laidlaw — whose business later became Craig M.Jeffrey Ltd., publishers of the Helensburgh Advertiser.

Her application was accepted, and she went to France that very month.

She was very good at her job, and in November 1919 her Sister-in-charge, Janet Orchardson wrote: “Acting Sister Annie McD Wright is a very efficient and capable Theatre Sister, is very aseptic, and is conscientious and energetic.

“She has ability to train and instruct orderlies, is very tactful, always good tempered, and her general influence is good.”

The senior officer, Lieutenant Colonel Simpson, added: “I concur in everything Miss Orchardson has said. In my opinion Acting Sister Wright is one of the best theatre sisters I have known.”

Annie continued to serve in France until January 1920 when she returned to Britain, and she was demobbed on February 1.

On July 1 that year she was given the French award Medaille des Epidemies ‘en Bronze’ which honours those who distinguished themselves during an outbreak of an epidemic disease.

This was usually by: exposure to risks of contamination and treatment of patients suffering from contagious diseases; personal and honourable devotion to prevent spreading of an epidemic disease; or factual assistance in transferring disinfectants or the actual disinfection.

It is known that about this time she was considering emigrating to South Africa, and at this point the trail goes cold.

There seems to be no available information about her or her mother after this, so they may both have gone.

These are the letters she wrote, when serving with RAMC 140th Field Ambulance, to Mrs Morris about her son . . .

13th September 1917: I do hope you will have this note before learning from the War Office.

Your son Lieutenant J.G.Morris was admitted to our Ambulance about 9 o/c this morning suffering from abdominal wounds, and is very dangerously ill. He was operated on shortly after admission, and is just as well as we can expect.

He is young and strong and we hope with God’s help to pull him round for you. I will write again tomorrow and tell you how he is. Need I say how deeply we sympathise with you in your anxiety for your brave lad.

14th September: I am so pleased your son is considerably improved this morning. He had a very fair night, and tho’ not out of danger [he] is holding his own well.

He is very bright and very hopeful and makes a very good fight for recovery. If he continues to improve I will write in three or four days time, if not I will write daily. He asked me to say he would write himself shortly.

21st September: Your son, I am sorry to say, is not nearly so well this morning. He had a very restless night and his condition causes us  much anxiety. He does not appear conscious of pain and takes no interest in life.

Will write again tomorrow. I am so sorry for you so far away from your boy, but we give him all possible care. Believe me.

23rd September: Your wire came this morning just an hour too late, your dear boy having passed peacefully away at 9 o/c.

Sister Rickard was with him and took this little piece of hair for you.

She also put some white flowers in his hands in your name, she was very very good to him and he seemed to prefer her looking after him.

It may be of some comfort to you to know he didn’t suffer, only from the very first seemed tired out. His wound which was an abdominal one did very well indeed.

I cannot tell you how sorry we are not to have been able to save him for you, but really if you had only seen how wearied he looked you would not grudge him to rest.

With deepest sympathy with all his friends.