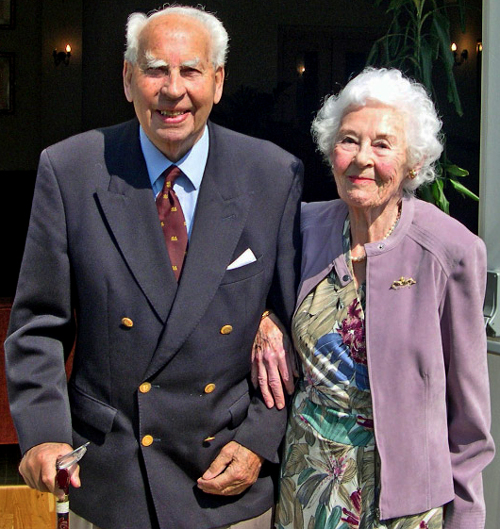 ONE of Helensburgh’s best known navymen, Captain Ernest Turner, CBE, DSO, DSC, DL, RN, was involved in setting up the Clyde Naval Base at Faslane, and had several other claims to fame.

After his childhood in the burgh he went on to have a distinguished career in submarines in World War Two, was a key figure in preparing for the introduction of Polaris missiles at Faslane, and was Vice-Lieutenant of Dunbartonshire.

Born at 42 John Street, Helensburgh, on March 21 1914, Ernest John Donaldson Turner lost his father, also Ernest John, when he was two, but grew up with his mother Margaret and was educated at Hermitage School when it was in East Argyle Street.

He was a Life Boy and later a member of the Boys Brigade, but his decision to dedicate his working life to the navy was driven by the loss of his father, a Chief Petty Officer, on June 5 1916. By then his mother had moved to Palestine Place, 31 James Street.

Chief Writer Ernest John Turner, clerk to the captain of HMS Hampshire, drowned with the Secretary of State for War, Field Marshal Lord Kitchener, when the cruiser hit a mine laid by the German submarine U-75 and sank very quickly.

The sinking of HMS Hampshire off Orkney with the loss of over 700 lives, almost everyone on board, was one of the most publicly shocking events of the Great War.

Field Marshall Lord Kitchener and other senior officers were travelling on HMS Hampshire on route from Scapa Flow to Archangel in Russia for military and political discussions with Imperial Russia on joint allied tactics against the German powers.

He entered the Royal Naval Reserve after gaining his second mate’s ticket and transferring to the Royal Navy in 1938.

Five months before the outbreak of World War Two and when serving in minesweepers he volunteered for submarines.

He trained at HMS Dolphin in Gosport and then joined HMS Otway as third hand, taking part in anti-submarine training at Malta, Alexandria and Gibraltar.

In 1940, he became liaison officer of the French submarine Rubis, a minelayer which operated from Dundee with great success in Norwegian waters, sinking five enemy ships in six weeks — two of them on the same day.

He was awarded the Distinguished Service Cross in January 1941 “for outstanding zeal, patience and cheerfulness, and for never failing to set an example of wholehearted devotion to duty during successful minelaying operations on FS Rubis”. He also received the Croix-de-Guerre from the French authorities.

Next he served throughout 1941 as 1st Lieutenant on the Gibraltar-based submarine HMS Clyde, sinking enemy shipping and patrolling from the Mediterranean to the South Atlantic.

He completed the gruelling submarine commanding officers qualifying course, now known as the Perisher, in 1942. From a course of 19, he was the only one to survive the war.

After qualifying, he was appointed to command HMS Sibyl, then being built at Cammell Lairds, Birkenhead.

Hours before the Allied landings in North Africa, HMS Sibyl, then on patrol off Toulon, was ordered to rendezvous off the south coast of France to pick up seven officials of General Giraud’s staff.

Commanded by the then 28-year-old Lieutenant Turner, Sibyl edged her way inshore to within 300 yards of the beach.

Two hours were spent watching the lights and flashes from trains and cars passing along the coast, until out of the darkness a small boat approached and the French staff officers clambered aboard.

Lieutenant Turner leaned over the conning tower and demanded the password.

A voice softly replied: “They seek him here, they seek him there. Those Frenchies seek him everywhere. Is he in heaven or is he in hell? That demned elusive Pimpernel.”

The French staff officers, including a woman officer who had given the password, clambered aboard. In the official account, the woman was described as having “adapted herself most quickly to submarine life”.

Sibyl remained in the Mediterranean theatre until March 1944, sinking several enemy ships during her 17 patrols and completing special operations.As a result he was awarded the Distinguished Service Order “for bravery and skill in command of His Majesty’s Submarine Sibyl in successful war patrols in the Mediterranean”.

Following his outstanding service in Sibyl which ended in July 1944, he commanded the submarine Affray — later to be the last Royal Navy submarine to be lost at sea, on April 16 1951 with the loss of 75 lives — until 1946.

Next came senior posts at HMS Ganges, the 3rd Submarine Flotilla at Rothesay, Londonderry, command of the 4th Submarine Squadron in Sydney, Australia, and command of HMS Terror, the Singapore shore base.

His career came full circle when he was appointed to command HMS Dolphin and the 1st Submarine Flotilla in Portsmouth, deputising for the flag officer submarines in the rank of Commodore.

He returned to his home district in 1965 and became Captain-in-Charge Clyde.

He was heavily involved in preparations for the arrival of the Polaris nuclear missile system and played a leading role in bringing it to Faslane and Coulport. 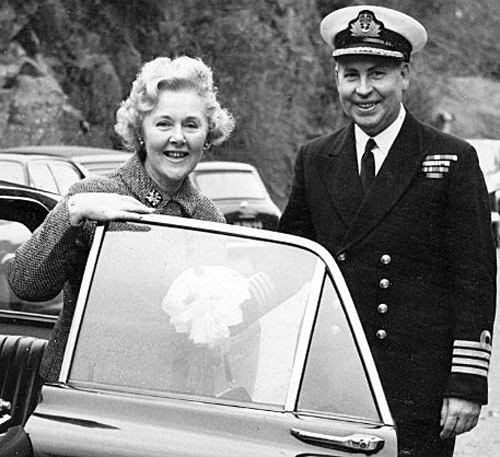 His final Royal Navy appointment was as Queen’s Harbourmaster for the Clyde Dockyard Port before retiring in 1968 and handing over the command to the Commodore Clyde at Faslane.

On relinquishing command, he was made CBE.

He then worked for Clyde Port Authority before rejoining the Ministry of Defence as senior schools liaison officer, responsible for Royal Navy and Royal Marines recruitment in Scotland and northern England.

Later he worked as personal assistant to the chairman of whisky distillers Whyte & Mackay from 1980-82, became Deputy Lieutenant for Dunbartonshire in 1979 and then Vice Lieutenant in 1986, and was still volunteering three days a week at the Dumbarton Citizens Advice Bureau into his late 70s.

He also chaired King George’s Fund for Sailors and the Sea Cadet Association in the west of Scotland.

He and his wife for 66 years, Kitty, married in 1940 and lived for nearly 40 years in Drymen and, latterly, Blanefield. They had one daughter, Hilary.

A keen sportsman in his younger days, he was a witty and sociable man who was devoted to his family and immensely proud of his service to his country.

He died at Blanefield on March 2 2007 at the age of 92. His father is remembered with honour on the Portsmouth Naval Memorial.