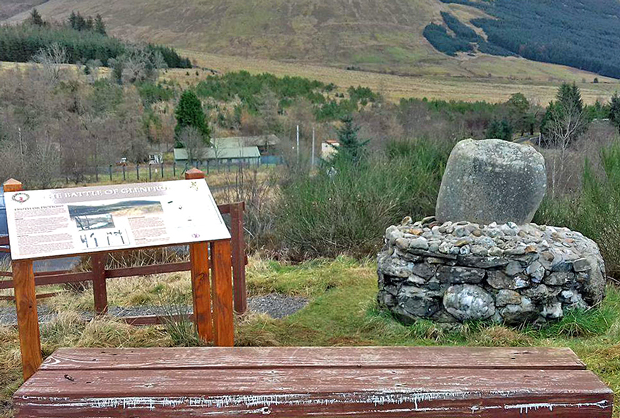 A DESCRIPTIVE panel has been erected by Helensburgh Heritage Trust beside the Battle of Glen Fruin cairn at the west end of the glen.

Sponsored by Luss Estates and prepared by Sarah Crome, the panel tells the story of the battle.

The decision to erect it followed the construction of a pathway up to the cairn last year for the Trust by the Community Payback project.

The cairn, which is located beside the road near the head of the Glen on land owned by Luss Estates, was erected in the 1960's to mark the approximate site of the clan battle that took place there in 1603.

The final part of the project is to tidy up and clear vegetation so that visitors sitting on the wooden bench have a better view down the glen.