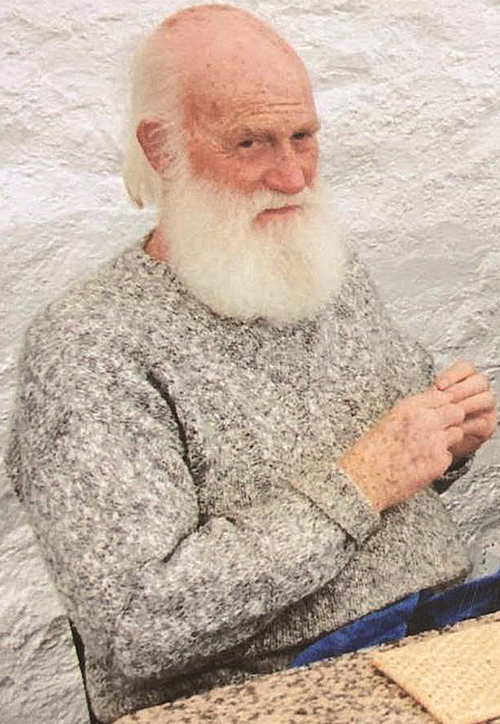 A HELENSBURGH man was not only one of the West of Scotland’s leading artists . . . he also taught thousands of young people to love art.

Bill Wright RSW, who lived at 16 Craigendoran Avenue for 51 years, died peacefully on November 8 2016 at the age of 85 after a long period of ill health.

He was considered to be an artist and visionary teacher who helped to infuse the lives of countless youngsters with an appreciation of the art world.

His talent first emerged when he was a boy, and he would draw endlessly to amuse himself while bedbound with illness.

He went on to study painting at Glasgow School of Art and became an award-winning watercolourist, inspired by the seascape and ever-changing sky on the Kintyre peninsula where a cottage was his beloved second home.

Bill would spend more than half the year in Kintyre after he retired painting and gardening and was only unable to go there a year and half before he died.

Born on September 1 1931, the son of a shipyard plater, he was brought up in Partick and attended Dowanhill Primary School before being evacuated to Dunoon in World War Two.

After returning home he went to Hyndland Senior Secondary and, despite being discouraged by his parents who would have preferred him to have what they considered to be a “proper job”, he enrolled at Glasgow School of Art in 1949. 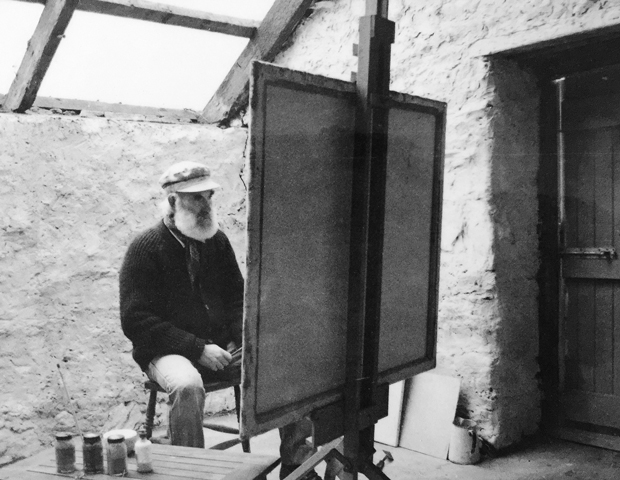 After graduating he completed his National Service, which he felt interrupted his art career.

He served at Catterick army garrison but was a pacifist who abhorred war and dismissed the opportunity to be promoted to sergeant as an army career held no interest.

His first teaching post was at East Park School in Maryhill. He moved in 1965 to St Patrick’s High School in Dumbarton in 1965 and spent two years there before becoming Dunbartonshire’s youngest art adviser at the age of 36.

In this post he widened accessibility to, and championed the importance of, art education in secondary schools, supporting his ethos of encouraging an interest in art for all.

Over the next two decades he fostered the idea of instilling a cultural interest in art among pupils.

His belief was that teachers were not just there to create artists, but to give all children a good art experience.

He established a residential art course for children at the Pirniehall residential educational facility at Croftamie, where youngsters from different backgrounds could investigate the idea of an art career by experiencing different mediums in an art camp.

He is said to have been instrumental in encouraging the implementation of Scotland’s Standard Grade art and design qualification. 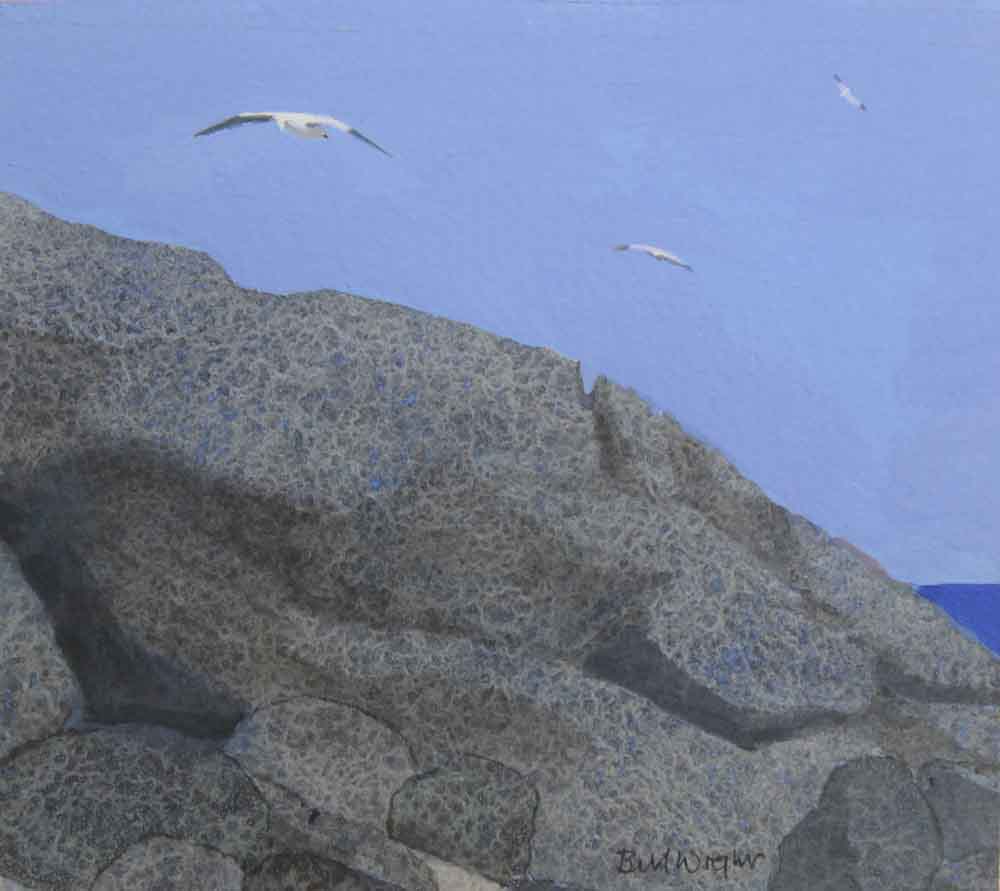 However he suffered from the chronic arthritic condition ankylosing spondylitis which, by the age of 55, forced him to take early retirement from his post in the education department of Strathclyde Regional Council.

Throughout and after his teaching career he continued to paint, amassing and selling a large volume of work.

He was elected to the Royal Scottish Society of Painters in Watercolour in 1977 — and this connection continued until the day he died when, by coincidence, the RSW sold his painting ‘Deep Inlet” at their Open Exhibition in Stirling.

A member of Glasgow Art Club for many years, he was also an elected member of the Glasgow Institute of Fine Arts and Paisley Art Institute, served as president of the Scottish Artists Benevolent Association for 14 years, and was a Scottish Arts Council lecturer, touring the country.

He was for a time secretary of Helensburgh and District Art Club and sometimes exhibited at their annual shows in the Victoria Hall. He once had a one-man show in what is now the Rowan Gallery on the seafront.

For a time he worked to earn extra money as newspaper cartoonist for D.C.Thomson Ltd., drawing comic images for the Dundee-based Weekly News that attracted fan letters from readers tickled by his humour.

Perhaps his greatest inspiration was the view from the cottage he stumbled upon half a century ago at Bellochantuy, seven miles from Campbeltown. He rented the property and set up a studio with vistas encompassing sea, beach, rocks and sky. 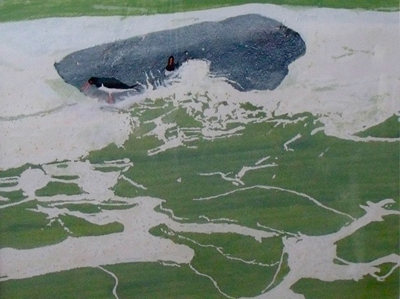 He was completely smitten by the area with the constantly changing moods of the sea and light of the sky, and was ultimately bequeathed the cottage by the owner who had become a close family friend.

At the cottage he was known to leave the dinner table to go outside on to the beach to try to capture a good 180 degree sunset before it went.

His series of Towards Islay focused on these ever changing skys. He captured the patterns and waves of the sea and painted waves crashing on the rocks.

His work had a unique method of creating watercolour texture which he used to illustrate the water and the rocks.

His work was hung in all the major shows in Scotland and in galleries across the country from Aberdeenshire to Edinburgh, Glasgow and south of the border. It features in the public collections of Stirling and Strathclyde Universities and the Educational Institute of Scotland, and the Duke of Edinburgh’s Collection.

He received, among many prizes, the Laing Prize for Landscape and Seascape and the RSW’s Sir William Gillies Award. 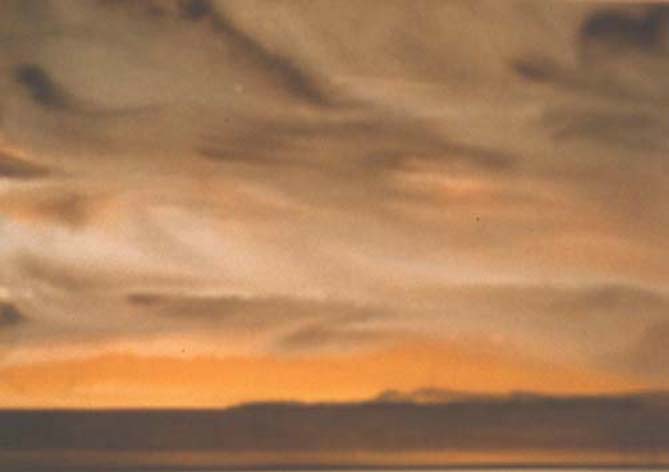 His friend Ailsa Tanner, the Helensburgh artist and art historian, felt that his work should be included in the Anderson Trust Local Collection, and in 2001 the Trust bought the watercolour and ink ‘Winter Sunset, Rosneath Point’.

Trust secretary Mary-Jane Selwood said: “Bill’s paintings were about west coast sea and shoreland — the mood, weather, atmosphere — and he rarely gave them an area-specific title.

"But he made an exception with this one to re-enforce its local connection.”

A mentor, an innovator whose views sometimes challenged others, Bill was also a caring man who, beyond the art world, generously supported the wider community, particularly charities helping children. 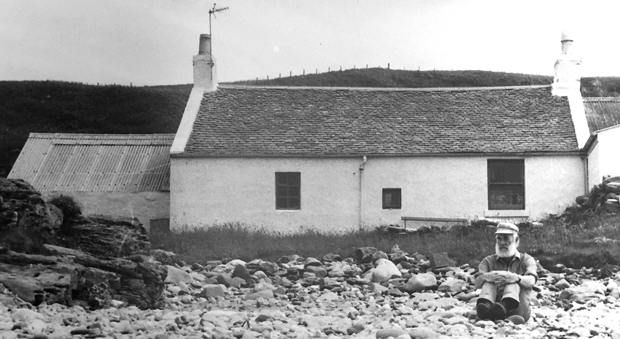