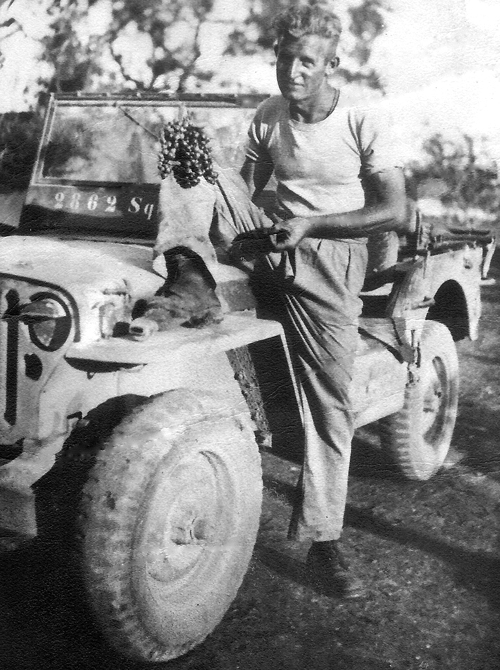 RAF Helensburgh was a flying boat base with around 375 people sworn to secrecy about what they did. As a result, more than 70 years later, this can present a problem for relatives tracing loved ones to wartime Helensburgh.

Confusion arises because RAF Helensburgh was the cover name for the Marine Aircraft Experimental Establishment, which had moved from Felixstowe at the start of the war.

Eye on Millig has included many articles about MAEE in recent years, almost all based on research by retired Merseyside newspaper editor Robin Bird who has written two books about the establishment and its staff based in Helensburgh and Rhu.

Versions of the articles can be studied on the Helensburgh Heritage Trust website, which has had over three million visitors in the past six years, and this has led to many inquiries.

The latest came recently from Down Under. Tim Davis in Sydney knew little about Helensburgh, or what his late father did there, until he contacted Robin whose late father, Bob Bird, served as a photographer at RAF Helensburgh.

Tim’s dad Arthur served at Helensburgh with 2776 Squadron during the war, flying in Short Sunderland and Saro Lerwick flying boats. Tim’s unusual question was: “Has 2776 Squadron anything to do with RAF Helensburgh?”

Flying boat operations at Helensburgh were always clouded in secrecy, and MAEE’s work was subject to the Official Secrets Act. Many of its official reports remained secret until the 1970s, but now they can be examined at the National Archives at Kew.

The fact that RAF Helensburgh’s headquarters and flying boat hangars were at Rhu adds confusion for those researching the subject.

Even during the war RAF Helensburgh was a mystery location for new recruits arriving at Glasgow railway stations. “Where is RAF Helensburgh?” they would ask.

Some expected the posting was to an airfield. But the usual response was: “Best ask when you get to Helensburgh.”

When they arrived at Helensburgh Central the station master would ring Rhu 325 to say: “We have another one here for you.”

Arthur had an eventful war home and abroad, which Tim knows about — except for 2776 Squadron.

Born in 1908 and brought up in Brechin, Angus, Arthur joined the RAF in 1929, service number 510660. Both he and his brother Richard served alongside a marine aircraftman called T.E.Shaw of the MAEE when in Felixstowe.

Shaw, of course, is better known as T.E.Lawrence of Arabia fame, but kept a low profile at Felixstowe shortly before his death testing high speed launches. Arthur once told Tim that Shaw looked an insignificant little man as he was only 5ft 5 ins tall.

Arthur worked as a seaplane handler and aircraft fitter. He was in civvies and on the reserve list in 1939, but he was recalled by the RAF and was posted to Helensburgh in 1940.

Robin tells me: “Initially we were at sixes and sevens about Arthur being with 766 Squadron.

“This was incorrect although 766 Squadron at RAF Machrihanish did have links with the MAEE. It provided Fairey Swordfish for MAEE to conduct torpedo and ricochet bomb trials off Islay.”

But once it was confirmed that Arthur served with 2776 Squadron Helensburgh, things became clear — 2776 Squadron RAF Regiment was a ground defence and AA gun unit, and the prefix 2 was later dropped.

At the time of the Clyde Blitz the defence of RAF Helensburgh was of paramount importance, and Arthur was part of the 776 team responsible for defending the base.

His experience with flying boats meant he also served with the MAEE, and he was regularly called upon to carry out flying boat duties, including trials, as a crew member or observer.  Tim remembers his dad talking about flying in Lerwicks and Sunderlands.

Arthur was posted to Douglas in the Isle of Man for a gunnery course, but returned to Helensburgh in 1942 before being posted to sunnier climes, as shown in the picture above.

Through squadron and army records Tim successfully traced his father’s wartime career.  Helensburgh was the only ‘black hole’ until now, as there are no squadron records for RAF Helensburgh.

Tim now knows RAF Helensburgh and MAEE were the same thing, and what 2776 Squadron was doing at Helensburgh until it disbanded on October 22 1942.

Arthur would have lived in airmen’s quarters at Rhu, near to the headquarters at what is now Rosslea Hall Hotel, and he would have had a busy time contributing to the war effort.

MAEE conducted 186 separate trials between January 1 1939 and January 1943, the period Arthur was there.

He ended his war in occupied Germany taking part in the hunt for an elusive ME 262 jet plane. Robin had one final thought: Tim said that his dad once mentioned a Flight Lieutenant G.A.Killick at Helensburgh and his secret weapon, whatever that was.

Robin is now looking for information about the secret weapon.