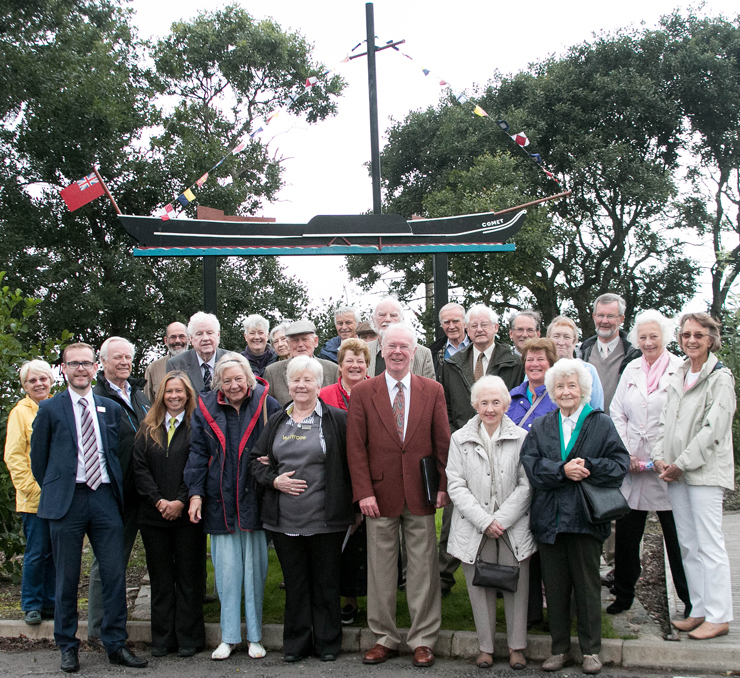 A SILHOUETTE of Henry Bell’s Comet which stands beside the car park of the Waitrose store at Colgrain was formally presented by Helensburgh Heritage Trust to the store today (Wednesday August 31).

Built by apprentices from Babcock Engineering at Faslane to a design by burgh architect Ian Plenderleath, it was first display as part of the Comet bicentenary celebrations in Helensburgh in 2012.

It was hoped that its permanent home could be near the pier, but Argyll and Bute Council’s area committee turned down the Trust’s offer to donate it. Instead, it was accepted by Waitrose.

After various modifications it now stands on a specially landscaped area with the railway and the Clyde behind.

Guests at the ceremony included Ian Plenderleath, David Nicoll who did the structural engineering, Neil Macleod who painted flags, and Richard Schooling who helped with the rigging.

Trust treasurer Stewart Noble, who led the bicentenary celebrations, said: “You can argue that the importance of shipbuilding on the Clyde 100 years ago was largely down to Henry Bell. You can argue also that he was a pioneer of tourism in this part of Scotland, so he is definitely a man who deserves to be remembered a lot better than he probably has been. 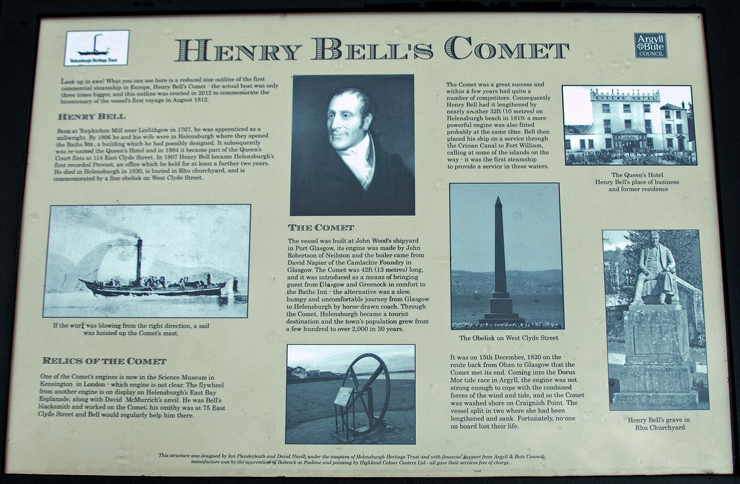 “So I was delighted that we were eventually able to get this one-third silhouette of the Comet erected here.”

Ex-Provost of Helensburgh and district and one of the Trust’s two honorary members, Billy Petrie, said: “It is nice to honour Henry Bell — I was the Provost and so was he! If he was alive today he would be 249 years of age.

“He came here aged 40 as the Provost, and you know if you asked someone in Helensburgh who was the Provost 30 years ago, no-one would have a clue. But after all these years everyone knows of Henry Bell.

“When you look out at the river today and see the cruise liners there, this was the beginning of it all.”

The silhouette was accepted by Max Byrne of Waitrose.

He said: “We think it is a unique thing for the company that we have got such a landmark, and what it does in my view is ties us to the town and its history. It is an honour to have it.”