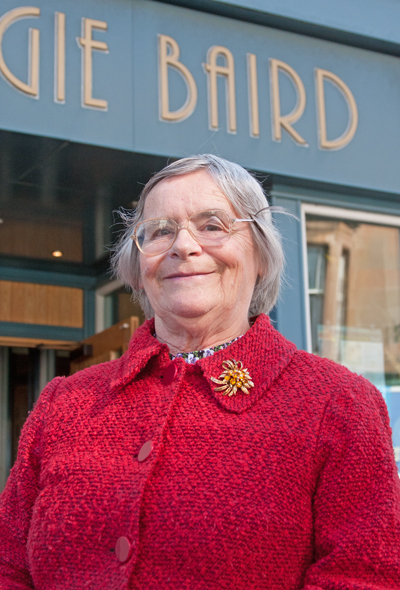 Mrs Richardson, whose brother Professor Malcolm Baird is president of the Trust, died suddenly but peacefully at Monklands General Hospital on Saturday July 2 2016.

She spent much of her youth at The Lodge, West Argyle Street, and attended St Bride's (now Lomond) School, then studied English at Glasgow University where she met her husband Norman. They made their home in Uddingston.

She is survived by Norman and their children and grandchildren.

The funeral was held on Friday July 8 at Park United Free Church, Uddingston, and then to Daldowie Crematorium, Broomhouse.