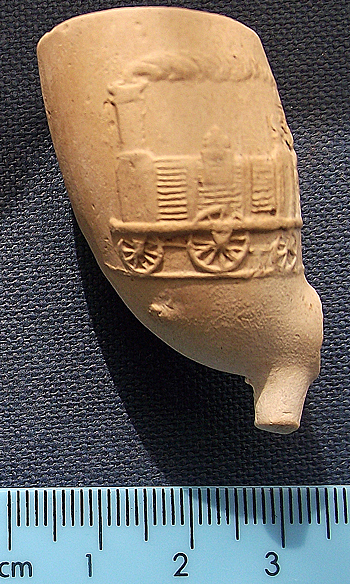 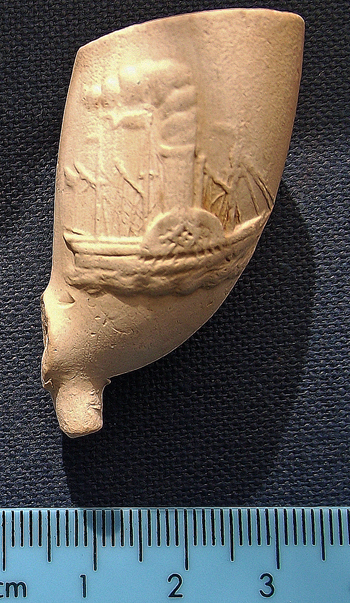 THE REMAINS of an impressive tobacco bowl clay pipe are puzzling members of both the North Clyde Archaeological Society and Helensburgh Heritage Trust.

The pipe was one of a number of finds made by society members during excavations at a cave at Portkil, Kilcreggan.

On one side is an early steam locomotive, and on the other is a steam paddle boat with similarities to some representations of Henry Bell’s Comet.

Heritage Trust chairman Stewart Noble thinks that it is not the Comet because it has two masts aft of the funnel, which Bell’s vessel did not have — unless the masts belong to other vessels in the background.

Stewart, who is the author of a book about local railways, says that the locomotive is very early, in his opinion no later than 1825.

Society chairman Tam Ward wondered if it might be from the Kilmarnock and Troon Railway, which was one of the very first in Scotland and which a handful of years after opening acquired the first steam locomotive in Scotland in 1817 or 1818.

However Stewart feels that the locomotive on the pipe does not appear to be that one.