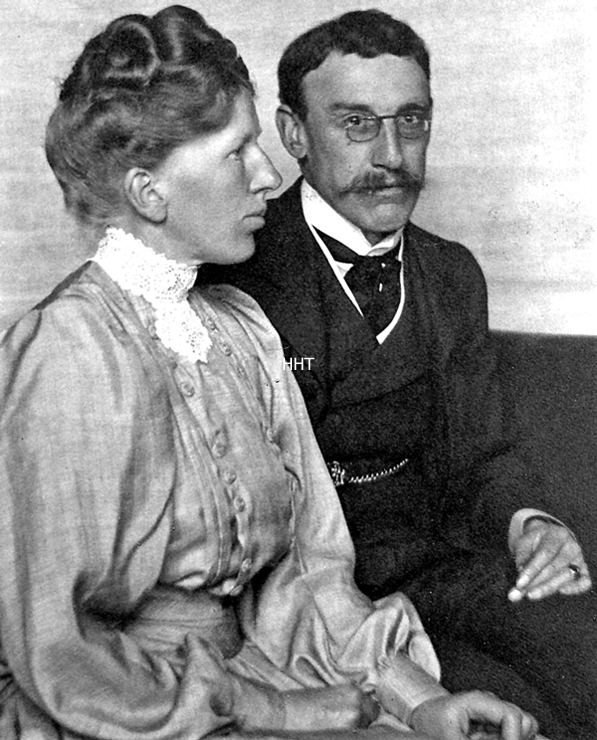 THE Helensburgh woman whose husband designed the Cenotaph in Hermitage Park and several important burgh buildings was herself a very talented artist.

Maggie Hamilton, who married architect and artist Alexander Nisbet Paterson in 1897, was a leading embroideress of her time and also highly regarded as a painter.

Born in Kelvinside, Glasgow, on September 1 1867, Maggie was the daughter of Glasgow bobbin manufacturer James Hamilton and his wife Mary Stevenson.

The family moved to Thornton Lodge in Sinclair Street, which played a big part in her life and became the focus for a number of Glasgow artists in the late 1800s.

Her eldest brother was James Whitelaw Hamilton, one of the first members of the Glasgow Boys group of artists, many of whom came to visit and indeed to paint at Thornton Lodge.

Her brother visited James Guthrie — later Sir James — at Dunglass, East Lothian, taking his sister with him to help with the housekeeping, and she was as immersed in art as they were.

Sir James, who lived in Rhu for much of his life, painted her portrait several times around 1892, the year he was elected to the Royal Scottish Academy.

She too became a painter and studied at classes run by Mary Park and Madge Ross at ‘The Studio’ at first 8 then 3 Prince Albert Terrace, Victoria Road, concentrating mostly on flower subjects in oils, but also occasionally working in watercolours.

She also became famous in the late 1890s for her embroideries in Chinese silks.

At the age of 29 she married 34 year-old A.N.Paterson, who was at that time living at Torwood, Rhu, on April 29 1897 at Claremont Congregational Church in Glasgow. His brother was noted artist James Paterson.

The couple set up home at The Turret, 22 Millig Street, now known as Ard Rhu, and in 1901 moved to The Long Croft — initially named The Croft — at the far end of Rossdhu Drive.

Her husband designed both houses, and she played a large part in decorating them.

A relative, Anne Paterson Wallace, summed up Maggie’s artistic life in a catalogue introduction for an exhibition entitled ‘The Paterson Family’, staged in London’s Belgrave Gallery and by Edinburgh’s Fine Art Society in 1977. 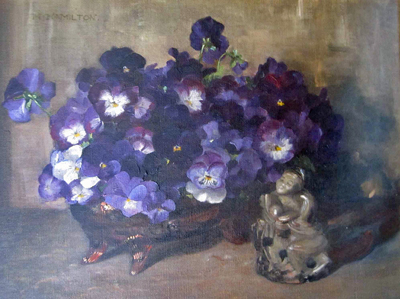 She wrote: “Mrs A.N.Paterson always signed herself Maggie Hamilton.  She was a very fine embroideress, as well as a painter of highly finished still-life subjects.

“She exhibited in the International Exhibition in Glasgow in 1901, and was much involved in the Art and Craft Movement of the time.

“One of the embroideries in this Exhibition is a formidable work, and took five years to complete.

“It is interesting to note that the weaving trade and the craftsmanship required in the creation of cloth were present in the family histories of both Maggie and Alexander.

“Maggie was most elegant, and surrounded herself with beautiful things — sharing with her husband a similar cultural background, and a deep involvement in the arts.”

Anne Paterson Wallace, who has lived in the Ipswich area of Suffolk since after her wedding in the 1950s, was a great niece of A.N.Paterson.

She established a James Paterson Museum in Moniaive which closed in 2009, and she gifted Paterson records, drawings and photos to Glasgow University.

A leading Helensburgh artist and art historian, the late Ailsa Tanner, was another admirer of Maggie’s work, and included some of it in an exhibition she curated in 1972 entitled ‘Helensburgh and the Glasgow School’.

She exhibited her work at the Glasgow International Exhibition in 1901 and became an artist member of the Lady Artists Club in the city, serving twice as its vice-president, in 1928 and again in 1937.

She also exhibited at the Royal Academy from 1929-33 and at the Society of Women Artists in 1906. One of her non-floral still life works was entitled ‘One Poached Egg on Toast’, and another ‘The Buddha’.

Maggie was largely responsible for the interior design of the Long Croft, in particular the remarkable embroidered floral over-mantel panels which testify eloquently to her artistic skill. 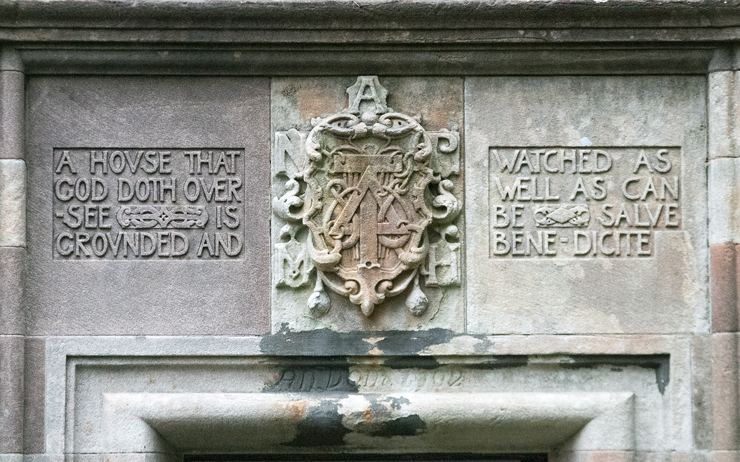 The family crest over the entrance has the initials ANP and MH intertwined, and the inscription flanking it is “A house that God doth oversee is grounded and watched as well as can be — Salve Bene Dicite”.

The house, which cost £3,615 to build, still has a fine well-preserved Edwardian interior with plasterwork by Bankart, embroidery panels by Maggie — although her husband designed the frames — and chimney pieces by George Walton.

She commissioned from her daughter Viola a set of three stained glass windows for St Bride’s Church commemorating her family — Maggie’s parents and her aunt.

Thanks to the efforts of the Helensburgh Heritage Trust these windows were preserved and can be seen, mounted as panels, in Helensburgh Library in West King Street.

She died on January 31 1952, but her works had lasting quality and in 1982 some were exhibited at the Centenary Exhibition of the Glasgow Society of Lady Artists.

Helensburgh’s Anderson Trust Local Collection bought a portrait of Maggie by her husband in 2009, and recently one of her floral paintings was donated to the Trust. 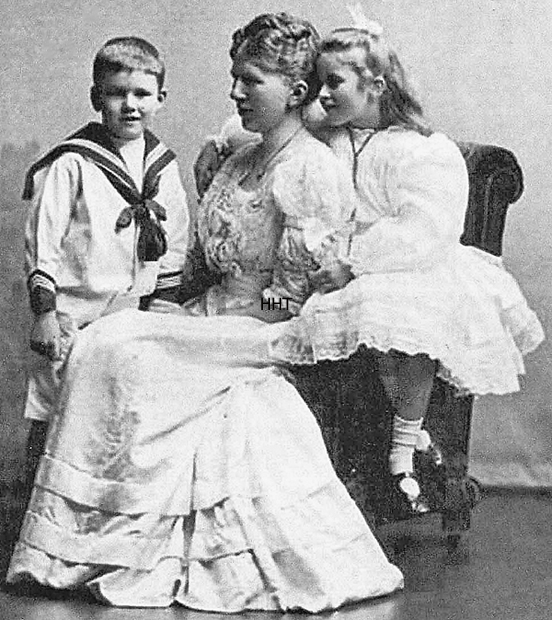 In 1962 her only son, Colonel Alastair Paterson, born on October 20 1900 at The Turret, was elected the first and only Honorary Burgess of Helensburgh for his services to the community, not least for the Town Council as Burgh Treasurer.

His sister Mary Viola, born on February 19 1899 at The Turret, inherited the artistic ability of her parents, spent much of her life in Europe, but returned to live at Long Croft after her mother’s death in 1952, until her death in 1981.

Viola is remembered for colourful oil paintings and innovative woodtype prints, and was equally talented as a colourist in oil, watercolour and as a lithographer and engraver.

She studied with Henry Tonks at Slade School of Fine Arts and from 1919-23 attended the Glasgow School of Art under Maurice Greiffenhagen. In 1924-25 she studied in Paris at L’Academie de la Grand Chaumiere with Lucien Simon Besnard and then with Andre L’Hote.

She continued to paint in France, although she travelled around Europe, but returned to Britain in 1941. During World War Two she worked for several years for the Admiralty in Oxford.