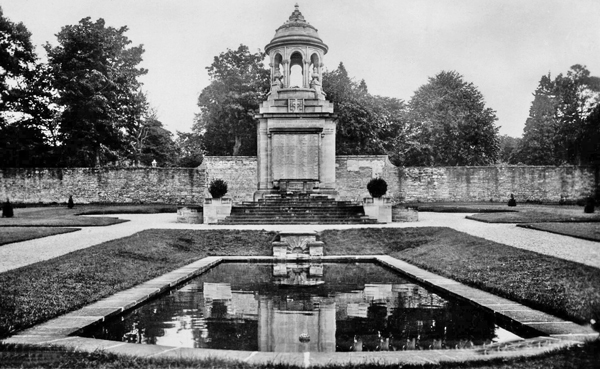 REDEVELOPMENT of Helensburgh's Hermitage Park has been given another boost with the award of £60,000 from the War Memorial Trust.

This is double the amount usually awarded from the trust’s Centenary Memorials Restoration Fund, and will go towards the repair and renovation of the 40-foot memorial designed by renowned burgh artist and architect Alexander Nisbet Paterson.

The A-listed war memorial includes a monument, reflection pool, ironwork gates and sits in the walled garden, which was originally the kitchen garden to Hermitage House.

Each element needs specialist repair work. The grant funding will support work to re-point, repair and clean the stonework on the monument and the surrounding wall as well as the corroded bronzework.

Repairs to the reflection pool will make it watertight while the ironwork on the entrance gates will also be restored.

The garden of remembrance had been closed for some time because of vandalism but is now opened through the week and at weekends thanks to a partnership between the Friends of Hermitage Park Association and Argyll and Bute Council’s amenity services team.

A council spokesman said: ‘’We are still searching for a copy of his original design plans for the memorial. If anyone has any information about this we would be very grateful if they could get in touch with Melissa Simpson, our development officer, on 01436-658989.’’

The council received confirmation from the Heritage Lottery Fund in January 2014 that the bid for a grant to regenerate Argyll and Bute’s only urban park had received first round approval. This included a grant of £169,700 to carry out the development phase of the project.

The finalised plan was submitted to the Fund at the end of August, with the outcome of the £2.2m bid expected to be announced in December.