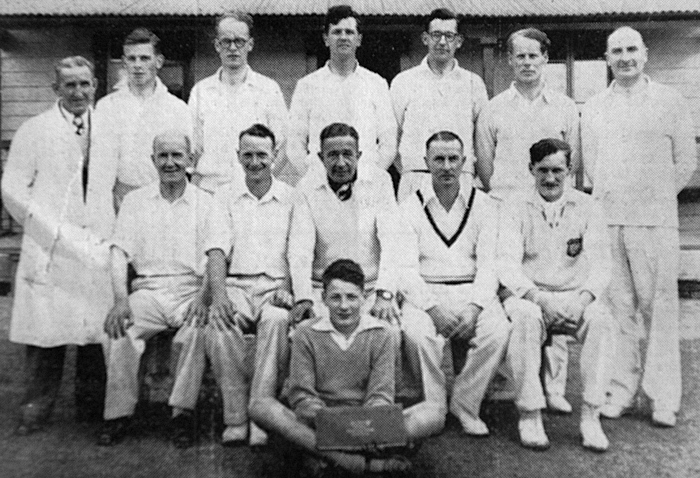 A HELENSBURGH man who died in 2000 at the age of 80 was reckoned to be the last remaining officer of the Argyll and Sutherland Highlanders to win the Military Cross twice in World War Two.

John Henry Fleck Morton — known to all as Harry, which was also his father’s name — was born in Old Kilpatrick in 1920 but grew up in Helensburgh and spent much of his life in the town.

His parents lived at Sherwood, 2 Lower Sutherland Crescent, and after his marriage to local girl Moira Campbell Stewart the couple made their home at Easterton House, Glasgow Street.

Educated at Larchfield School, which is now part of Lomond School, Harry was commissioned in January 1941 and shortly after was posted to the 7/10th (later 7th) Battalion of the Argylls, sailing with it to Egypt in June 1942, as part of 51 (Highland) Division.

Lieutenant Morton took part in the Second Battle of Alamein in 1943 commanding for a short time H Company consisting of spare men of HQ Company.

The Allied victory marked a major turning point in the Western Desert Campaign, following the First Battle of El Alamein, which stalled the Axis advance into Egypt.

Under the command of Lieutenant-General Bernard Montgomery the British Eighth Army turned the tide in the North African Campaign and ended the Axis threat to Egypt, the Suez Canal, and of gaining access to the Middle Eastern and Persian oil fields via North Africa.

From a psychological perspective, Second El Alamein revived the morale of the Allies, being the first major offensive against the Axis since the start of the European war in 1939 in which the Western Allies had achieved a decisive victory.

It was in August 1943, by which time the battalion had fought its way across Africa and into Sicily, that Harry won his first MC.

He was ordered to take a three-man patrol, carried in a tracked Bren gun carrier, and covered by a section using Vickers medium machine guns, to investigate whether the high and dominating area of Mount Spezia was occupied by the enemy.

Here, he surprised a German rearguard post of a sergeant major and ten men, whom he disarmed and made prisoner.

He then patrolled the rest of the ridge to ensure it was clear of the enemy, before returning to the battalion with his prisoners. For this he was awarded an immediate Military Cross.

By August 1944 he had become a Major, commanding B company of the 7th Argylls in north-west Europe.

The bar to his MC was earned on February 21 1945 for gallant and distinguished service.

It was during the Reichswald battle, known as Operation Blockbuster and part of Allied Supreme Commander General Dwight Eisenhower’s strategy to occupy the entire west bank of the Rhine before crossing it.

B company was second in the line of march, when it was suddenly and tragically attacked, in broad daylight, by RAF bombers.

The whole of the company HQ, and a number of the leading platoon, were either killed or wounded.

The citation stated: “The attack was very demoralising in view of its suddenness and the fact that it was carried out by our own bombers, which could be clearly seen.”

Although it seemed the air attack would continue for some time, Harry stayed on his feet, rallied his men, and took part in the attack as planned, opening up the important road through the town.

His actions during the air attack, and the subsequent attack on Goch, resulted in the award of an immediate bar to his MC.

The citation added: “Only by his splendid leadership and the respect in which he is held by his men was it possible for this attack to be put in successfully, and what might have been a serious delay with far-reaching consequences was averted by this officer’s courage and powers of leadership.

“By keeping up to time and accordingly getting the fullest advantage of the supporting artillery programme, Major Morton carried out a highly successful attack which resulted in the final clearing up of the part of Goch still in enemy hands and the speedy opening up of the important road through the town.

“Throughout the whole action, Major Morton displayed fearless and determined leadership of the highest order.”

So far, Harry had led a charmed life, not having been wounded, but his luck ran out at the battle for Bienen, after the crossing of the Rhine in March 1945.

During an attack on a farm he and all his company officers were wounded, and his company sergeant major killed.

B company was ordered to withdraw which the remnants did, but without Harry, who had last been seen lying wounded.

Volunteers immediately wanted to go forward to look for him, but before they were able to do so he staggered back.

It is an indication of the affection in which he was held by all ranks that men were prepared to risk their lives to save his.

Luckily his wound was not serious and he was soon able to rejoin the battalion.

He was released from the Army in June 1946, but when the Territorial Army was reformed in 1947 he rejoined the 7th Battalion. Because he lived in Helensburgh, he transferred to the 8th (The Argyllshire) Battalion shortly afterwards, finally giving up soldiering in March 1952.

His last regimental appearance was with the 7th Battalion veterans at the presentation of new colours to the 3rd battalion 51st Highland Volunteers in July 1986.

Despite considerable searching, so far I have been unable to discover much about his civilian life, apart from the fact that he played for Helensburgh Cricket Club 1st XI in the 1950s.

Later he and his wife Moira moved to Ayrshire. She died in West Kilbride in 1995 at the age of 73, and he died in Maybole five years later.