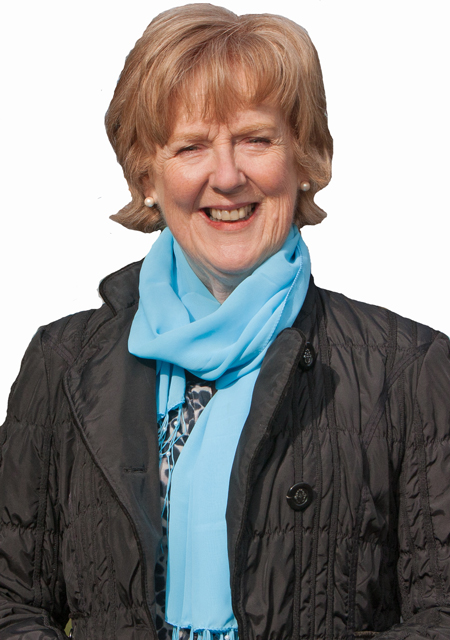 A RARE opportunity to see a collection of new works by renowned Rhu artist Mary Batchelor is available in Clydebank this summer.

The exhibition is entitled ‘Westward’, and it is in the new Garden Gallery at Clydebank Museum and Art Gallery within Clydebank Town Hall until Friday August 14.

Mary, who previously lived in Helensburgh, said: “This is my first solo show for several years, and I am really excited to be showing in this lovely new Garden Gallery which has been created within the refurbished Museum.

“I was asked by Trish Robins of West Dunbartonshire Council to do this show as she had had a mixed show several years ago at the Clydebank Museum and my seascape was voted favourite by the public!”

“It has taken me over a year to produce the fifteen paintings,” she said. “Most of them are to do with my ongoing inspiration from living on the west coast of Scotland.

“Wild poppies appear in a few paintings as they have appeared in interesting patches in unusual places last year because of plantings to commemorate the Great War.”

Locations include Helensburgh, Glen Fruin, Rosneath, Loch Lomond and Islay, and all the works are for sale.

Mary is one of the most commercially successful of the current generation of local artists, and her very colourful works adorn art galleries throughout Britain and fetch high prices at art sales and auctions.

Her flair for handling colour, texture and movement has led to her becoming one of Scotland's most recognisable and recognised artists.

She is inspired by Scottish landscapes, and she matches its magical presence with vital colour and broad brush work.

A full-time artist, Mary attended St Bride's School (now Lomond) before she trained at Glasgow School of Art. She works solely in acrylics, usually on canvas.

She studied under the tutelage of Peter Howson, David Linley and Norrie Kirkham. She said: “All of them were, and remain, a huge inspiration.”

More details about the exhibition can be found here.