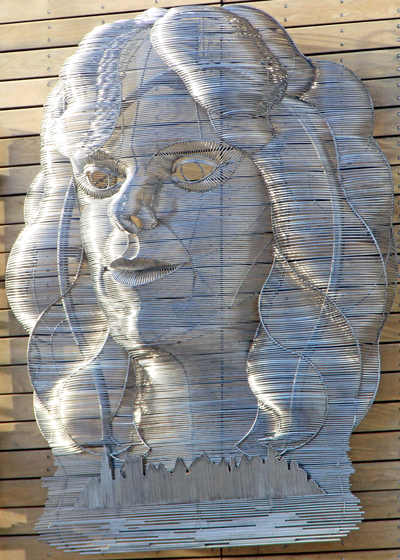 A CONTROVERSIAL piece of artwork which is partly a representation of Lady Helen Colquhoun after whom Helensburgh was named was erected on Friday April 10 on the wall of the new Argyll and Bute Council offices on East Clyde Street.

A council spokesman said: “The artwork is intended partly to represent Lady Helen, with the town’s skyline along the bottom, although like any piece of art it is open to interpretation.”

The work — paid for by £15,000 from the money ring-fenced after the closure of the Templeton Library — was designed by John McKenna, a member of the Royal British Society of Sculptors, and was preferred to another option, a representation of Henry Bell's steamship the Comet, with seahorses.

He has completed many well-known public artworks including statues of Jock Stein at Celtic Park and Jimmy Johnstone in the memorial garden named after the Scotland great, as well as The Miner of Auchengeich in Moodiesburn.

It is not intended to be a portrait of Lady Helen, rather to be a large female face with wavy hair. The artist said: "It can be interpreted as Lady Helen, or the Clyde river goddess Clutha, and has a silhouette skyline of Helensburgh.

"It is made in stainless steel bar bent to the contours of the face, hair and water, using a variety of bar diameters or sections." 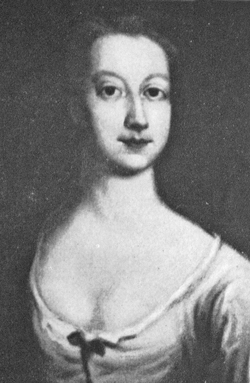 Sir James Colquhoun of Luss named Helensburgh after his wife in 1777. She was the daughter of William, Lord Strathnaver, son of John, 19th Earl of Sutherland.

The new building is part of a multi-million redevelopment of the B-Listed Clyde Street school, which has lain empty for many years. Council staff will move into the new part of the facility in midsummer, with other council buildings in and around Helensburgh being put on the market.

Reaction to the artwork has been mostly negative, and there have been calls for it to be removed. Ex-Provost Billy Petrie has suggested that it be replaced with the Argyll and Bute Council coat of arms.

The top picture is courtesy of Jim Chestnut; the other is a portrait of Lady Helen which is in the Municipal Buildings.