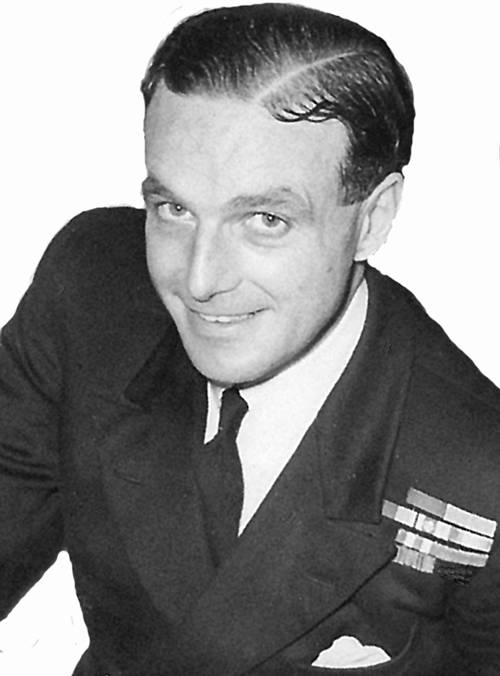 The 2015 project to restore the Kilmahew grounds and make safe the former St Peter’s Seminary has attracted widespread publicity recently, and would certainly have been applauded by Bobby Allan.

Robert Alexander Allan, the younger son of the now-demolished Kilmahew mansion’s final owners, shipowner Claud A.Allan and his wife Ada, was a World War Two naval hero who became a Conservative politician and in later years a Life Peer.

He chose the title Baron Allan of Kilmahew of Cardross in the County of Dunbartonshire.

Born on July 11 1914, he was educated at Miss Johnston’s Preparatory School in Helensburgh, Harrow and Cambridge University.

At Harrow he won the Rothschild Scholarship, and he went up to Clare College, Cambridge, to read history. There he won the Mellon Scholarship to study at Yale University in Connecticut where he obtained a post-doctoral degree.

A first class athlete who represented Cambridge in cross-country in 1935-36, he joined the Clyde Division of the Royal Naval Volunteer Reserve — of which his father was a distinguished member — in May 1939.

He was working for his father’s shipping business, but he had set his heart on a political career, and in December 1938 he was adopted as prospective National Government candidate for the Coatbridge Division of the Unionist Association.

World War Two interrupted his plans, and he did not become an MP for another 13 years.

Maureen Borland, who wrote a history of the Allan family published in 2013, says that Bobby, one of the first of his generation of the family to go to war, would have been the first to admit he had an interesting, frequently exciting and at times highly dangerous war.

“He was tall, good-looking, charismatic, indeed the very epitome of the dashing young naval officer,” she said.

Bobby spent the first couple of years of the war on the minesweeper HMS Saltash and as a member of the Coastal Forces based at HMS Hornet at Gosport, Hampshire.

In June 1942 he was posted to HMS Mosquito at Alexandria in Egypt, as commander of the 10th flotilla of motor torpedo boats which harassed enemy shipping in the Mediterranean, and a year later to HMS Razorbill at Algiers.

He was the youngest Commander in the RNVR and his exceptional flair for leadership, his courage and his ability to assess each situation soon placed him among the very best of his generation.

He led the young sailors of his MTB, his motor gun boat and his Landing Craft with all the skill he had learned as a yachtsman, never showing fear.

He chased and harassed enemy shipping across the Mediterranean while the Allies were battling to drive the Germans and Italians out of North Africa.

As a result he came home from the war a much decorated hero.

He was awarded the DSO for courage, determination and skill in light forces in successful actions with enemy coastal units off the west coast of Italy, the Croix de Guerre in 1943 and Commander of the Legion of Honour, and the OBE in the New Year’s Honours List of 1944.

Mentioned in Despatches five times, he was appointed a Commander of the United States Legion of Merit, an award seldom given to foreigners and very rarely to junior officers, in November 1945.

He had to receive Royal permission to wear the decoration.

He won the honour for “great and distinguished service to the Allied cause in actions in the Mediterranean”.

Some 122 ships and craft were sunk by the Inshore Squadron led by Commander Allan from the ports of Bastia, Calvi and Leghorn — those used by Nelson when holding an identical command.

“The Legion of Merit (Degree of Officer) is awarded to Acting Commander Robert Alexander Allan, DSO, OBE, Royal Naval Volunteer Reserve, for exceptionally meritorious conduct in the performance of outstanding service to the Government of the United States.

“As Commander of an advanced Coastal Forces Base Unit and attached operating forces, he operated in close co-operation with United States Motor Torpedo Boat Squadron Fifteen against enemy German forces in forward Central Mediterranean area from April 1943 through June 1944.

“Exercising a high degree of professional skill and decisive judgement as officer in tactical command of combined Allied tactical units on two occasions, Acting Commander Allan displayed determined aggressiveness in the conduct of large scale operations involving United States PT boats and British coastal forces, striking at the enemy so forcefully in these engagements that a German destroyer was sunk and fifteen lighters, a tug and corvette severely damaged without loss of a single Allied craft.

“By his indomitable leadership, brilliant planning and great personal courage throughout this period of intensive combat activities, Acting Commander Allan contributed materially to the success of Allied operations in this area.”

Having spent most of the war abroad in the RNVR from August 1939, he came home and fought the General Election of 1945 in Dunbartonshire as the Unionist candidate.

But he lost, and he returned to navy life to serve in Washington as Deputy Chief of Naval Information for two years.

In July 1947 he married Maureen Catherine Stuart-Clark, from a family based in Singapore, at St Saviour’s Church in London, and they had two children, Alexander and Jane.

The following year the family decided, because of death duties, to sell the 21-bedroom Victorian mansion (left) and its extensive grounds, and it was bought by the Roman Catholic Church.

From 1948-51 he was president of the Scottish Junior Unionists, and he stood unsuccessfully for West Dunbartonshire in 1950.

In 1951 Bobby finally achieved his ambition of becoming an MP, winning the London seat of Paddington South for the Conservative Party, and he held it for fifteen years.

He made his maiden speech on March 6 1952 during a debate on Naval Matters.

He served as a Parliamentary Private Secretary, and was Financial Secretary to the Admiralty from 1958-59. Next he was Parliamentary Under Secretary at the Foreign Office for two years.

They shared the same political principles and a love of yachts and sailing. 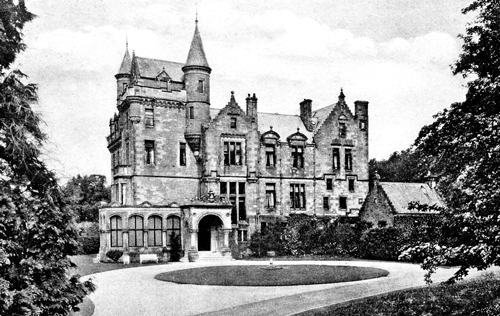 The story was told by his wife that the only time her husband admitted to being scared was when he was sailing with Edward Heath.

Bobby left politics and became a prominent London businessman. Among other banking and commercial interests he was chairman of Ladybird Books, a director of Pearson and Longman publishers, chairman of the London board of the Bank of Scotland, and a Governor of the BBC from 1971-6.

He was a governor of Harrow School and a trustee and chairman of the Lord Mayor Treloar Schools in Alton, Hampshire.

His son, Sir Alex Allan, became a senior civil servant and served as chairman of the Joint Intelligence Committee.