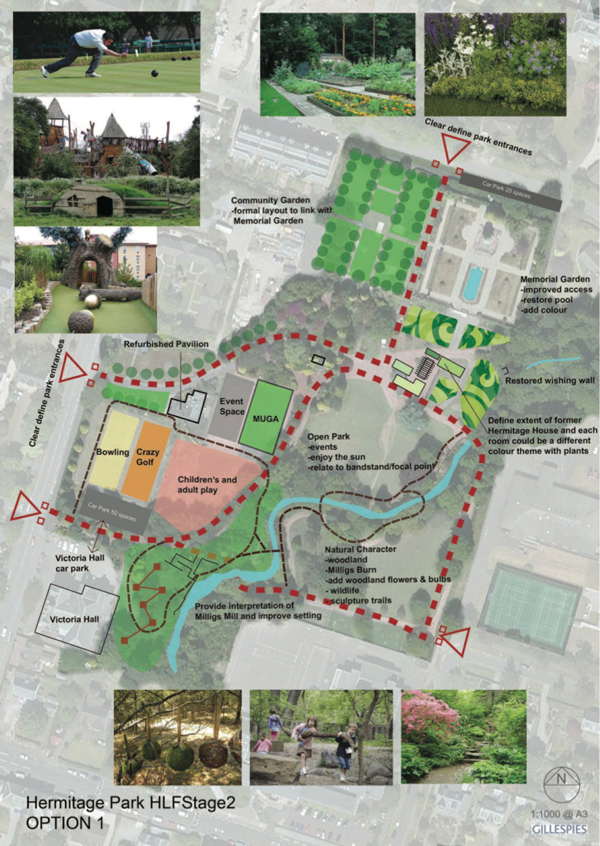 THREE options for the £2m project to restore Hermitage Park in Helensburgh to its former glory have been revealed.

Funded by a £2,087,000 grant from the Heritage Lottery Fund, the work is led by Argyll and Bute Council, which has been working with the Friends of Hermitage Park to restore the park’s heritage, undertake repairs, reconfigure the recreational space, and increase visitor numbers. 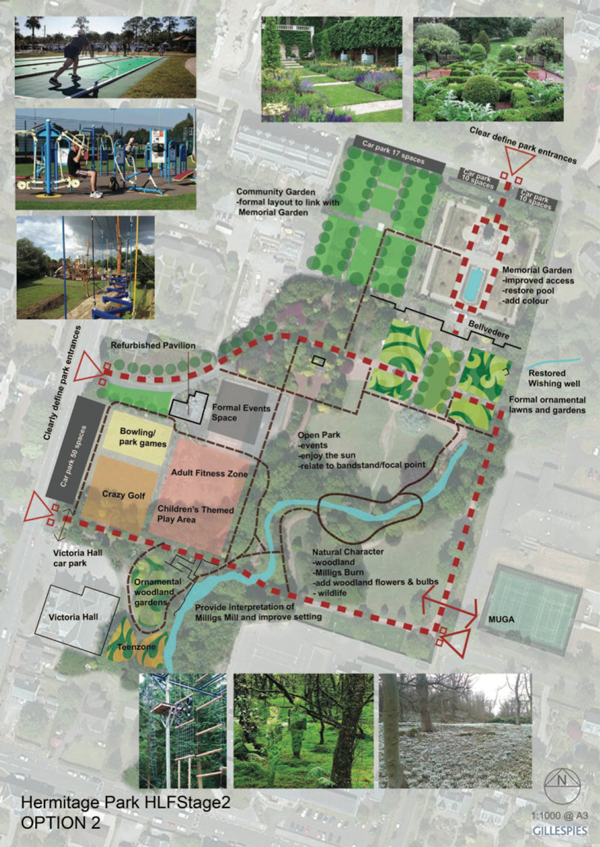 In November it was announced that award-winning landscape architects Gillespies had been appointed as consultants.

Gillespies have now revealed three alternative proposals to radically improve the park, and the public is being invited to have their say at exhibitions at the Victoria Halls and a ‘pop-up event’ in Colquhoun Square. 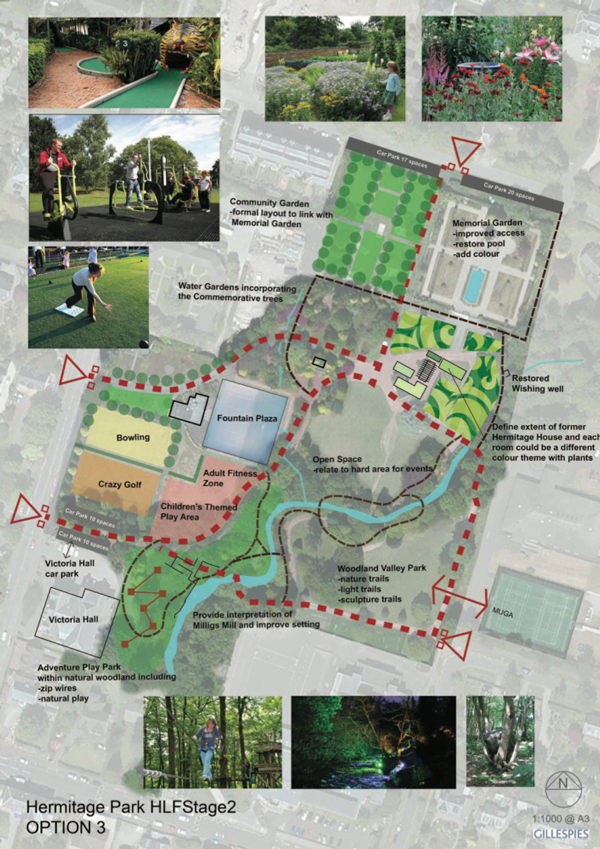