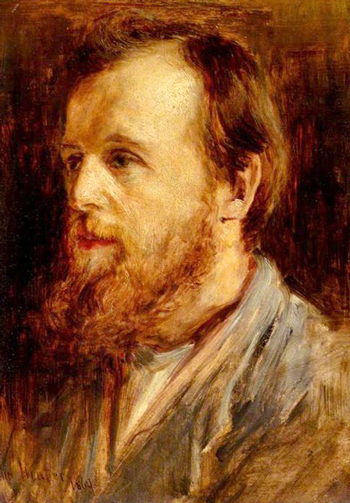 AN APPEAL has been launched to find and borrow works by renowned Helensburgh architect and artist William Leiper for an exhibition to mark the centenary of his death.

The man behind the plan is Ewan Kennedy, owner of the Leiper Gallery in West George Street, Glasgow.

“The idea is to host an exhibition in the Leiper Gallery in 2016 to celebrate the life and work of William Leiper, who died on May 27 1916,” he said.

“The timing ties in with the centenary of his death and also the Festival 2016 event that is being promoted by the Royal Institution of Architects in Scotland next year.”

The provisional dates in 2016 are for opening on Thursday May 26 and coming down after Sunday June 5.

William Leiper was a talented artist from an early age. After the bank crash in 1878 he went to Paris, where he enrolled at the Julian School, a leading private school for artists.

Mr Kennedy said: “We want to put on a show of Leiper drawings, photographs and materials of general interest, and if possible paintings done by him.

“I’ve seen some architectural drawings that were very artistic, but there must be hundreds of watercolours and possibly some oil paintings in private hands, quite possibly in Helensburgh.”

It is hoped that the exhibition would result in a biography, and much greater knowledge of his paintings.