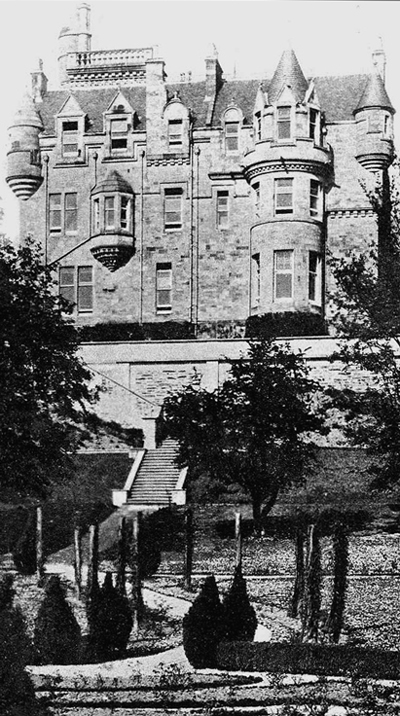 Built by architect Campbell Douglas in 1859, it was used for a variety of purposes before being demolished.

Next door neighbour John Moir, a retired shipmaster who lives in Glen Eden, said: “Hartfield stood imposingly atop the ancient twenty foot sea cliffs fronted by a balustrade with steps leading down to the garden.

“I can remember it when it still had some semblance of grandeur and the stone, figured fountain was still there.”

Hartfield was known locally as Inverclyde, as three Lord Inverclydes owned it, as well as Castle Wemyss, the family home.

Castle Wemyss was a large mansion at Wemyss Point, built around 1850, and sold to a developer in 1957. Its grounds house Inverkip Power Station.

James, who lived for some time at Hartfield, was also a shipowner, chairman of the Glasgow Shipowners Association, and Lord Lieutenant of Dunbartonshire.

An enthusiastic yachtsman, he was Vice-Commodore of the Royal Northern Yacht Club at Rhu and a member of the Royal Yacht Squadron, president of the Scottish Hockey Association, a cricketer, curler, and tennis player.

He leased the shooting on Rosneath moor from the Duke of Argyll.

John said: “The 4th Baron Inverclyde, Alan Burns, was supposed to have brought his second bride, June Howard-Tripp, a star of revue and silent films, to Hartfield in 1929.

“In village folklore the marriage supposedly had a disastrous start which precipitated the exit from and sale of Hartfield, though the marriage lasted until 1933.”

It was put on the market in 1921, but there were no takers, and even after the selling price was dropped to £5k later that year, and to £4k in 1923, there were no offers.

In due course Hartfield was gifted by Lord Inverclyde to Glasgow YMCA for use as a hostel, at which point the name was changed to Inverclyde House.

“When exactly the YMCA entered Hartfield I do not know,” John Moir said. “But I can remember the house left vacant after they left.

“Eventually it was owned by Chalmers Wood, a theatrical entrepreneur in Glasgow. He bought the house, the mews and some land.

“What plans he had I do not know, but to allay costs he decided on two ventures. The house was filled with deep litter hens, and in the mews were mink.

“The deep litter hens were persuaded to lay by 24 hour lighting. At night hens were to be seen perching on the window sills.

“Great local interest was taken for some reason in the ‘mink mincer’, which presumably ground various bits of flesh for the delectation of the mink.

“Possibly villagers thought that mink were the victims.

“Both ventures failed. Then the mink were turned loose with disastrous effect.

“Finally, unable to make a penny, Chalmers Wood called in the Royal Electrical and Mechanical Engineers to blow up the main building. Those were the days!

“A sizeable fragment of Hartfield soared a great distance to shatter a glass dome in my house, Glen Eden.

“My late wife Nan, a local historian, and I spent many happy hours exploring Hartfield, and it appeared to be in excellent condition. 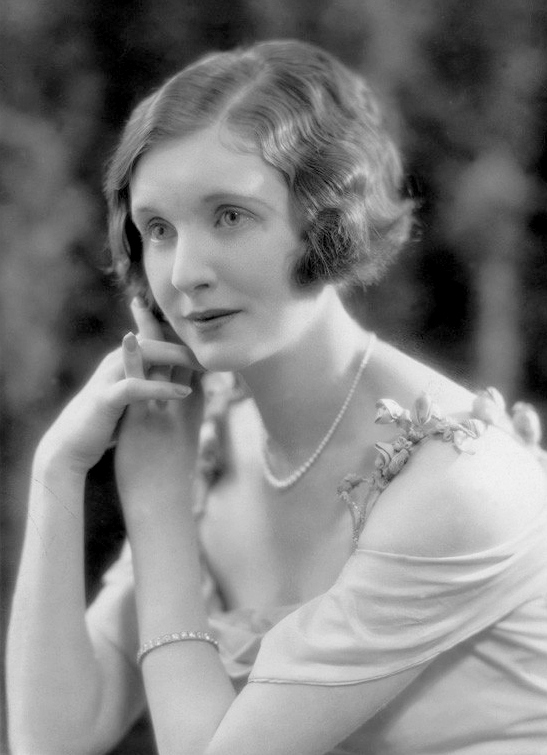 “Many fire surrounds were clothed in beautiful blue on white Dutch tiles, and a few were saved.”

The house was taken over by the Army during World War Two for use as a barracks for those soldiers manning the searchlight battery at Baron's Point.

It was called Inverclyde Camp, incorporating the house and its extensive grounds.

A valuation roll for 1945 lists 145 men as being from the Camp. Serving military personnel do not feature in valuation rolls, and so it is likely they were mostly from the Territorials with some from the Regular Army.

Maintenance was badly neglected, and this, coupled with rising running costs generally, forced the sale of the property by the YMCA, and they had vacated the building by 1956.

It was demolished in the 1960s by Fraser Hamilton of Knockderry Farm, Cove. Only the gate posts and boundary walls remain, and they are B listed.