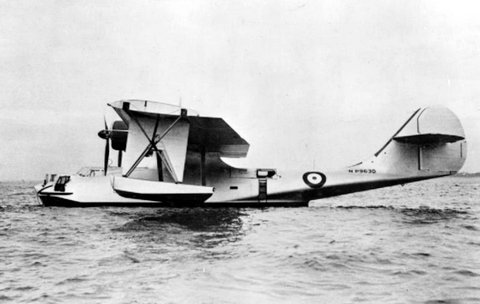 CATALINA flying boats were a familiar sight on the Gareloch off Helensburgh and Rhu throughout World War Two.

In fact, Britain’s very first Catalina, which flew to MAEE from America, was at Helensburgh at the beginning of the war, where it crashed and sank.

Author Robin Bird first began researching the story of MAEE from 1939-45 for his first book about the establishment, and he has discovered the full list of serial numbers of Catalinas assigned to RAF Helensburgh.

Robin, a retired Merseyside newspaper editor, said: "Besides researching what any particular Catalina was used for at MAEE, it has been fascinating to research what happened to some of the flying boats when they left Helensburgh.

"Catalina JX242, for example, was at Helensburgh early in 1944 undergoing de-icing trials. Ice on the wings of flying boats could result in fatal accidents, particularly on a cold morning during take off.

"Such an accident would happen at Helensburgh on the morning of March 15 1944, when ice on the wings was blamed for the crash of an experimental flying boat, the Scion Senior, serial number L9786, in which civilian MAEE technical officer H.G.White died."

The Mk.1V Catalina JX 242 underwent thermal de-icing trials at MAEE during which engine exhaust was used to de-ice the wings.

Operational squadrons were still in desperate need of Catalinas in the war against U-Boats, so after its trials period at Helensburgh JX 242 was assigned to 202 Squadron based at Lough Erne, Northern Ireland.

On Sunday November 19 1944, this ex-MAEE Catalina flew out of Lough Erne on an operations flight over the Atlantic to protect convoys and look for U-Boats. It returned in the early hours of Monday morning.

The weather was poor, visibility was bad, but JX 242 was almost home safely, then it clipped the top of Church Hill not far from its base at Castle Archdale, Lough Erne.

Despite the proximity of safety, JX 242 crashed in isolated and hard to access terrain. Another 20 feet and the aircraft would have cleared the ridge.

Eight of the crew were killed including the ‘Skipper’, Flight Lieutenant George Forbes Lloyd.

There were two survivors, one of whom went for help despite suffering injuries, shock and having only one boot during his descent down a rugged mountain. Flight Sergeant Charles Bowater eventually got a lift and alerted the authorities before being hospitalised.

Even today, the crash of JX 242 is remembered in the Castle Archdale and Fermanagh locality. In 2003,  a memorial stone was erected near the crash scene alongside a stone to remember those who met a watery grave when Sunderland W4036 crashed into Lough Erne on November 18 1943.

Robin said: "It is a timely reminder that flying in flying boats during the war was a dangerous occupation, even during so called routine flights.

He is still researching the history of other Catalinas that were at Helensburgh, and adds: "Every aircraft has a story to tell."