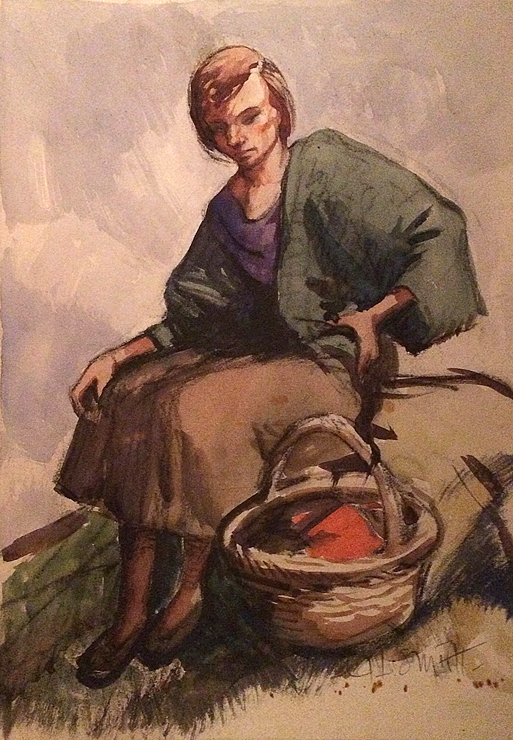 A PORTRAIT by a well known Helensburgh artist has been donated to Helensburgh Heritage Trust.

Entitled ‘Tinker Girl’, it is signed G.I.Smith and is the work of Gregor Ian Smith, one of the most highly regarded local artists of the 20th century.

The donor was Eleanor Williamson, who lives in Cove, who said: "Gregor did this as a demonstration at an Art Class that I took for a few years at Kilcreggan School.

"I was the tutor and asked him to come as a guest artist. I asked him to sign it and he gave it to me. It was painted about 1970."

The Heritage Trust has framed the portrait for display in the Heritage Centre in Helensburgh Library in West King Street.