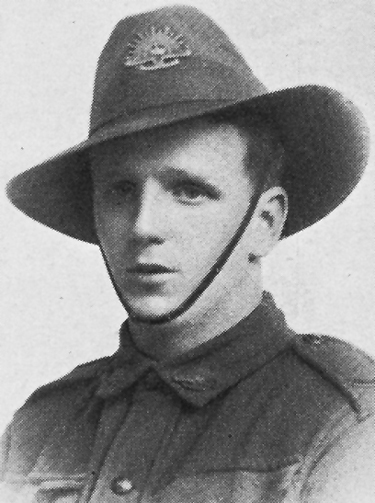 THE memory of a Helensburgh man named on the Cenotaph in Hermitage Park as losing his life in World War One was honoured in Australia in August 2014 — and will be again.

On the 100th anniversary of the outbreak of what is known as the ‘Great War’, a poppy was placed beside the plaque on the Australian War Memorial in Canberra bearing the name of Corporal Ian Stewart Campbell.

The ceremony commemorating the outbreak of World War One was attended by politicians, ambassadors and ex-servicemen and women, as well as current servicemen and women and members of  the public. Wreaths were also laid beside the Pool of Reflection, which has an eternal flame set in the water at one end.

The poppy was placed by his niece Janet Ilchef, nee Campbell, and her Vietnam war veteran husband Mike, because they felt that it was an important day on which to pay respects to those who served.

“On Sunday August 24 at 8 pm the name of my uncle Ian Stewart Campbell, born in Helensburgh, was displayed.

“As his name is on the Helensburgh war memorial, I think it is really nice that people such as my uncle, who lived in two countries, are commemorated in both.

“Incidentally, it was never intended at the War Memorial ceremony that poppies should be laid, it just happened. People bought poppies and put them beside a family member’s name — a really nice thing, I think.”

Janet got back in touch on January 8 2018 to say that a Last Post ceremony will be held at the Australian War Memorial, honouring her uncle. The AWM does one at 5pm every day during the centenary years for World War One, and will probably continue to do so.

The ceremonies are broadcast on the AWM website https://www.awm.gov.au/commemoration/last-post-ceremony.

She said: "The day is a Sunday, and I have accepted the offer of November 18 this year. I’m so pleased that our uncle is being recognised in this year of the centenary of the end of World War One — a week after Remembrance Day as well." 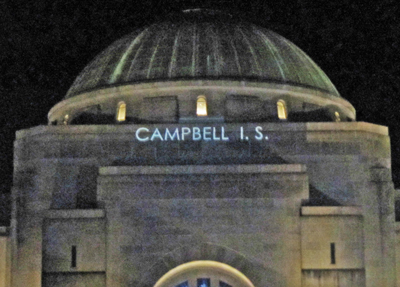 With his sister Jessie, who was eight, Ian, then eleven and a pupil of Hermitage Higher Grade School, emigrated to Sydney in 1909 aboard the ‘Karoola’.

The two children travelled to join their parents, Daniel Stewart Campbell and wife Margaret, nee Smith — Janet’s grandparents. She is the youngest of their grandchildren.

They emigrated to Australia in 1908 with their two younger children, Edith Mary and Alastair Stewart, aboard the ‘Suevic’. The family lived at Banksia, Sydney.

Ian attended Fort Street Boys High School in Sydney, the oldest public school in Sydney. It was an academically selective school where students were accepted on their academic merit.

He served in the school’s Senior Cadets unit, and in January 1916, aged 18, he enlisted in the Australian Imperial Force, serving in the 34th Infantry Battalion.

He went from Sydney to Plymouth where he was transferred to C Company, and was sent to France in November 1916.

Ian, who was a driver, was promoted to the rank of temporary corporal on April 27 1917.

He was killed in action on June 5 1917 in Belgium at the age of 19, and is buried in Strand Military Cemetery, near Ploegsteert, Belgium. 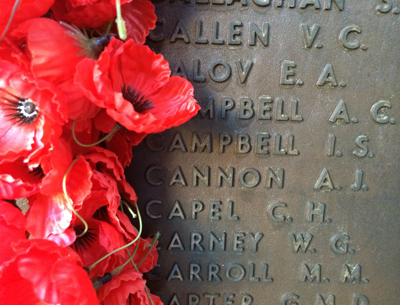 His grave is less than 50 kilometres from his cousin Peter Campbell, who was buried in France and is also named on the Helensburgh Cenotaph.

According to the local weekly paper of the time, the Helensburgh and Gareloch Times, they were contacted by his father — Private Daniel Stewart Campbell of the Australian Imperial Force — with news that Ian was killed at his post.

The report continues: “He was out with a fatigue party, and having finished their job at the trenches, he was returning at the head of his men when a shell burst near them.

“A piece of the shell flew through the air, and, striking him in the side of the neck, severed an artery from which he bled to death in the space of a few minutes.

“He was buried in a small cemetery near where he fell, and amidst the greatest cannonade the world has ever heard or seen.”

His father learned the details from a chaplain he met by chance, and Ian’s officers spoke highly of his bravery and the great esteem in which his colleagues held him.

He had been nominated for a commission, and was due to leave to train at Oxford.

“Father and son were looking forward to revisiting Helensburgh when the war was over and before returning to Australia, but alas it was not to be,” the report continued.

“With all the relatives, and particularly with his mother who is in Sydney, the very deepest sympathy will be felt, along with the highest admiration for a youth who nobly gave his life for his country.”

Janet is fascinated by the past history of her family, many of whom were well known Helensburgh people. 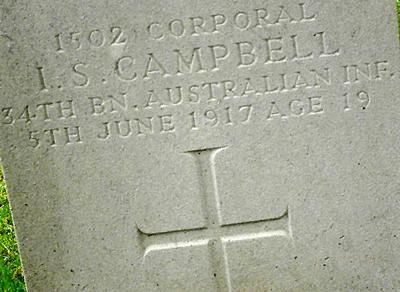 “Last year my husband and I came to the United Kingdom, and so I decided to do some genealogy research and was interested to find out about the family. As so many people find, it rather completes the picture of where we come from.

“For me, it was interesting to go to the library in Helensburgh and look up the directories, so that we could see the address of the houses where the family lived, where my great-grandfather’s and grandfather’s business was, and so on.

“It was also interesting for me to see the houses where my aunts and uncles lived — they lived principally at Montrose Villa in Colquhoun Street.

“We enjoyed our all too brief visit very much, and it is such a beautiful town. We enjoyed very much the hospitality of Jane Johnston at Lethamhill, a beautiful place to have stayed.”

Her researches have been very successful, though there is more she wants to find out.

Her grandfather Daniel’s parents were Peter Campbell and his wife Janet nee Stewart, and Peter had an auctioneer business at 42-44 Sinclair Street.

Daniel joined the business, named Peter Campbell and Son and later Campbell’s Saleroom, and is thought to have continued it after his father’s death.

“Daniel and Margaret emigrated to Sydney in 1908 with their two younger children, and the two older children followed in 1909,” Janet said.

“Why they came separately, I have no way of knowing.” 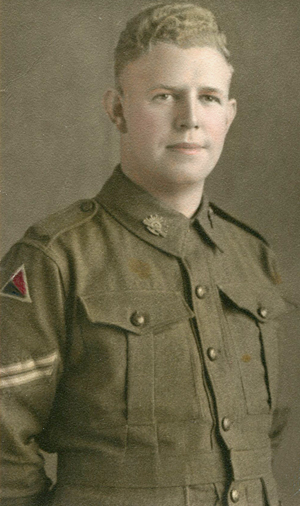 Her grandfather Daniel, who was gassed in World War One and died in 1930, and Margaret had three more children in Sydney — first Margaret Myee Campbell, then Janet’s father, Kenneth Stewart Campbell (right), who served in World War Two, and finally Annie Forrester Campbell who was known as Nancy.

Janet said: “I am hoping to find an obituary or some other item that might shed some light on what happened to my father’s aunt Jessie? Any assistance would be greatly appreciated.”