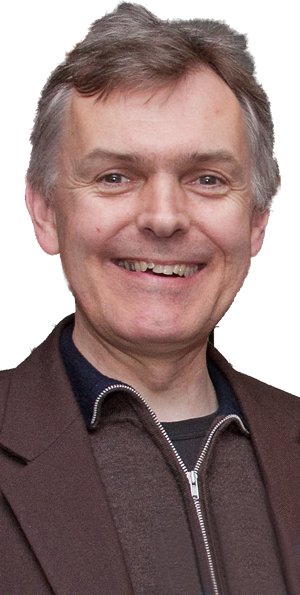 A FORMER Helensburgh librarian who took early retirement from Argyll and Bute Council nearly three years ago has used his extra time to write a new book about Scottish castles.

Mike Davis, who is one of the two honorary members of Helensburgh Heritage Trust, was a popular figure in – and is much missed from — his role as reference and lifelong learning librarian at the town library in West King Street.

Now he lives in Ochiltree, Ayrshire, with his wife Charlotte Rostek Davis, a former Hill House curator who now fills that role at Dumfries House near Cumnock.

Mike said: “I have been concentrating on writing architectural history. I have an interest in country house and villa architecture, which proved a useful enthusiasm when I worked and lived in Helensburgh, the ‘valhalla’ of the Scottish villa.

“But my interests extend further back than Edwardian villas by Mackintish, Paterson and Leiper. I got involved as a volunteer in a castle restoration in the late 1980s, and worked for a building preservation trust around 2000.

“Since then I have been intrigued by castle restoration in Scotland.”

His new book is entitled ‘The Scottish Castle Restoration Debate 1990-2012’, and chronicles the difficulties encountered in creating a new life for previously neglected or ruined towers and Renaissance houses in Scotland.

“Scottish ruined towers-houses and castles are generally small, and often make not unrealistic — if vertically stacked — homes,” he said. “Giving them a revived life can be a useful way of keeping them from simply collapsing or being demolished on safety grounds. 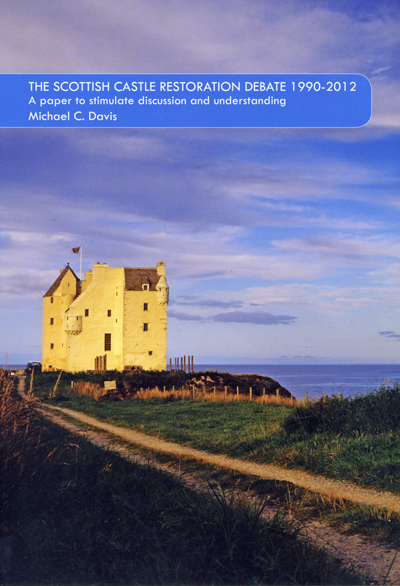 Well illustrated, the book does not shy away from controversy, which will not surprise anyone who knows the author. He looks carefully at hallowed conservation theories, and as a result advocates important changes to Historic Scotland.

“It has been quite entertaining for me — with a passion to see historic buildings saved — to investigate, and to see how officialdom deals with such business,” he said.

“The results of my research present a picture which is at times verging on the ludicrous, such as the castle restored with a parapet so high that it couldn't possibly have been used for defence; all because the Historic Scotland inspectorate was concerned that there was ‘no evidence’ for parapets, so best to do without them!”

Architectural writer, and arts and books editor for ‘Country Life’ Mary Miers, whio established and ran Scotland's Buildings at Risk Register in the 1990s, said of the book: “Michael Davis's target is those conservationists who take a narrow view — who argue from the perspective of a particular discipline without engaging with the broader views across the whole field of architectural conservation."

The book includes a recounting of losses of castles since 1945, and this is a devastating roll-call of architectural destruction, fire and collapse.

The book sells through Amazon at £12.99 plus postage, or direct from author at a cost of £12 including postage. To order, write to Mike at 79 Main Street, Ochiltree, Ayrshire, KA18 2PE.

His other books include ‘Scots Baronial Mansions and Castle Restorations in the West of Scotland’, ‘The Lost Mansions of Argyll’, and ‘The Castles and Mansions of Ayrshire’.