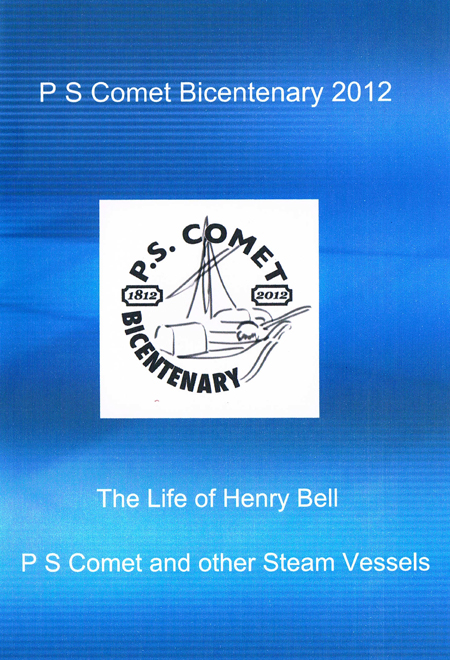 HELENSBURGH'S first Provost Henry Bell deserves to be remembered not only today, but also by future generations. A new DVD will help to do facilitate that.

When Bell introduced his paddle steamer Comet on to the Clyde in 1812 this proved to be the catalyst for the enormous expansion in heavy engineering in the West of Scotland for the rest of the 19th century. Then, when Bell instigated the first steamboat services up the Western Highlands, he proved to be one of the pioneers of Scottish tourism.

As part of the Comet Bicentenary celebrations last year — suggested by and participated in by Helensburgh Heritage Trust — it was decided to produce a DVD for schoolchildren. This has now been done and copies have been given to both Hermitage Academy and Lomond School.

Included in the DVD are sections on Henry Bell's life and both his Comets, and information about locations connected with Bell both within the Helensburgh and elsewhere in Scotland. The first Comet was the first commercial steamship in Europe, and another section details earlier attempts at introducing steamboats.

There is also information on the steamer-powered vessels which can be seen in Scotland today — although sadly some of them no longer have their steam engines.

So, when the year 2062 comes round, it will be 250 years since the launch of the Comet, and the Trust hopes that some of today's school pupils will have enjoyed looking at this DVD and reading about Henry Bell and his achievements, and will remember that he deserves to be celebrated.