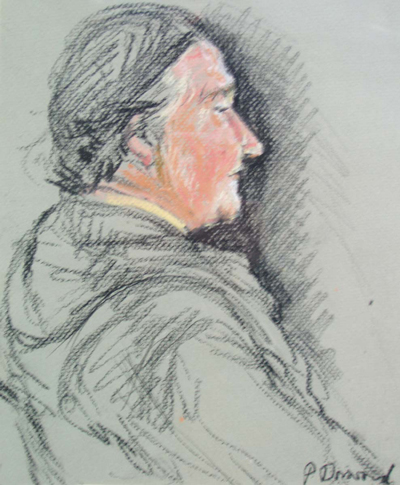 THE Anderson Trust is currently displaying works by a well-loved local artist, Ailsa Tanner (1923-2001) in Helensburgh Library in West King Street until June.

Ailsa Tanner needs no introduction in Helensburgh. Her simple smocks in varying symphonies of colours, her stern plaited hair style, belying her friendly smile and that bright sparkle in her eyes, inspired instant respect and affection.

Yet for all the warmth of her personality, Ailsa was a very private person, and to those who regret not knowing her more intimately, I would suggest there is no better way than through her work. I suspect that is the way she most wished to be remembered.

Visitors to Helensburgh Library have an opportunity of making or renewing their acquaintance with this significant artist through a selection of her work currently on display in the upper gallery.

These eight pictures form part of an annual display of works from the Anderson Trust Local Collection which, this year, features artists working in the latter half of the 20th century.

The pictures demonstrate the scope of Ailsa’s subject matter — landscape, flowers, portraits — and her distinctive bold style and joyous use of colour which defies classification.

Many of her local scenes — Suffolk Street in Winter and Helensburgh from the Barley Field, for example — capture not simply a view but the spirit of the place which remains unchanged; others, such as Craigendoran Pier, present at once a historic record and the artist’s personal response to a passing age. 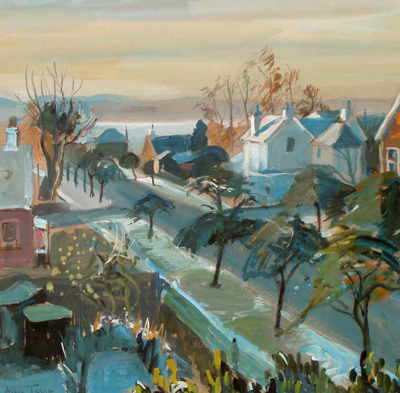 Ailsa Tanner was born in Kilmarnock, but spent most of her childhood in Shanghai where her father was medical officer of health. Both her parents painted. Her mother was the distinguished artist, Eleanor Robertson (nee Moore) one of the “Glasgow Girls”.

From her parents, Ailsa inherited a spirit of independence, a liking for travel and a leaning towards the arts. On leaving school she completed the strenuous five-year double degree course from Edinburgh University and Edinburgh College of Art, studying under artists such as William Gillies and John Maxwell.

Although her early childhood and her student years took her away from her roots, Ailsa drew her inspiration predominantly from the West of Scotland where she felt she belonged.

On graduating, she obtained a post in the Fine Art Department of Kelvingrove Museum, which she left after her marriage to Philip Tanner and move to Helensburgh in 1956.

Domestic life and three children still left Ailsa with energy and determination enough for some memorable achievements in her career as artist and researcher, in both of which fields she excelled. 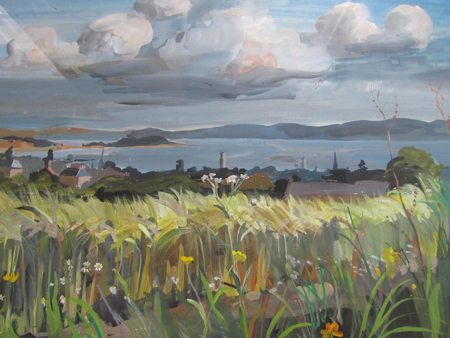 As an academic she was responsible for bringing to light and curating exhibitions of the work of several neglected artists of the early twentieth century.

Shortly before her death in 2001, Ailsa wrote and published a biography of the hitherto little known artist Bessie MacNicol, which has become the definitive reference work on this artist.

Ailsa Tanner was a founder Trustee of the Anderson Trust when it was established in 1980 on the death of its donor, Nance Anderson.

Her wide knowledge and meticulous scholarship helped to establish and maintain this collection of paintings as a valuable resource for Helensburgh.

The Anderson Trust is fortunate to have eight works by this artist, ranging over some 30 years. These have been acquired mainly by donation either from the artist, her family or friends, whose generosity the Trustees warmly acknowledge.