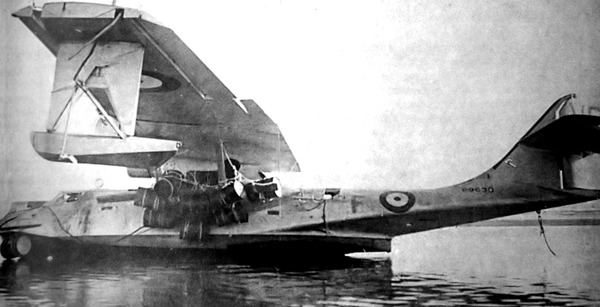 THIS year of 2013 is the 70th anniversary of some very important work at the Marine Aircraft Experimental Establishment at RAF Helensburgh.

From 1940 its efforts had been mostly directed at devising ways to sink U-Boats and rescuing ditched RAF crews.

After the Luftwaffe’s defeat in the Battle of Britain, Admiral Karl Donitz, Germany’s senior submarine commander, used his U-Boats in a bid to starve Britain into surrender.

The Battle of the Atlantic reached its climax in the spring of 1943. For the Allies, March was the worst ever month for the number of ships sunk.

Donitz had 240 U-Boats at sea, and it seemed that they were about to overwhelm the convoys — but then the tide of war turned against them.

MAEE expert Robin Bird, whose father Bob was the establishment’s photographer, said: “One reason was that new ways of finding and sinking U-Boats, pioneered by the MAEE, had become fully operational.

“To put this loss into context, by the end of the war out of 1,162 new U-Boats put into service, 785 were destroyed. In the convoy battles of May 1943 a total of 41 U-Boats were lost. These losses could not be sustained by the enemy.

“At the end of the month, Donitz ordered his surviving U-Boats to withdraw from the North Atlantic. The hunters had become the hunted, and these losses could not be sustained by the enemy.”

This remarkable victory, to which the men and women of MAEE at Helensburgh and Rhu had contributed so much, will be celebrated at the Battle of the Atlantic 70th anniversary this May. 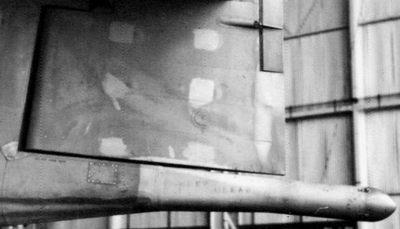 The Royal Navy and the Merchant Navy will mark the anniversary of the longest continuous military campaign in World War Two with a series of commemorative events in London, Londonderry and Liverpool.

Prime Minister Winston Churchill said: “The Battle of the Atlantic was the dominant factor all through the war.

“Never for one moment could we forget that everything happening elsewhere, on land, at sea, or in the air, depended ultimately on its outcome.”

Robin, a retired Merseyside local newspaper editor, has investigated MAEE’s importance in beating the U-Boats for his second book about the establishment.

His late father photographed the trials of depth charges conducted by the MAEE on behalf of the Ministry of Aircraft Production before they were introduced for operational use.

At the start of the war the only way to sink U-Boats from the air was to catch them on the surface. A depth charge, or torpedo, was useless if the submarine had already started its dive.

But by 1943 U-Boat crews hated depth charges, which they called wasserbombs, as they could now be set to explode at different depths.

MAEE also improved the handling of long distance flying boats such as the Sunderland and Catalina (pictured top), equipped with ASV Mk 11 radar.

These aircraft had more powerful cannons, and when they were fitted with Leigh searchlights, they could catch surfaced U-Boats like moths caught in a light at night.

But the final nail in the tin coffins the submarines had become was the top secret ‘MAD’ device, the magnetic anomally detector.

MAEE boffins in Helensburgh worked closely with scientists in the USA developing the device, and conducted its trials fitted to the tail of Catalina FP258 (above left). 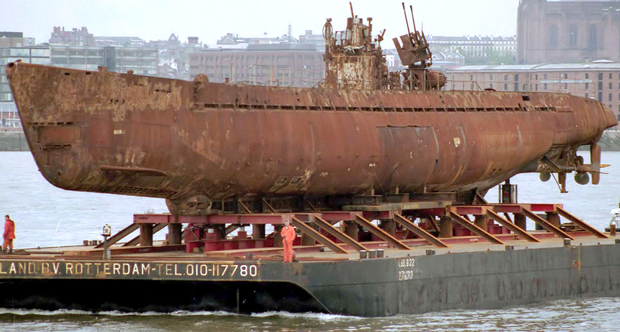 Robin said: “MAD employed a sensitive magnetometer to measure distortion of the earth’s magnetic field caused by a nearby ferrous metallic object, i.e. a submarine.

“MAD operated with retro bombs, also tested at Helensburgh. During an attack MAD could be set to trigger off up to 24 retro bombs laying a pattern over the submerged submarine.”

Catalina flying boats fitted with MAD earned the nickname ‘MADCATS’, and more and more U-Boat captains decided the best chance of survival was to fight it out on the surface when attacked by an aircraft.

This tactic continued right until the end of the war, as was the case with U-534, one of the last U-Boats to be sunk.

U-534 was heading in the direction of Norway and was on the surface when spotted by RAF Liberator bombers. It shot down the first Liberator, but was struck by a depth charge dropped by a second Liberator.

The blast was big enough to send U-534 to the bottom of the sea, where it remained until 1986 before being raised amid speculation there was gold aboard. There was not.

Ten years later U-534 was brought to the Port of Liverpool, once the headquarters for the Battle of Atlantic, where it was put on display in Birkenhead Docks — where U-532 was berthed after its wartime surrender.

At the quayside when U-534 was brought in were press photographer Bob Bird (who took the picture above right) and his journalist son Robin, and Robin asked his dad if he wanted to see inside the submarine once it was set up as a museum.

Bob told him: “While I have never seen a U-Boat before, I have no interest, or liking, for them. I spent much of my time at Helensburgh photographing ways of finding and sinking the damned things.”

Bob was true to his word and never did go aboard U-534. It is still on display.