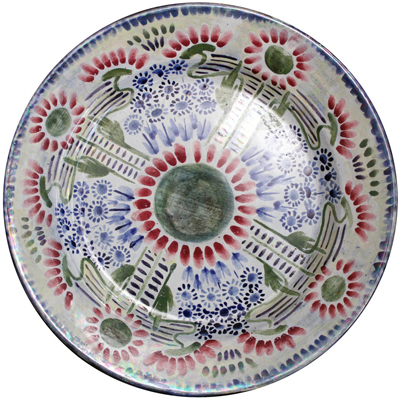 AN expert on Scottish pottery has come up with a mystery with Helensburgh connections.

Heather R.Jack, president of the Scottish Pottery Society, contacted the Heritage Trust about her search for information about Annie Primrose MacNicol, who had several connections with the area.

“I am trying to find out more about this MacNicol family, who may or may not be connected to that of the artist Bessie MacNicol,” Heather, who is also chairman of the Edinburgh branch of the society, said.

Her quest began after a plate painted by Annie P.MacNicol around 1911 came up for auction in Glasgow.

As Heather could not attend the auction, she left a bid but it was unsuccessful.

She said: “I assume that the Annie P.MacNicol who painted the plate and Annie Primrose MacNicol are one and the same, and the daughter of R.S.MacNicol, of Ardchapel, Helensburgh.

“I guess the issue is whether Annie Primrose MacNicol attended the Glasgow School of Art around 1911, when she could have studied under Ann Macbeth, who was her cousin.”

Ann Macbeth was born in Halliwell, Bolton, Lancashire, and was a part of the Glasgow Movement and an associate of Charles Rennie Mackintosh. She studied at Glasgow School of Art and about 1911 became head of its embroidery department.

Examples of her work were on exhibition at the Mackintosh-designed Miss Cranston's tea-rooms in Glasgow over a long period. She designed for Liberty's and embroidered a frontal for the communion table of Glasgow Cathedral.

She published five books on embroidery, and from 1921 to 1948 lived in Patterdale, Cumbria.

Ann was the daughter of engineer Norman Macbeth and his wife Anne, nee MacNicol, from Helensburgh, who were married in 1874.

Her grandfather was manufacturer Robert MacNicol, and her grandmother Anne’s maiden name was Primrose. So Ann was teaching someone with the same name as her granny!

Heather explained that Ann Macbeth and Annie Primrose MacNicol were cousins and shared a grandmother, Annie Primrose, who married Robert MacNicol. They also had a son, Robert S.MacNicol, and Annie (1878-1943) was his daughter.

So is this group of MacNicols related to the artist Bessie MacNicol, whose life story was told so colourfully by the late Ailsa Tanner in her 1998 book ‘Bessie MacNicol New Woman’.

Ailsa, an art historian and noted artist herself, considered Bessie, who died tragically in childbirth at the age of 34, to be perhaps the most important woman painter in Glasgow at the start of the 20th century.

She was born in Glasgow in 1869, the daughter of a schoolmaster, and attended Glasgow School of Art from 1887 until 1892. Next she studied art in Paris at the Academie Colarossi and in 1893 exhibited at the Royal Academy. 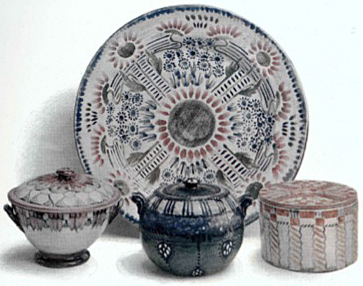 When she came back to Glasgow, Bessie moved back into the family home and by 1896 had acquired a studio in St Vincent Street. In 1899 she married Helensburgh man Alexander Frew and they set up home in Hillhead.

The two branches of MacNicols were in the same places at the same time, but is there a connection? Any information about either branch would be very welcome.

Heather has another query. “Is anyone aware of Helensburgh people travelling across to Greenock to learn 'china painting' from artist Mary Fairgrieve?” she asked.

“She was trained at Glasgow School of Art, and had a long career in china painting. She held classes from the 1920's until after the Second World War, and was in her nineties when she died.“