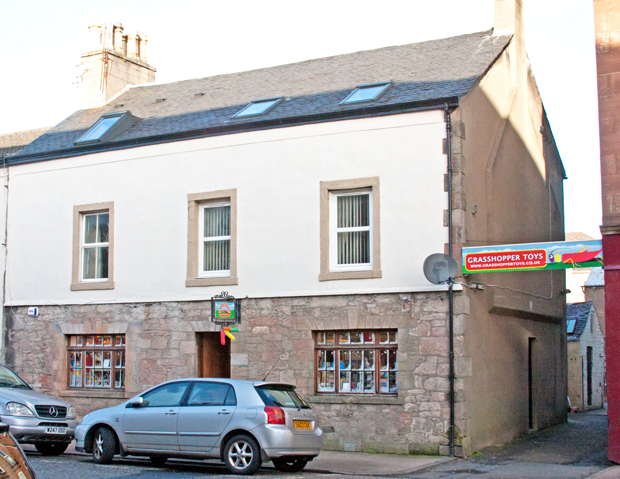 ONE of the lesser known addresses in Helensburgh is Milton Place.

It has the unusual distinction of having been owned by only two businesses in a century.

Milton Place is actually 110 West Princes Street, a building known to most people as the home of the long-established firm of J.G.Burgess & Son, painters and decorators, until 2012 when it became a toy shop, Grasshopper Toys.

The coal firm owned the premises until 1946, when it was bought by J.G.Burgess.

It consisted of the shop downstairs, two flats at first floor level, two attic flats, and sheds and stables at the rear.

Spy’s coal yard (pictured below) was at 23-25 Sinclair Street — where the Tesco store now is — until 1965, and they stabled their horses and carts at the rear of Milton Place.

Gordon Burgess, who sold the premises and closed the family firm after some 130 years when he retired some months ago, said: “When my father bought the premises when I was a lad of 10, I was handed a shovel and told to muck out the stables!

“Spy's, I believe, were the last firm in Helensburgh to deliver by horse drawn cart.

“The firm was run by Robin Spy who lived in East Argyle Street, opposite what was the janitor's house at Hermitage School, and his brother Jack, who lived on Sinclair Street in the house immediately below the Victoria Hall.

“Robin had two daughters, and Jack had a son and daughter.”

Gordon had no knowledge of a joiner’s shop at Milton Place, but his father remembered a baker called Dixon, who must have succeeded William Price.

He said: “When my father bought the premises there was an industrial baker's oven in the rear premises, and we used it for stove enamelling gas fires which had been delivered scratched to the Gas Board.” 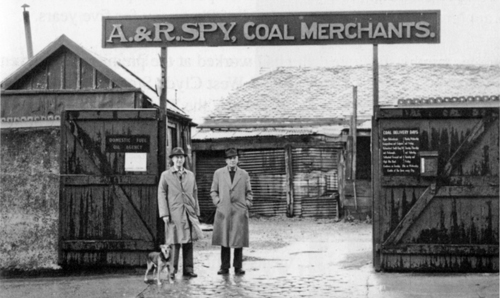 He recalls that in 1946 the flats were occupied at peppercorn rents, and at that time it was not possible either to increase the rents or to ask the tenants to leave.

They had no bathrooms, and the occupants shared toilets on the landings. The then Town Council put a closing order on the attic flats because of inadequate headroom.

“The late Doctor Peter Campbell's father, Jimmy, who was a golfing buddy of my father's, was born in one of the attic flats,” Gordon said.

“He claimed that the low headroom meant that he could not stand up straight and therefore developed bandy legs!”

The flat occupants eventually were allocated council flats, and Gordon’s father was able to obtain vacant possession, install bathrooms, and use the flats to accommodate some of his firm’s employees.

At that time the ground floor was occupied by a Mr and Mrs Wilkie, who used the two east rooms as a sweetie shop and the two west rooms as living accommodation, with an outside toilet.