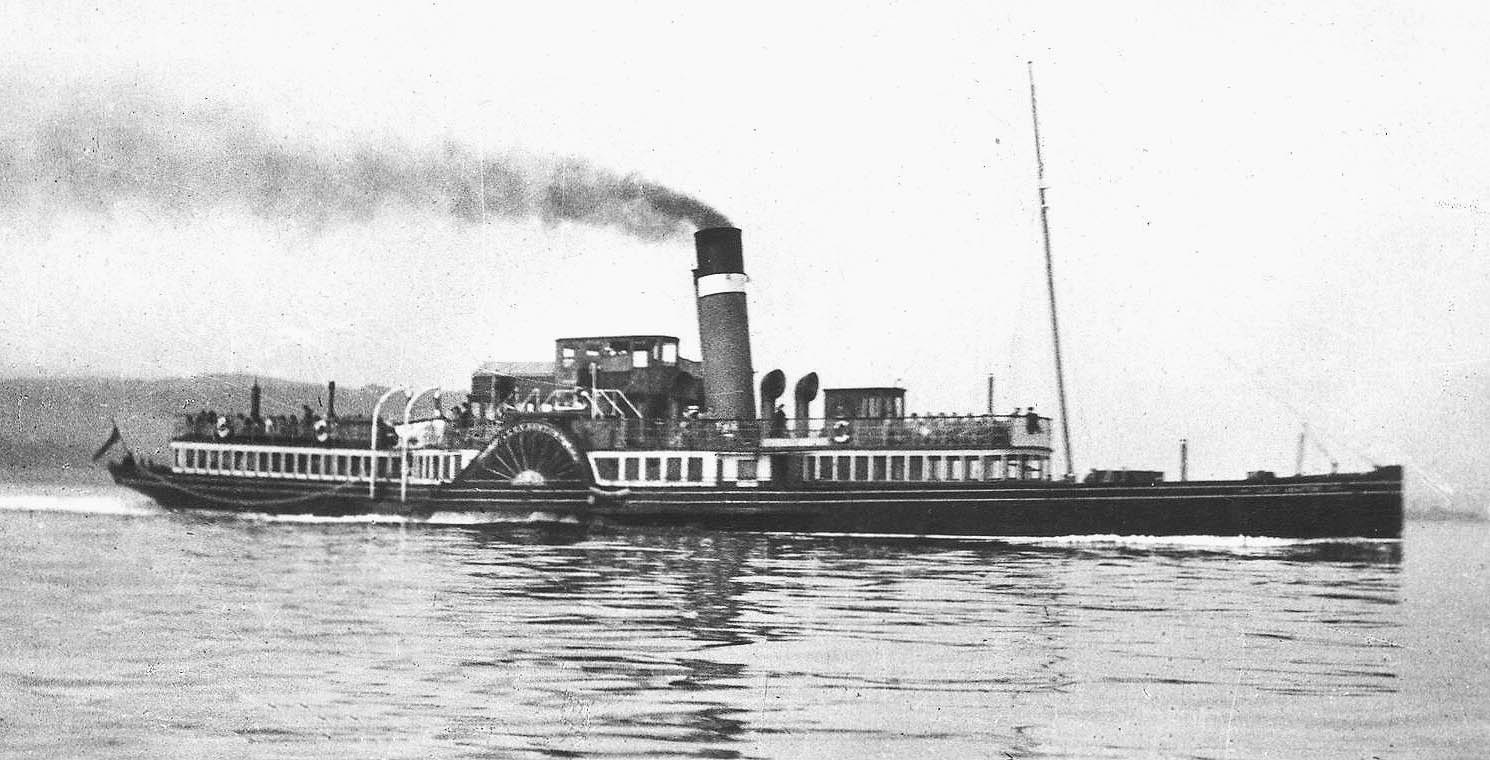 A month-long exhibition at Helensburgh Library in West King Street in February and March 2008 was dedicated to one of the Clyde’s best loved paddle steamers.

It was organised by Marion Gillies, vice-chairman of Helensburgh Community Council, and was inspired by the opening of the new Hermitage Academy building at Colgrain in February 2008.

Marion remembered her own school days at Hermitage School, then in East Argyle Street, and among the memories flooding back was that when the PS Lucy Ashton was dismantled during the 1950s, the ship’s wheel was presented to the school as a memento of the steamer.

When that building was demolished and replaced on a site at Colgrain in the 1960s, the wheel was on show there, and in 2008 it joined staff and students in their new school at the east end of the Colgrain dual carriageway.

Marion spent months putting together a collection of pictures, models and memorabilia charting the life of the paddle steamer.

The 271-ton Lucy Ashton was launched on May 24 1888 by T.B.Seath at Rutherglen. She began on the Holy Loch run but later became more familiar on the Gareloch service from Craigendoran, for which she was built. She remained on the Clyde throughout both world wars.

One of the Waverley Steamers, she took her name from a character in Sir Walter Scott’s novel, ‘The Bride of Lammermuir’. The vessel provided a vital lifeline for rural communities before the days of buses and cars. 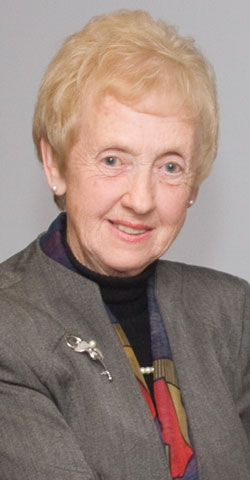 Marion (left) said: “She used to bring the children to school. When they took her apart it was decided that the children at Hermitage School should be given a memento, so they gave us the ship’s wheel. I was there that day and I’ll always remember it.

“When I heard that Hermitage Academy was moving to a new building, I thought ‘I hope that wheel is going to go with them’.

"The school assured me it would be taken, but said they didn’t know anything about its history, so I started collecting information — and it turned out that quite a lot was available.

“This year would have been the Lucy’s double diamond jubilee so I decided to put on an exhibition.”

In the 1930s, the Lucy was doing five round trips of the Gareloch each week day, calling at all piers including Garelochhead, Helensburgh, Rhu, Rosneath, Clynder, Shandon, Rahane and Mambeg. She carried school children, passengers and general cargo from 7.25am to 7.50pm.

Each June, the town’s children boarded the boat and sailed away for the Sunday School Wednesday picnic.

“On that day there was hardly a child left in Helensburgh,” Marion said. “There was often a race between the Sunday schools to see who would reach the pier first. It was quite a day out whatever the weather. We always had a church hall booked somewhere in case it rained.”

At the beginning of the Second World War, the Lucy was used to transport evacuees a safe distance down the river. Another of her duties was to take servicemen out to the troop ships to sail in convoy from the River Clyde.

“During World War Two she was the only paddle steamer left on the Clyde,” Marion said. “The rest were all requisitioned for the war effort. She was a real workhorse.”

The boat was sold to Metal Industries Shipbreakers at Faslane in 1949 and her funnel, deck, saloons, engines, boilers, pedals and wheel were removed.

The British Ship Building Research Association used what was left of the Lucy Ashton for a series of experiments. She was fitted with four Rolls Royce Derwent jet engines and travelled up and down the Clyde to test how a ship’s hull flowed through the water and coped with resistance.

Marion said: “She sped up and down the Gareloch for two years, and the racket was unbelievable.”

On January 25, 1950, Captain McFarlane presented the wheel of the Lucy Ashton to Hermitage School, with the words: “To you pupils I would say, just steer as good a course throughout your lives as this wheel has helped Lucy Ashton to steer, and I’m sure you would have no regrets.”

Marion said: “She was a well loved wee boat and I really enjoyed getting the exhibition together. She was the first Clyde steamer to have a lady purser. Up until then lady crew members were confined to catering.

“There are quite a lot of us still alive who remember her when she was heading up and down the Clyde.”