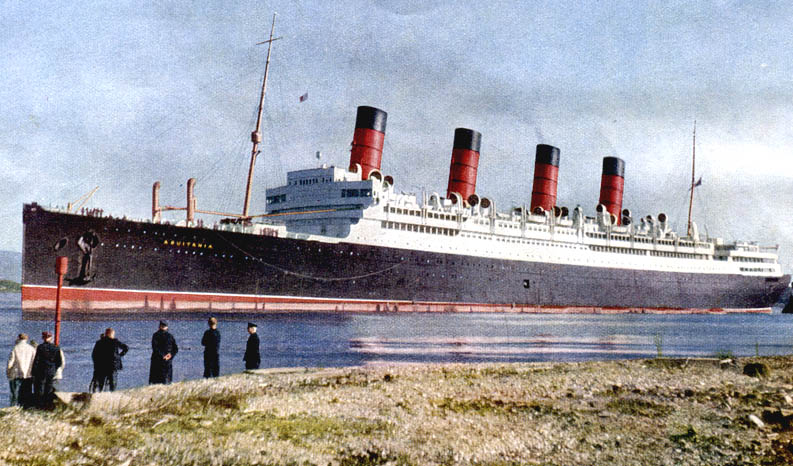 AN important anniversary in both Gareloch and shipping history comes each year on February 21.

On that day in 1950, the famous old liner Aquitania completed her 443rd voyage after passing through Rhu Narrows (right) to reach the Shipbreaking Industries yard at Faslane.

She was the last of the great four-funnelled Atlantic liners and the largest ship to pass through the then 150-yard channel between Rhu Spit and Rosneath, nursed through by tugs on her way to the ships graveyard.

The Cunard archives record that the 53,000-ton Aquitania was the longest serving Cunard liner built in the 20th century and saw service in both World Wars. It is estimated that she steamed three million miles and carried some 1.2 million passengers.

The contract to build the ship went to John Brown & Co. at Clydebank, and great publicity was given to the fact that it would be the largest liner in the world.

She was built under the direction of Sir Thomas Bell KBE, and her turbine engines were constructed by Sir Stephen Piggott, both of whom lived in Helensburgh.

She was launched on April 21 1913 by the Countess of Derby in front of a crowd of over 100,000. Cunard made sure that lifeboat accommodation was provided for all those on board, in the light of the Titanic disaster the previous year.

The Aquitania’s passenger accommodation was superior to anything seen on the North Atlantic before.

The first class drawing room was decorated in the Adam style, copied from certain features in Landsdowne House in London. The walls were adorned with prints of English seaports and portraits of royalty and other prominent people.

The smoking room was modelled on Greenwich Hospital with oak panelling and beams, the restaurant was decorated in Louis XIV style, and the grill room was in Jacobean style. With public rooms of this standard and superior passenger cabins she became one of the best-known Cunard liners.

The Aquitania left Liverpool on her maiden voyage on May 30 1914, bound for New York. The tragic loss of the Empress of Ireland, and 1,000 of those on board, the day before overshadowed this sailing, however.

The ship made two more voyages to New York before the outbreak of World War One, but was then requisitioned by the Government to serve as an armed merchant cruiser. She was commissioned into the Royal Navy on August 7, and her first assignment was to patrol the Western Approaches.

On her next voyage in this role she collided with the Leyland ship Canadian on August 22 in thick fog, and had to return to Liverpool. The subsequent enquiry concluded that the Aquitania was too large to be used as an armed merchant cruiser.

Next she served as a troopship and assisted in the Gallipoli campaign, then as a hospital ship. The entry of the USA into the war in December 1917 brought her back into service to transport the American Expeditionary Force. After the war she was also used in the repatriation of Canadian troops.

Back with Cunard she operated on the Southampton-Cherbourg-New York route, until 1932 when she was used as a cruise ship for the first time, leaving from New York and cruising in the Mediterranean. 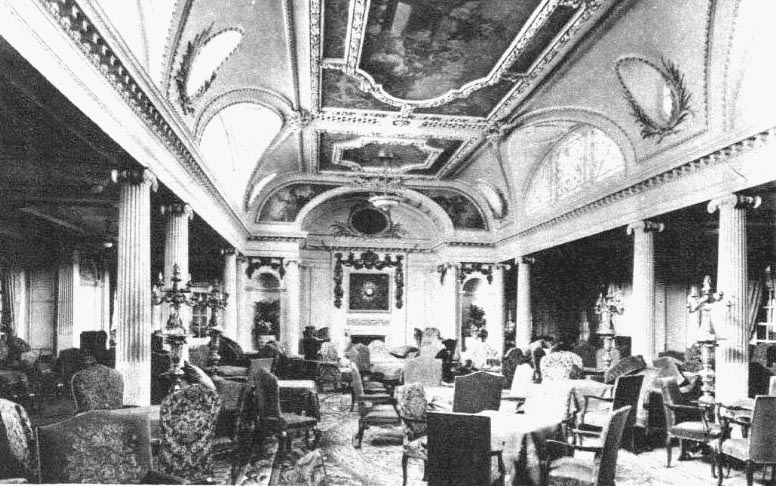 In November that year she underwent considerable internal reconstruction.

All public rooms were renovated and a theatre was added. For the rest of the period up until the Second World War it continued a mixture of Atlantic crossings and cruises.

The Aquitania was requisitioned as a troop transport on November 21 1939. At first she was used to transport Canadian troops. During 1940 she underwent a refit in America and was defensively armed with six inch guns.

From March onwards she was based in Sydney transporting Australian and New Zealand troops, also making two passages between Pearl Harbour and San Fransisco.

For the remainder of the war she was employed on the Atlantic, and after the war had ended in the repatriation of Canadian and American troops.

On April 1 1948 she was released by the Ministry of Transport and returned to Cunard. She was then chartered by the Canadian Government to carry Canadian emigrants between Southampton and Halifax.

This contract was renewed in 1949, but by December 1 of that year this role had been fulfilled and later that month Cunard announced that the Aquitania would be withdrawn from service.

On January 9 1950 Messrs Hampton & Sons Ltd. were employed to auction the vessels furnishings and equipment. Later that month the ship was sold to the British Iron & Steel Corporation Ltd for £125,000.

On February 18 the Cunard and White Star house flags were hauled down. Eight bells were struck and the Last Post sounded. The next day she moved out into Southampton Water escorted by tugs to begin final voyage from Southampton to Faslane.

As she sailed up the Clyde a submarine signalled “RIP”, a frigate flashed “We are proud to have met you”, and a Fleet auxiliary signaled “Goodbye, Old Faithful”. As she altered course her whistle echoed across the hills.

As daylight disappeared on February 21, she was edged alongside the Faslane jetty, before the crew of 240 left the ship for the last time.