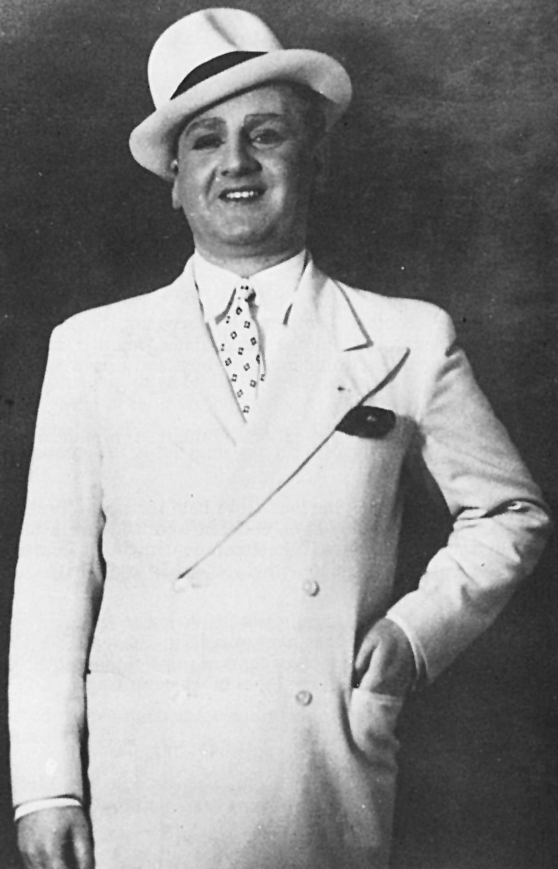 Joe, who was born on May 6 1909, was to be the second most famous of the siblings as his younger sister Mary, born on July 26 1913, became a star under the name of Master Joe Petersen, a tale told elsewhere in this section of the website.

Singing was very much a family pastime, and at an early age both Joe and Mary, perhaps because of their Irish family background, were considered experts in nostalgic songs as, in those hard times following the First World War, people made their own entertainment.

By 1915 the family had moved to Glasgow and James had risen to become a joiner. Joe and Mary sang at home, in school concerts, at parties and other special occasions.

Joe imitated adult singers, and by the age of ten was quite well known, often volunteering to sing in their local theatre.

She recalled later: "He had the most beautiful clear voice, high pitched but never shrill. It was untrained but totally unlike the forced screech of a church chorister!"

A 1994 biography of Mary as Master Joe Petersen by BBC Radio Newcastle presenter Frank Wappat noted that because of a hormonal or genetic problem Joe's voice never broke, which enabled him to sing in a high pitch. But after his tough upbringing he was no weakling.

The late Jimmy Logan, who lived in Helensburgh for many years and was president of Helensburgh Heritage Trust, said: "He was a strapping lad. He could hold his own with any awkward or rough neck character and often he had to defend himself."

Joe left school at the age of 15 and obtained a job at Burtons The Tailors in Glasgow, but continued singing in the evenings.

On stage he was an extrovert counter-tenor who sang Irish songs, old ballads, and the hits of the day, and as he grew older he liked to dress up for his appearances, particularly in a satin suit or a silk dressing gown.

He used his arms and hands to illustrate the words, and constantly moved around the stage.

It was not long before he appeared professionally with a small touring company, then he teamed up with a family act called the Jackson Sisters. They were discovered by a famous American-born Music Hall artiste, Ella Shields, joined her show, and toured throughout Britain as a black and white minstrel troupe.

In 1932 at the age of 22 he played principal boy to Pearl White's principal girl in the first pantomime at the Queen's Theatre, ‘Mother Hubbard'. That year he also made the first of a number of recordings on the Beltona label, and his unusual voice was billed as ‘Voice in a million'.

In 1935 he appeared for a season with top Glasgow comedian Tommy Morgan at Portobello Prom Pavilion.

He continued to be in demand as a successful recording and stage artist, but by 1942, when he was 32, he was terminally ill with cancer and was said to be wasting away. His final appearance was in the Queen's pantomime in 1944.

On March 3, the Glasgow Eastern Standard reported on his funeral at Dalbeth Cemetery with the headline ‘Thousands Pay Tribute to Stage Favourite' and stated that it was the largest representation of the Glasgow theatre world to attend a funeral for many years.

Edie Haley, who had first heard Joe sing at the Queen's 25 years earlier, broke down at the graveside and wept bitterly. Also there was his sister Mary, of whom he was so proud.

Queen's proprietor Harry Hall told the Standard: "He was a singer we will never be able to replace in Glasgow."