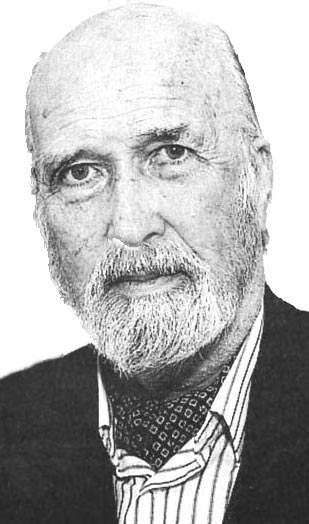 A CARDROSS couple are both leading Scottish artists, acclaimed by their peers.

Helensburgh and District Art Club members James Spence, RSW, RGI, who is 80, and his wife, Anda Paterson, RSW, RGI, who is six years younger, were two of the three founders of the Glasgow Group of artists in 1957.

The group’s members are artists born, resident in or trained in Glasgow. They organise exhibitions which also include works by artists from elsewhere in the UK and abroad.

James, Anda and James Morrison were students at the Glasgow School of Art when they founded the Glasgow Group. They were frustrated by the conservative policies of the local exhibitions at the Royal Glasgow Institute and by the lack of commercial galleries in the city.

Their response was to invite ten other young city artists to join in an exhibition in 1958 in the McLellan Galleries. With the exception of James Morrison and Bill Birnie all were third or fourth year students at the School of Art.

Today the group curates an annual exhibition in Glasgow. In some years this has been toured. In recent years the group mounted two exhibitions and a portfolio show of unframed works each year.

Normally all members of the group, who are elected from previously invited artists, exhibit in these exhibitions. In addition the group has mounted exhibitions in other parts of Scotland and in various European countries.

As it is an artists cooperative, all decisions are arrived at democratically by a majority vote of the artists members.

Born in Glasgow in 1929, James Spence, whose current themes are mythology, and the mysterious light of dawn and twilight, studied under David Donaldson and Benno Schotz at the School of Art.

He also studied at Hospitalfield House School of Art in Arbroath, as did Anda, and he soon became an established figure on the Scottish art scene.

His work is held in collections from Scotland to Tokyo, and he has exhibited in Norway, France, Spain, Poland, Russia and America. But his first solo exhibition was in Helensburgh’s Hill House in 2006, and included 26 oils of landscapes and still lifes.

That same year he received the John Gray Award from the Royal Scottish Society of Painters in Watercolour at their 126th annual exhibition in June.

The winning painting, ‘Approaching Storm — Hebrides’, was adjudged the best of 180 works by both established and emerging artists at the exhibition in the Royal Scottish Academy in Edinburgh.

James said at the time: “This is the award I am pleased with most, because it is given by one’s fellow artists. And it is good to see it’s never too late, as at the age of 77 I’m getting on. You reach a point where you think you are getting past it!”

One of his favourite places is the north-west Highlands. “It is an area I have been fascinated with for some 50 years,” he says. “The mood of the area and the skies of the Outer Hebrides are a constant theme for me. They have the most wonderful skies in the world.”

Principal Teacher of art at Dumbarton Academy from 1973-1990, he has won the BBC Award, the National Bockingford Award, the Royal Physicians and Surgeons Award and the Scottish Amicable Award at the Royal Glasgow Institute, the William Bowie Award, as well as the John Gray Award. 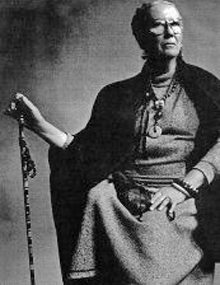 His wife, Anda Paterson, whose mother was a dress designer who designed for the Dutch royal family, was born in Glasgow in 1935. She was educated at Glasgow High School for Girls, Hillhead High School and, from 1953-8, Glasgow School of Art.

Awards she has received include the Royal Scottish Academy Muirhead Trust Award in 1959, the Latimer Award in 1961, Glasgow Civic Prize in 1964, and the Ann Redpath Award in 1971.

She has had solo exhibitions at Charing Cross in Glasgow, the Scottish Gallery in Edinburgh, the Lillie Art Galleries, the Roseangle Gallery in Dundee, and Compass in 1971 and 1998.

Anda says: “I have had a strong preference for 'organic form' human and animal in contrast to man-made mechanical form, for example still life.

“I am also aware there are many modern artists, whom I greatly admire who have experimented with abstract forms. All art, of any value must have an abstract element in it, if it is to be successful in expressing its raison d’etre.

“The messy untidiness of human life, on one hand ridiculous and comic on the other, struggling, anxious and sometimes tragic — this is my subject matter. No romantic dreaming or glamour — the human figure before being tidied up, polished, or glamorised, the moment in time, before becoming aware of being looked at.

“I paint what I observe and know of their life and mine, observation and experience. I am particularly fascinated by structure and formation of the human head and hand.”

Both James and Anda have been active members of the Helensburgh art club for many years, and late in 2008 James — then aged 79 — gave the club an illustrated talk on his paintings.

They are both fond of Spain and Portugal, and in their village garden they grow olives in pots and figs.

The couple's two children, who started painting with their mother when they were tiny, are also successful artists in their own right.

Son Paul has built a reputation as a ceramicist whose pots are on display in the Guggenheim Museum in New York, while daughter Judith Anna is a draughtsman and artist specialising in etching and lithography and has won a number of awards.