A HELENSBURGH singer was a highly regarded member of the chorus group at the Royal Opera House in London’s Covent Garden for 30 years.

Born in Adelaide Street in the town in 1920, Daniel McCoshan travelled the world and sang with some of the great names in opera before his death on January 21 2003 at the age of 82.

Dan lost his left eye in an accident at the age of six, but the setback did not hamper his path to success.

He had a wonderful voice and as a boy sang in the St Michael and All Angels Church Choir and appeared in amateur drama and operatic productions.

In 1940, at the age of 20, he was called up into the Black Watch for World War Two service, and later transferred to the Pioneer Corps.

He was posted to Ledbury, Herefordshire, and put in charge of Italian prisoners of war who taught him their language — a skill which was to prove very helpful in later life.

After his demob from the Army, he worked as a gardener with the Helensburgh Town Council parks department.

When Dan was in his early 30s a Helensburgh lady who heard him perform was so impressed by the power and emotion of his tenor voice that she suggested he ought to consider singing professionally.

She and a group of local people arranged for him to go to London to be auditioned at the Guildhall School of Music. He won a place, and in his first year was awarded the 1955 gold medal for tenor voice.

After graduating he joined the Glyndebourne Opera Company, with whom he sang in a variety of roles, and was thrilled to be presented to the Queen on one occasion.

He sang at the Wexford Festival in Ireland and at the Edinburgh Festival with Iain Wallace.

In 1961 he signed a contract with the Royal Opera House where he remained for 30 years as a member of the 60-strong chorus. He also sang a number of small individual roles during his time there, and was awarded their long service medal.

In 1963 he came home to sing two hymns in the BBC TV programme Songs of Praise when it was filmed in Helensburgh’s Old and St Andrew’s Parish Church, now the West Kirk.

During his distinguished career Dan travelled the world and was privileged to sing with some of the great names in opera, including the Three Tenors, Dame Kiri te Kanawa, and Dame Joan Sutherland (with whom he is pictured below). His final appearance at Covent Garden was in September 1983.

He also made a promotional video with Prince Charles, and was the Equity union representative for the company. But he also returned home to the burgh whenever possible.

After his death in Kidderminster General Hospital in Worcestershire, where he lived with his family, his devoted wife Helen said of him: “Dan was a modest, generous man with a wonderful sense of humour. 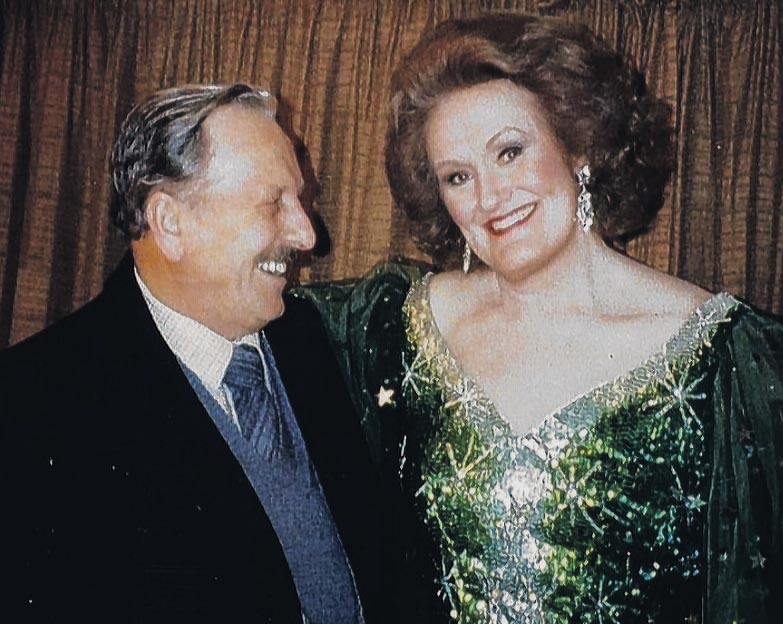 “He never forgot his Scottish roots, and he was a man who always put his family first.

“Dan was a great lover of the work of Robert Burns, with one of his favourites being ‘Is There For Honest Poverty’ — especially the last verse.”

The very familiar last two lines read: “That man to man the world over, Shall brothers be for all that.”

Dan was survived by his wife, sons Duncan and Andrew, and three grandchildren.

His brother Jim, who died in 2008, was affectionately known as Coshie and ‘Mr Rhu Amateurs’ because of his involvement with the village’s very successful amateur football club, which spanned more than 30 years as player, manager, and groundsman.