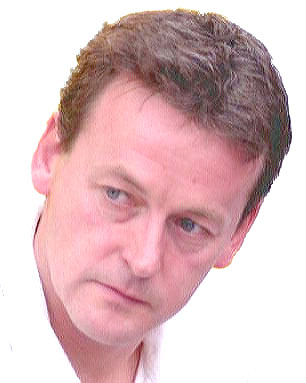 A GARELOCHHEAD man was named top director at the 2008 Scottish BAFTAs.

It was the latest success in a career as actor and director which had already brought him five film award and four nominations.

His first career choice was to be a joiner with D.L.Gall & Son before taking an interest in drama.

He got his first taste of the stage from Helensburgh woman Pamela Randal who ran a theatre workshop on Saturday mornings. He said: “I was 21 and everyone else was 12 to 16. I was a late starter!

“Pamela was very encouraging and organised an audition for the Scottish Youth Theatre summer school during the Edinburgh Festival.

“She is a great teacher and I have very fond memories of her. She bought me a book on Shakespeare for my 21st birthday, which I still have, and was 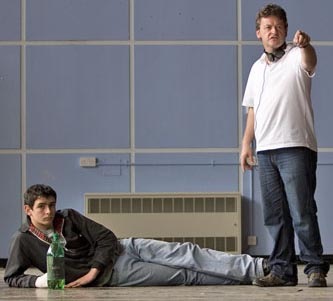 dipping into just last week, as I may be directing Titus Andronicus fairly soon.”

The previous year he wrote a play called The Business of Blood which was first produced by Calypso Productions at the Project Arts Centre in Dublin.

His first film as a director was Duck in 1998, and for TV he directed various episodes of City Central, The Cops, Hope and Glory, Attachments, and Buried.

His 2001 TV drama Gas Attack won Best New British Feature at the Edinburgh International Film Festival and was nominated for the Golden Alexander award at the Thessaloniki Film Festival and for Best Film at the Cherbourg-Octeville Festival of Irish and British Film.

Gas Attack fashioned a deadly scenario from contemporary tensions, both local and global. Its inspiration came from a visit to Kosovo in 1999 by the producer Samantha Kingsley, who, at the behest of the BBC, accompanied a forensic team gathering evidence for a War Crimes tribunal

In 2006 he directed two episodes of the very popular spy drama Spooks, and in 2008 he directed the series Wired.

His second film was Yasmin in 2004. It explored the plight of one British 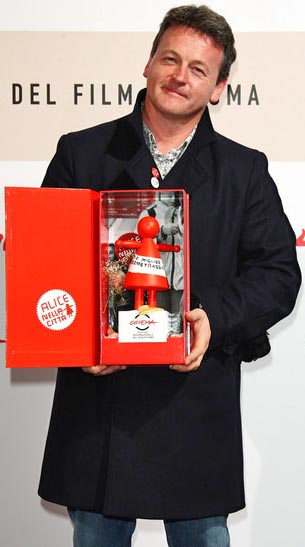 Asian woman and her family after 9/11, and drew considerable critical acclaim.

With Yasmin he won both the Coup de Coeur and the Prix Cine Femme at the Mons International Festival of Love Films, and the Prize of the Ecumenical jury at the Locarno International Film Festival, at which he was also nominated for the Golden Leopard prize.

It also gained the Audience Award and was nominated for the Golden Hitchcock prize at the Dinard British Film Festival.

Summer, a witty, poignant movie about loyalty, friendship and love, tells the story of Shaun, who has had twelve years to reflect on an intense summer of love, sex and loyalty, but his best friend Daz’s imminent death forces him on a journey to confront his past.

Looking to the future, he is working with author James Kelman on two projects: one, an original screenplay, Into The Music, structured around a road trip through America; the other, an adaptation of Kelman's last novel, Kieron Smith, Boy. The latter retains some of the central themes which intrigued him about Summer.

Kenneth’s home village of Garelochhead — which he visits regularly with his children as he has lots of close friends, but no relatives, still living there — could feature in one of his films.

He told Fiona Howard of the Helensburgh Advertiser: “I really want to make a film about Garelochhead. It’s a fantastic opportunity to document the expansion and demise of the village at the same time.

“With the MoD influence being down-sized, the ‘Navy scheme’, originally built to house MoD workers, has been taken over by the council, and houses an overspill from Glasgow.

“So, it is interesting to see the urban rubbing shoulders with the country and the tensions and surprises that throws up. There is a great story there!”

He added: “Of course, it has a rich history. During World War Two, it had a prisoner of war camp and a lot of people stayed on after the war ended. I grew up with friends with names like Skuodas, Svaski, Riebatric. 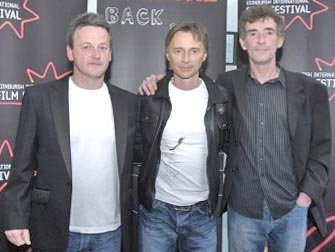 “It is interesting with the current debate about not allowing asylum seekers into the country on the grounds that they are different. Garelochhead proves it can work and has been doing for years. Rock on Garelochhead!”

The pictures above show Kenneth directing an actor in Summer, with his Best Film award in Rome, and with Robert Carlyle and Steve Evet at the Edinburgh International Film Festival.

■ A Helensburgh man who won a Scottish BAFTA in 2006 drew on his upbringing in the town. Writer and director Martin Smith, a former Hermitage Primary and Hermitage Academy pupil, took the Russell Hunter Award for Best Short Film for ‘Tracks’.