A YOUNG artist from Rhu who now lives and works in America has gained an international reputation, with her paintings selling for as much as 10,000 dollars.

Vicki Hopkinson — who comes home regularly for holidays — is particularly renowned for her paintings of animals.

Vicki says: “From the age of eight I decided that I wanted to be an artist, and my mum and dad and my teachers encouraged me in this ambition. I particularly wanted to paint animals, and I did cartoons of horses, cows and sheep.”

Her talent was recognised at school, and her work was geared towards going to art college.

As she wanted to be away from home rather than commuting to Glasgow, she applied for and gained admittance to Edinburgh College of Art. She found it a rude awakening.

“Basically they challenged me, and made me think much more widely and tackle varied subjects,” she says. “But in my final year I was able to return to my first love, animals.”

She did this to great effect, as in her final year degree show in 1991 she sold 65 out of 68 paintings she exhibited, whereas most other students sold only three or four. She graduated with honours in painting.

“People even bought pages out of my notebook which contained sketches,” she said.

At this show she was discovered by representatives of leading art galleries, and she was immediately in demand for exhibitions around Scotland and in London.

Her father says: “I think people loved her work because she painted what people wanted to hang on their walls.”

In 1993 she moved to Edmonton, Canada, with the man who was to become her husband and is now a senior financial manager. Four years later they moved to their present home in Colorado Springs, Colorado.

The proud owner of two dogs and a horse named Chili, Vicki still considers animals — particularly domestic, but also ranging from geese to sheep — to be her main subject. 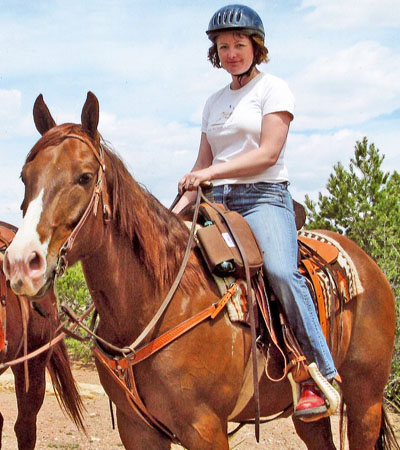 She sells much of her work, ranging in price from 2,500 dollars to 10,000 dollars, through the Hayden Hays Gallery, and they say of her: “She captures the varying personalities of the animals in her work.

“She has developed a distinctive style, using mixed media, of incorporating gold leaf, tissue and calligraphy.

Her prowess was recognised in 1998, when the Royal Glasgow Institute awarded her the prestigious David Cargill Prize. Her work is highly prized, and is on show in galleries throughout Britain and in the United States.

“Since the start of 2008 I have been really pushing myself again,” she says, ”and now I am painting mainly in oils.”

Much of her work is commissioned, with people seeking paintings of their dogs and other animals. In May and June she completed work on her two latest paintings, of a dog entitled ‘Night Prowl’ and a stag entitled ‘Lord John’.

Vicki, whose older brother Chris lives and works in Siberia, comes home to Rhu for several weeks each year, and hopes to be back for two weeks at Christmas — not least because she really misses Scotch pies and haggis. 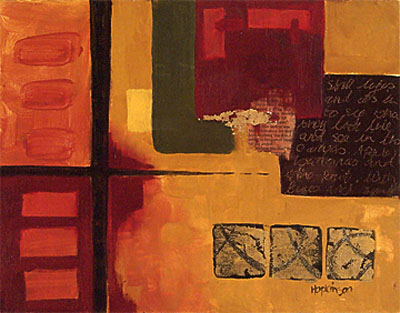 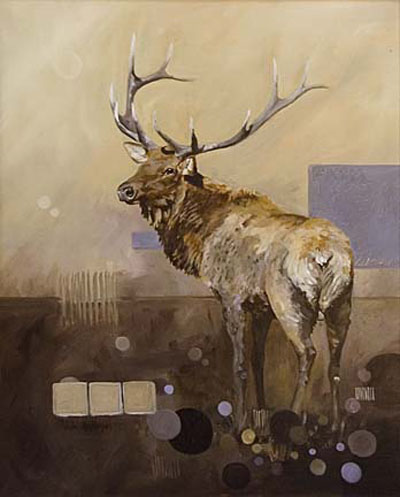