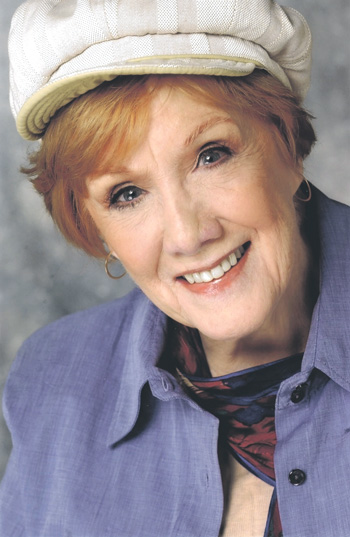 AN American songstress whose voice was used in place of Helensburgh screen star Deborah Kerr’s vocals in ‘The King and I’ is keen to trace her roots – which she believes may also lie in the burgh.

Marni Nixon — who was born Margaret Nixon McEathron in Altadena, California, on February 22 1930 and is known as ‘The Voice of Hollywood' — was working with Deborah on the big-screen hit when she learned from an historian that her family too came from the Helensburgh area.

“The subject has been coming up ever since, but I have not been able to find out any details,” said Marni.

“I felt, since I had done the dubbing for Deborah, that it was interesting that our families could have come from the same part of Scotland. We had the same colour of hair and I felt so close to her; indeed I spoke with her nurse just before she died.

“Deborah herself was unable to speak to me because of her illness, but she gave me permission to use the one photograph that exists of her and I together in my autobiography.

“It was taken during the dubbing of ‘An Affair to Remember’ and the only other person whom I know to have copies of photographs of Deborah and myself together was Yul Brynner, who took pictures of us during the dubbing sessions, I believe.

“I have never seen those pictures, because of some showings I’ve heard about at the Academy of Motion Pictures, I know that some exist in his or his daughter’s archives.”

It is thought that the McEathrons had connections with horse breeders on the Mull of Kintyre, and it was the Nixon side of the family that came from around Helensburgh.

Marni was the singing voice of a host of screen legends, including Audrey Hepburn, Deborah Kerr, Natalie Wood, and Marilyn Monroe, to name only a few, and she bears a close resemblance to one performer she has never dubbed — Julie Andrews.

The two, however, are forever linked by ‘My Fair Lady’ — Julie was the original Eliza on Broadway in 1956 and then lost the 1964 film role to Audrey Hepburn, and Marni dubbed her singing.

She and Julie, however, did appear together in 1965’s ‘Sound of Music’ when Marni played Sister Sophia, who helped ponder how to solve a problem in the song “Maria”.

She added: “You have to feel the people you’re singing for are your friends. They have to share themselves with you. Once they realize you’re like a sponge and aren’t going to take over their performance, it’s fine.

“The important thing is to sound as the actress would sound if she were doing the actual singing.”

In her own name, Marni has recorded songs of several artists, including Jerome Kern, and George Gershwin. On Saturday October 25 2008, she will be presented with the Singer Symposium's Distinguished Artist Award in New York City.

Her autobiography, published by Watson-Guptill Publishers and Billboard Books, has now gone into paperback.