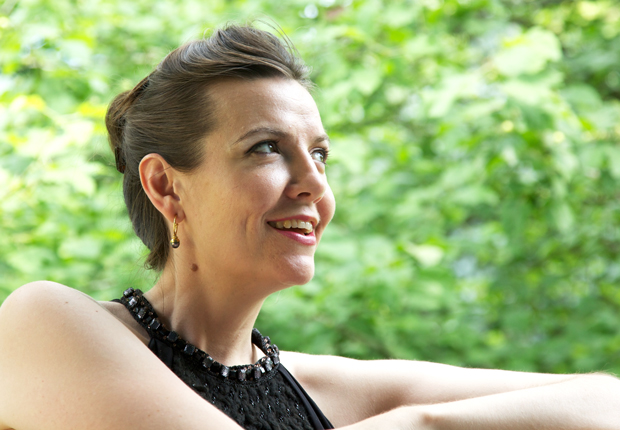 A FORMER pupil of Helensburgh's Lomond School, Lee Bisset, is now one of Britain’s established opera and concert singers.

Daughter of Jack and Jennifer Bisset from Inverbeg on Loch Lomondside, Lee studied singing while at school with Anne Lyons and piano with Jean Kelso, at the Royal Scottish Academy of Music, for several years in Italy with Romolo Castiglioni, and at the Royal Northern College of Music.

While she was at the RNCM Lee won the Joyce and Michael Kennedy Strauss Prize, the Webster Booth Award and the Dame Eva Turner Award.

She began her career singing roles such as Tatyana in Eugene Onegin, Fiordiligi in Cosi fan tutte, Donnas Elvira and Anna in Don Giovanni.

As a member of the Young Singer’s Programme at English National Opera, she sang First Lady in The Magic Flute, Karolka in Jenufa and Mimi in La Boheme. She represented Scotland at the BBC Cardiff Singer of the World Competition in 2005.

She has also sung Michaela in Carmen at the Royal Albert Hall, and the protagonist in Nick Fells’ and Zoe Strachan’s new work, Sublimation for Scottish Opera, both in Scotland and in Cape Town, South Africa. In 2011 she  sang her first Sieglinde, in Wagner’s Die Walkure, for Longborough Festival Opera to huge critical acclaim, which led to her making the transition into heavier repertoire.

More recently she has sung the title role in Tosca for Northern Ireland Opera and for Opera Memphis, USA, Sieglinde in Sao Paulo, Brazil, Freia in Das Rheingold for Opera North, the title role in Káťa Kabanová for Longborough Festival Opera, Freia, Sieglinde and Gutrune in the Ring Cycle at Longborough Festival Opera, and Senta in Der Fliegende Hollander for Dorset Opera; as well as concerts with the Hong Kong Philharmonic Orchestra.

Of her recent Káťa Kabanová, Michael Kennedy wrote in Opera Magazine: “Lee Bisset’s wonderful portrayal of Katya, meanwhile, should ensure her entrée into any opera house in the world where this work is being performed. 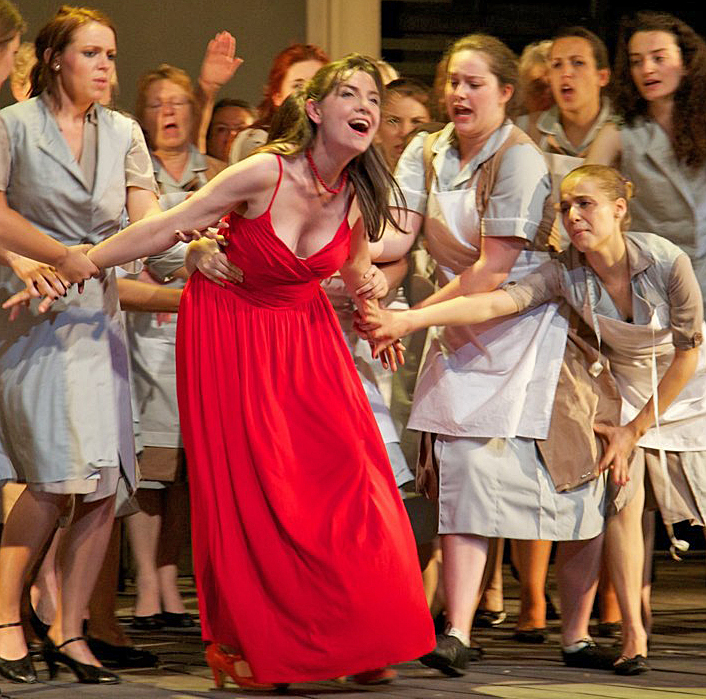 Lee has sung in most of the major concert venues in the UK, giving a solo recital in St John, Smiths Square, London, and as soloist in opera, galas and oratorios in the Glasgow Royal Concert Hall, the Lowry in Manchester, the Barbican, and the Royal Albert Hall in London.

She lives in Lewes, East Sussex, with a dachshund called Griffin and a conductor called David Angus, who is the music director of Boston Lyric Opera, and continues her studies with Patricia MacCaffrey, Dame Josephine Barstow and Dame Anne Evans.

Lee says that her heroes are Maria Callas, Maggie Gyllenhall and Cate Blanchett, and that, in her spare time, she enjoys reading, walking, drinking coffee and eating cake with friends.