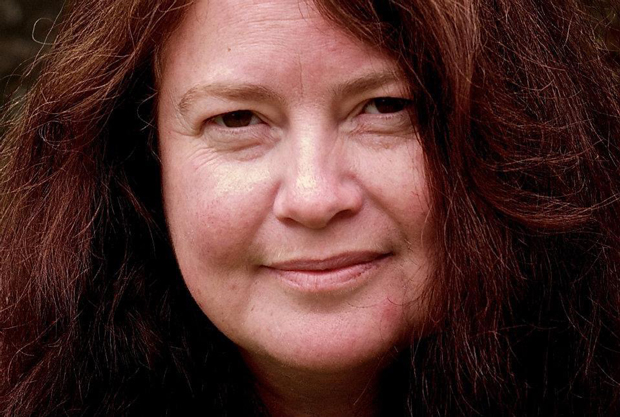 A FOLK singer who came to live in Helensburgh 2007 is famous throughout Scotland and has been described as having ‘a God given voice that knocks you sideways’.

Kirsten Easdale, who now lives with her partner, fine art photographer Steve Niblock, in Arrochar, has performed at major international festivals and events worldwide and supported artists like Shane McGowan and Donnie Munroe of Runrig.

In her earlier years Kirsten (right) was a full-time performer but now she is part-time and works mostly in Scotland.

Her busy life includes historical research, particularly in relation to Robert Burns, and she is a past president of Helensburgh Burns Club and an honorary member of Ayr Burns Club. She also is a volunteer helper at the Three Villages Hall in Arrochar.

Born Kirsten Jane Dickson in Glasgow on June 4 1966, she grew up in an Uddingston musical family and was educated at Uddingston Grammar School.

While there she played the violin and sang in school and church productions, and she was a violinist with the Lanarkshire Junior String Orchestra.

She took part in amateur choral productions before becoming a professional singer in 1991, and soon became involved in the Scottish traditional music scene.

During the early nineties Kirsten was a member of the folk group Whisky Fingers who played at folk clubs and at some Scottish festivals and gala days. Next she went to London, to learn to make reeds for small pipes and early instruments for pipe makers Border Chantery.

In 1995, Kirsten joined the Dundee band The Cutting Edge, performing at festivals all over the world. She also sang at many recording sessions, and at one such session in 1997 she became a founder member of the Celtic band Calasaig.

The band became very popular in the world of traditional music through numerous performances and quality recordings.

Their albums brought the band critical acclaim and were regularly in the top ten of several traditional music album charts in Europe and the US, as well as on radio play lists around the world.

She has recorded over 15 albums, including four with Calasaig.

After turning part-time she now performs mainly as part of a duo with accordionist, Gregor Lowrey.

A lot of their work, before the Covid pandemic, was with an organisation ‘Music In Hospitals & Care Scotland’, touring all over the country for concerts or workshops in hospitals, hospices, care homes, day centres, lunch clubs, and with adults who have learning difficulties.

Kirsten said: “We absolutely love doing this.  It really is joyous, and can be emotional at times, just to see how music and song can reach people, in a way that nothing else seems to do.

“Hopefully we will return to some kind of normality in 2022 but no current plans are firm.”

This lady of many talents, who sang with top ceilidh band Ceilidh Minogue for BBC Radio Scotland’s Hogmanay show in 2015/16, has also worked as an event organiser and producer.

The most recent event she organised was the 2015 North of Scotland tour for Bring In The Spirit, which included the Orkney Isles and the Highlands, for which she received an award from Creative Scotland.

She also organised West Dunbartonshire Council’s “Songs of Robert Burns” at the Denny Civic Theatre and a concert series in Glasgow called “Trad In The City”.

“My most recent work as a producer, was co-producing with Gregor Lowrey the late Lionel McClelland’s unfinished, posthumous album ‘Tae Wyle Us Hame’,” she said.

“It was released in 2012 — how time flies — which was full of very special memories. It was very sad, and difficult at times, but also full of joyous memories of our friend.”

In the past, she has produced concerts, shows and organised gigs and tours for traditional music artists and given workshops for RSAMD outreach programme, The Arts Factory and Goderich Celtic College.

Her own agency ‘Glasgow World Music’ provided musicians for clients including the Visit Scotland “Glasgow – Scotland With Style” campaign in Philadelphia, USA, and The Piping Centre in Glasgow.

She finds Arrochar a good base as it is easy to travel by bus or train to most parts of Scotland then travel to gigs with her fellow musicians in a vehicle.

She said: “I could be performing anywhere in Scotland from the Shetland Isles to the Solway, so it really makes no difference where I stay.  Arrochar is also close enough to Glasgow airport, although I don’t tend to travel abroad as much these days.”

Historical research has become an increasingly important part of her life, in particular the 18th century, through authors such as John Prebble, Elizabeth Grant, James Hunter, James MacKay, and the songs of Robert Burns.

“It was a fascinating time of social and political change in the history of our country,” she said.

Her research began when Steve gave her the second volume of a 1793 Edinburgh edition of Burns’ ‘Poems Chiefly In The Scottish Dialect’ which contains a signature ‘Miss Dunbar of Boath’.

The name Dunbar of Boath, rang a bell, and she was excited to discover that she was the niece of one of Burns’ Edinburgh companions and correspondents.

William Dunbar of Boath was also the ‘Colonel’ of the debating club of which Burns was a member, ‘The Crochallan Fencibles’, and was immortalised in song as ‘Rattlin Roarin’ Willie’.

“I have written a biographical article on Helen Dunbar, and I had a short essay on William Dunbar published in The Burns Chronicle,” she said.

“I decided to research Burns’ ‘West Highland Tour’ after moving to Arrochar. A lot of mystery surrounds this tour.

“The only account was given by one of Burns’ travelling companions, Dr George Grierson of Glasgow. The original was lost in the 19th century and all that survives is Grierson’s account of their journey between Inveraray and Dumbarton, and one or two of Burns’ letters.

“The late James L.Hempstead of Dumbarton Burns Club researched and published extensively on the Loch Lomondside and Dumbarton sections of the tour, but almost nothing is known about the tour before they arrived at Inveraray.

“Burns’ fragment of a letter from Arrochar to his friend Robert Aitken is tantalising because of its address — “Arrochar, near Crocharibas, by Loch Loang”.

“I was, very kindly, given sight of the original fragment by Dr Moira Hansen and Dr Gerrard Carruthers of the University of Glasgow, who are compiling the new Oxford Edition of Burns’ letters.

“No-one in the village knew the location of ‘Crocharibas’ although a helpful few did offer suggestions, which unfortunately didn’t pan out.

“In 1787, the village of Arrochar did not yet exist.  Arrochar was the name of the Estate which belonged to the MacFarlane Clan until 1785.

“At that time, it was Gaelic which was spoken throughout the area, and it was only after consulting with some people interested in Scottish place names that I received a reply from Gaelic singer Maighread Stiubhart, a tutor at Sabhal Mor Ostaig, the Gaelic College in Skye.

“She was able to help solve a large part of the mystery about the place name.

“It turns out ‘Crocharibas’ is the phonetic pronunciation of Cruach Tharbeirt, the hill between the villages of Arrochar and Tarbet.

“I am currently researching the location of the Post Station and Receiving House, at that time, as I believe this is where this letter was posted. It is particularly good to be ‘on the ground’, so to speak.

“I am also researching the possible route of Burns’ outward journey from Glasgow to Inveraray, although it has been difficult to visit places, due to closures and lockdowns. 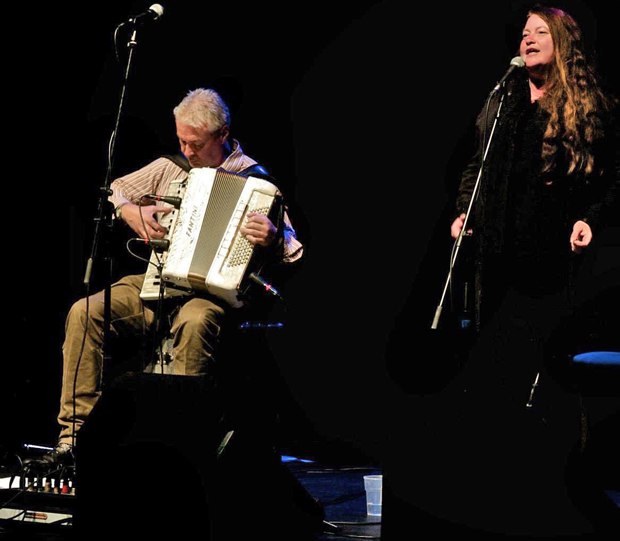 “Just before Christmas, I was kindly invited to visit with George MacMillan, Clan Chief of MacMillan, at Finlaystone House in Langbank which I believe Burns visited on his way to Inveraray.

“George Dunwoody, who is a past president of Dumbarton Burns Club, drove us there. A precious relic — Burns’ signature on a piece of glass which used to be part of a window in the dining room — was brought out for us to examine and photograph.”

Kirsten still has a lot more research to do. She finds it exciting and rewarding to discover something new that no one else has.

She and Gregor (left) still find time to perform for local organisations, such as Helensburgh & District Highland Association, as well as at charitable concerts and events held locally, such as ‘Tune Into Autism’ and ‘The Christmas Tree Festival’.

“We always make time to do something at least once a year for the Helensburgh ENABLE branch club which my son Stuart attends regularly,” she added.

“I very much enjoy being invited to organise the music every year for our very successful Helensburgh Burns Club St Andrew’s Nights, and I was able to bring many well-known Scottish traditional musicians to perform.

“I am particularly happy to encourage an inclusive atmosphere at these events and attract folk who would never have normally attended a Burns Club event.”