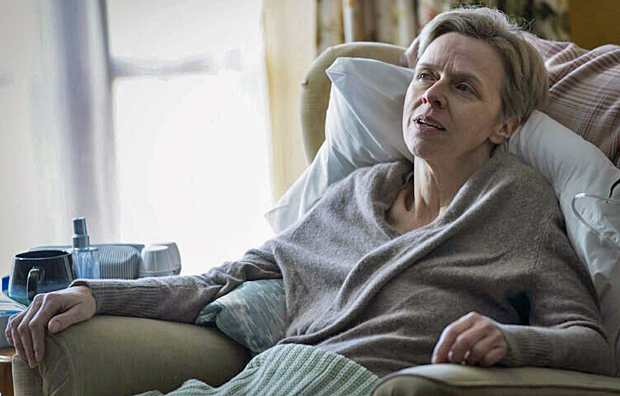 THE BBC One TV series Shetland attracted huge viewing figures . . . and one of the reasons for that was the stunning performance of a former Rosneath Primary and Hermitage Academy pupil.

The complex character of Donna Killick — murderer of a local girl — who was dying of cancer was a gripping portrayal by actress Fiona Bell, who has appeared in several successful TV dramas.

Fiona, who is 53, is the youngest of three sisters, all born at the former Braeholm Maternity Hospital in Helensburgh. Her eldest sister Helen is now a teacher, and Alison is a sculptor.

“Alison and I always lived in Rosneath, but Helen lived with my mum and dad on Camis Eskan Farm until she was three when they moved to the peninsula,” she said.

“My mum Eva is still in Rosneath. My dad died 16 years ago, and he is buried in the cemetery 100 yards from my mum’s front door.”

Fiona enjoyed being a pupil at the village primary school when the head teacher was the highly regarded Betty Mackay, and particularly loved taking part in Burns competitions.

“Extra-curricular activities for kids hadn’t really kicked off in the 70s,” she recalled, “and everything revolved around the school and the church. The school used to insist that we alternated between the Protestant and Catholic churches for school services, so it was all very inclusive.

“Halloween was my favourite time as a kid and yes, it was all about getting dressed up. A local couple used to organise a bonfire with soup and sparklers for the kids on Guy Fawkes Day.

“The school used to give each class their own Christmas party. We had great cooks, and the buffet they put on was a huge treat. As we got older there was the youth club and youth club discos. It was pretty idyllic.”

She was not quite so happy while at Hermitage in what she remembers as a huge 1970s grim building compared with the current school, and with over 1,000 fellow pupils.

She said: “I did well but I couldn’t wait to leave. I did my Highers at 16 then had a year out, working in The Dalandui Hotel near Garelochhead, and went travelling a bit.

“The Dalandui was a huge part of my teenage life.  The couple who ran it, Maureen and Stuart Fair, who became lifelong friends, made it like a second home for their staff and a lot of their regular customers — it was a very special place.

“I didn’t get involved in drama through school as I wasn’t confident enough.  I joined a drama group based in the Victoria Halls when a boy from the village, Tom Chadwin, said they needed more actors for a play they were rehearsing.

“We did a play about Hitler’s student days, when he was trying to be a painter, and after that I joined the Mitchell Youth Theatre in Glasgow and got my first lead as Sandy in Grease.

“We played the Mitchell Theatre for a week and my family hired a minibus to come and see it. I still like belting out a chorus of Hopelessly Devoted! From there I applied for the Scottish Youth Theatre, and I did that for a whole summer in Livingston.

“1986 I went to what was then the Royal Scottish Academy of Music and Drama, now the Royal Conservatoire of Scotland, in Glasgow, graduating with a BA Acting degree.

“When I left college I was lucky and got my Equity card from a theatre company to do a show called Vodka and Daisies, touring Glasgow and the central belt.

“I did theatre solidly for the next seven years. I worked a lot at the Tron in Glasgow and in the Lyceum in Edinburgh, and with the 7:84 and Communicado theatre companies.

“My first major role in professional theatre was Anne in C.P.Taylor’s Good about the rise of fascism in Nazi Germany. It was the first part I was given without auditioning, which I think is something every actor remembers.

“I have a few favourite parts, all in theatre. One was Roxanne in Cyrano de Bergerac. It was a Scots language version by Edwin Morgan.

“I played Joan of Arc and Queen Margaret — Margaret is the largest part in Shakespeare’s plays as she spans four of the histories from Henry VI and Richard III — in the History cycle for the Royal Shakespeare Company, which was a complete joy.

“A few years ago I played Martha in Who’s Afraid of Virginia Woolf at The Gate Theatre in Dublin. I have never had a better time on a stage. The writing is exquisite.

“The play script is so tragi-comic that although the play can last four hours and goes to such dark places, as an actor I never dreaded the night ahead as you are playing to laughter for a lot of the performance.

“I left Glasgow a couple of times, first of all to do TV down in London. I was cast in the ITV drama series Soldier Soldier as Angela McLeod, my first major TV part, and did a couple of series, but I still ended up back in Glasgow between filming and theatre.”

Fiona has appeared on TV since 1995 when she played a small part in The Bill, and she is perhaps best known for her role in Soldier Soldier, opposite Robson Green and Jerome Flynn, from 1997-98.

She first appeared as Donna Killick in Shetland series four from 2018. In 2020 she appeared as Hilary in the BBC One drama series The Nest, part of which was shot in a luxury lochside home in Cove, playing the sister of Dan, played by Martin Compston.

Fiona also portrayed Gillian Mooney in Blood, opposite Adrian Dunbar, so she has worked with two Line of Duty legends. Other appearances include roles in EastEnders, Casualty, Dead Still, and Kin.

She is married to fellow actor Conor Mullen, first cousin of U2 drummer Larry Mullen Jnr. They met while filming Soldier Soldier.

The couple have two children – Cassie (14) and Keir (10) – and Conor has two by his first marriage, Hannah and Georgia. They live in Dublin, where he was born, and a lot of his family live nearby. He is the voice of the speaking clock in Eire, and has appeared in Holby City, The Bill, Murder Prevention and Heartbeat.

At the end of series four  of Shetland her character eventually confessed her guilt and was imprisoned. In the sixth series she had been released from prison as she was dying from terminal cancer. Viewers had wait to the final episode to see if she was linked to the murder of local lawyer Alex Galbraith.

Alex was representing Donna and secured her release before his death, but nobody was happy to see her back in the village.

“I loved working on Shetland, especially the sixth series,” she said. “Because Donna went to jail in series four, I didn’t expect to be asked back.

“And because of Covid and the lack of work for most of 2020 I just so enjoyed having a part to think about again — so much so I cut my hair and dyed it grey, which is much harder to do than you’d think, and lost a stone in weight to play her.

“I wanted her to look completely different to how she had been in series four, unrecognisable, as that is what she had become to herself.

“She was so hard, embittered and hurt by the world. What she was prepared to do to exact her revenge was so extreme and I wanted it to be as real and affecting as possible.

“It is a great cast. Most of my scenes are with Dougie Henshall and Mark Bonnar; and you couldn’t hope for better actors to work with as they are at the top of their game — and very, very decent, nice people too, which always helps.” 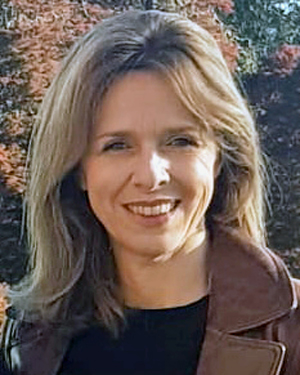 Fiona (left) enjoyed filming in the Shetland Islands twice and travelling round when she had time off.

“It’s stunning — bleak, but beautiful when the sun comes out,” she said. “The beaches are amazing, as beautiful as the white shell sand beaches in the Hebrides.”

Looking to the future, she says: “My first outstanding ambition is just to keep working, to pay my bills from acting, and my second is to be in a Western.

“I’ve loved Westerns since I was a kid, loved them, watching and then reading them. I was obsessed with the Virginian, which my mother totally indulged. The High Chaparral, Bonanza — 70s tv was great.

“I tell everyone I can that this is my ambition in the hope that one day some producer will remember and cast me!”

She comes back to the district as often as possible, and before Covid her mum often went to Dublin. She enjoyed filming The Nest in an attractive modern house beside the loch in Cove when she was able to live at home.

“The interiors for Shetland were mostly filmed around Glasgow so I was able to nip down and see my mum a lot then too,” she said.

“I still have a lot of family in Helensburgh and on the peninsula. We were very close growing up, and although we don’t get to see a lot of each other these days, when I do see them we pick up right where we left off.” 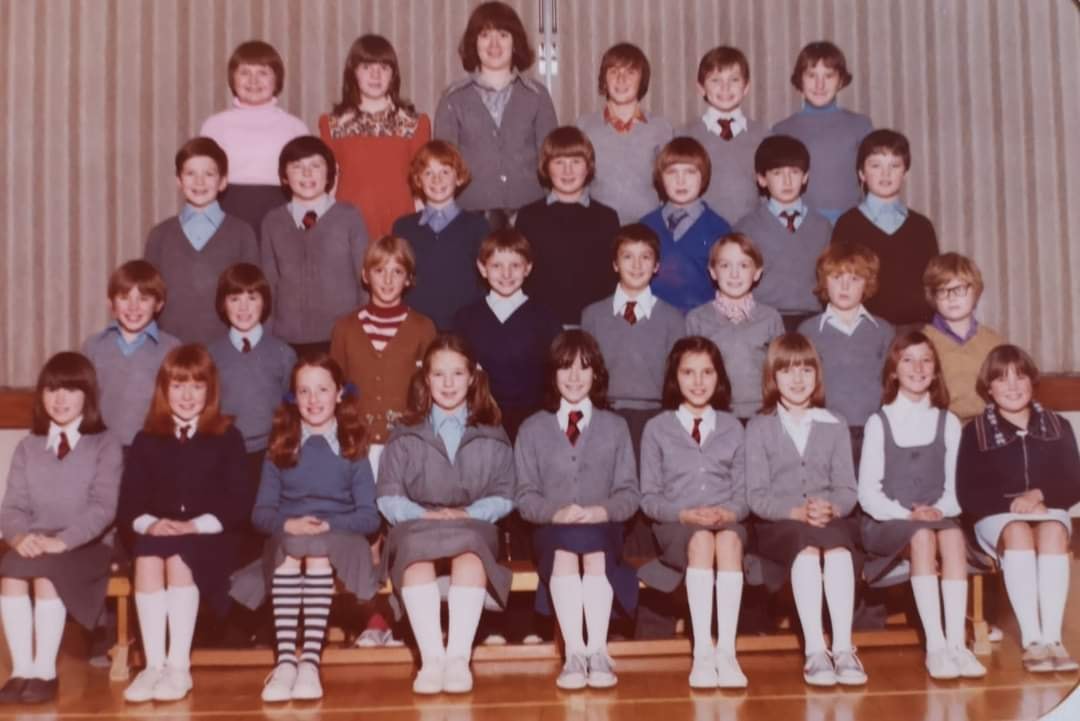 The class picture (above) is of Mrs Linda MacDonald's  Primary 6 class at Rosneath Primary School in November 1978. Fiona Bell is third from right in the front row.