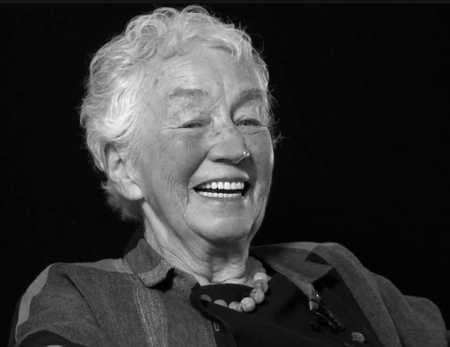 ONE of the best-known names in Scottish Jazz lived until thirty months ago in Portincaple.

Home for singer Fionna Duncan and her family for many years was The Nest, a Victorian cottage beside the Loch Long shore, bought by her grandfather.

She moved to Pathhead, a village near Tranent in Midlothian. 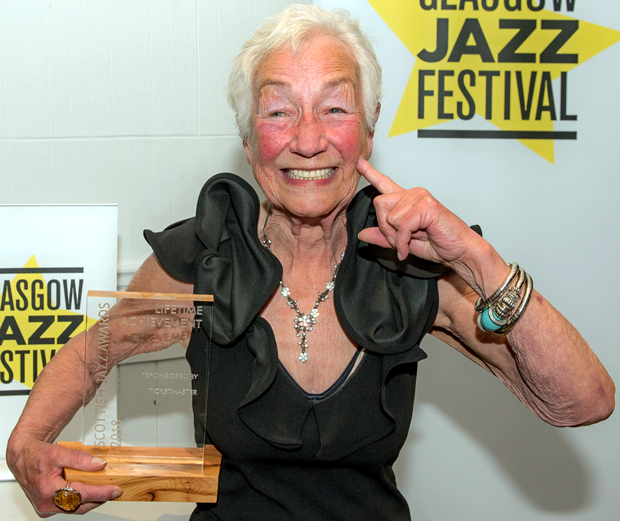 Now aged 81, full of personality and with a great sense of humour, she made her name as a singer with the Clyde Valley Stompers jazz band — and went on to win the Lifetime Achievement Award at the 2019 Scottish Jazz Awards.

Fionna, named on her birth certificate as Fiona, was born in October 1939 in the second month of World War Two, the youngest of three children. Her brother Ian is 83, her sister Peggy died five years ago.

It had been intended that the birth should be at the family home, but during the wartime blackout the doctor refused to come to Portincaple to deliver her.

Instead she was born at the Woodlea Temperance Hotel in Garelochhead, which was run by sisters the Misses Margaret and Charlotte McPherson for many years. The doctor arrived back from a fishing trip just in time for the delivery.

The family moved to Rutherglen when she was six and her mother inherited the family’s tin making business, and her former merchant seaman father became the manager. Every weekend they returned to The Nest.

“We are a musical family, and everybody who came to the house had to sing!” she said. “My father played the trumpet until he lost a finger in an accident at sea, and after that he played guitar, ukulele, piano, and bass drum.

“My brother and sister both played instruments, but I was quite happy just to sing!

“My parents moved back to Portincaple in the 1960s, and wherever I was working I would always come back. I loved living there, but in 2018 I decided to move because I thought it would be easier for travelling.

“It was good to be able to sell The Nest, which has some lovely Art Noveau features, to a friend who had always wanted to buy it. But I really miss Portincaple.”

Fionna went to Bankhead Primary School and Rutherglen Academy. There she joined a ballad and blues club and sang in Gilbert and Sullivan operas as well as joining the Bankead Players amateur dramatic group.

One of her teachers – Norman Buchan, later a well-known Labour MP – got her involved in folk music, and Fionna, who had been taught to play guitar by her father, began to take part in competitions, singing and accompanying herself on the ukulele.

She did well at the Academy where she came away with a Higher Music Pass and sang with local jazz bands until in 1955 she became the vocalist with the Lindsay MacDonald Modern Jazz Quartet which had a regular Saturday night spot at Glasgow University’s Snug Bar.

A tempting offer came her way during a ten-month trip to America with her parents in 1957.

She recalls: “I became friends with this girl, Ann White, who had cerebral palsy, and whose dad was a millionaire. She was a talented songwriter, and she told her father that she wanted me to record some of her songs, so we went to New York and traipsed around the record companies there.”

Fionna sang on radio and television and was approached by Riverside Records with a recording contract. But she turned it down as she did not want to move to the United States.

Back home she started performing on a weekly BBC Glasgow live broadcast of ‘Skiffle Club’ with the Joe Gordon Folk Four. After a short time singing with Glasgow’s Steadfast Jazz Band, she joined The Forrie Cairns All Stars.

She met Forrie, the Glasgow-born clarinettist with whom she worked in various bands over the years, during the auditions for Stars in Your Eyes, the TV show which she went on to win. The first song he heard her perform was the Jimmie Rodgers hit, Honeycomb.

“It suited my ukulele playing because, like many of these tunes, it only had three chords – and that was about my stretch,” she said in a 2018 interview. “When I got on the TV show Stars in Your Eyes, they put me with Geraldo’s Orchestra.

“They said to me: ‘Do you want to leave the ukulele?’ And I said ‘no, I need it!’ I was singing Pennies from Heaven while this stagehand was dropping great clumps of coins on to the stage from above – like missiles.”

Forrie recalls: “When I heard her for the first time, I immediately asked her if she would be interested in joining my group. She said she would have to ask her mother! Fortunately, her mum said yes and we appeared the following Saturday night at Whitecraigs Tennis Club.” 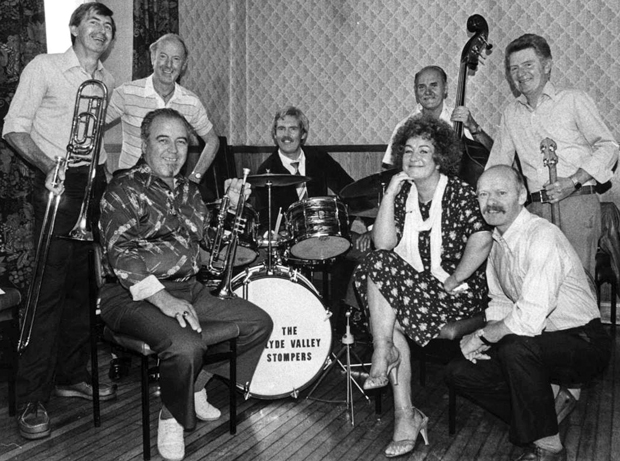 Forrie and Fiona were recruited into the hugely popular Clyde Valley Stompers (pictured), led by Ian Menzies, and it was with the Stompers in 1959 that the gravelly, bluesy, Americanised Duncan vocals were first recorded – on the LP Have Tartan Will Trad. The JazzBeat award for Top Singer followed in 1960.

Between 1964 and 1970 Fionna lived in London where she hosted the ‘Georgian Nightclub’ in the West End and sang with many top jazz musicians and their bands, including those of Humphrey Lyttelton and Kenny Ball.

It was a very busy life, and in 1971, following an accident abroad which left her with five slipped discs and resulted in a year in hospital, she gave up working as a singer. She decided instead to train as a hairdresser, and really liked it.

However she gradually returned to full-time singing and formed her own trio with bass player Ronnie Rae, pianist Brian Kellock and drummer John Rae, Ronnie’s son, in 1985.

She broadened her repertoire through working with younger musicians and participation in workshops in the States. 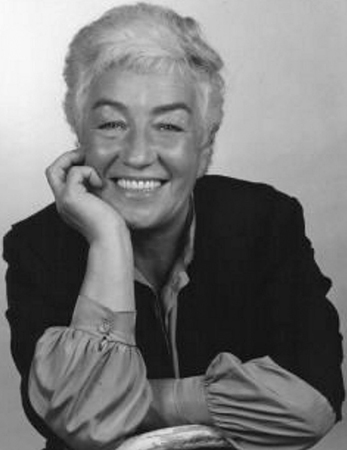 She brought this a format back to Scotland with the Fionna Duncan Vocal Jazz Workshops, which ran during the Glasgow Jazz Festival for more than a decade.

The workshops became more and more successful and attracted singers from both home and abroad. In 1999 the Workshops were allocated lottery funding from the Scottish Arts Council so that they could take place all over Scotland.

In 2008 she was nominated for a Parliamentary Jazz Award for her services to Jazz Education, and the following year she was named as Best Jazz Vocalist at the Scottish Jazz Awards.

She still teaches and performs occasionally. Her most recent concert was recorded at Pathhead Village Hall five months ago when she sang songs she had never performed before.

Her many memories include playing in Liverpool when the Beatles were their interval band. But her favourite is that she, with Forrie’s band, once appeared on the same bill as Louis Armstrong in Bridlington in 1962.

After the show, the great man specifically asked to meet her — and Fionna was thrilled to bits.