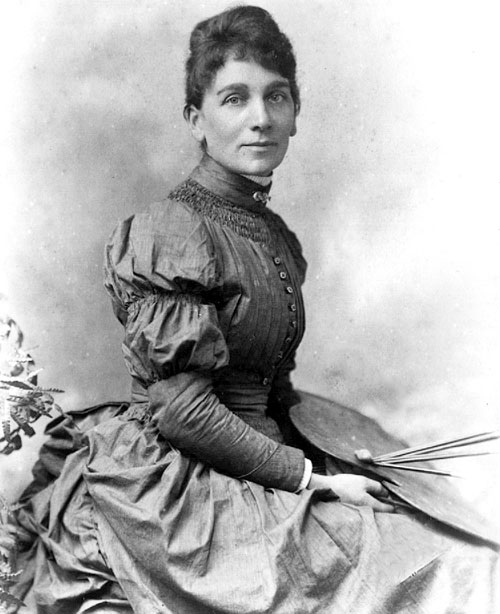 TWO talented and enterprising artists who met while training in Paris ran art classes in Helensburgh from 1890-1906.

Mary Park (below right) and Madge Ross held the classes initially at 8, then 3, Prince Albert Terrace, Victoria Road. They moved to Glasgow in 1906, and in 1911 Miss Park returned to her home country of New Zealand.

Their pupils included Maggie Hamilton, who married architect and artist Alexander Nisbet Paterson in 1897. She was a leading embroideress of her time and highly regarded as a painter.

In 1893 the Helensburgh and Gareloch Times commented: “So we have at our doors an atelier conducted on the identical lines of the Paris studios.”

Two years later the paper stated that Miss Park and Miss Ross “had done so much within recent years to educate the artistic taste”.

Exhibitions were held in the 7 East Princes Street gallery of Macneur and Bryden Stationers, and at their later home at Greenburn, 26 East Clyde Street.

Stuart Park, great great nephew of Miss Park, who lives in Kerikeri, New Zealand, has been exploring the history of Mary Alexander Park, who sometimes styled herself as Mary Jane Park, for over 30 years.

He said: “I’ve decided it’s time to try to bring this to fruition. I have a manuscript of some 13,000 words which I am preparing mostly for the information of family members and for galleries who have her paintings.”

In 1855 when Mary was five the family went to Tasmania, an island state off Australia’s south coast, where Mary’s parents both taught at Bothwell, where she was educated, before moving again to Dunedin on New Zealand South Island where her father taught from 1863-1891.

From 1864 Mary taught at schools in Dunedin, and in the 1870s she studied art at Dunedin School of Art. In 1873, at the of 23, she signed and dated her earliest known surviving painting, a water colour of what is thought to be an English rural scene.

In 1876, the year her younger sister Agnes died, she exhibited two works at the Otago Art Society’s first exhibition — the earliest known exhibition record of her paintings. 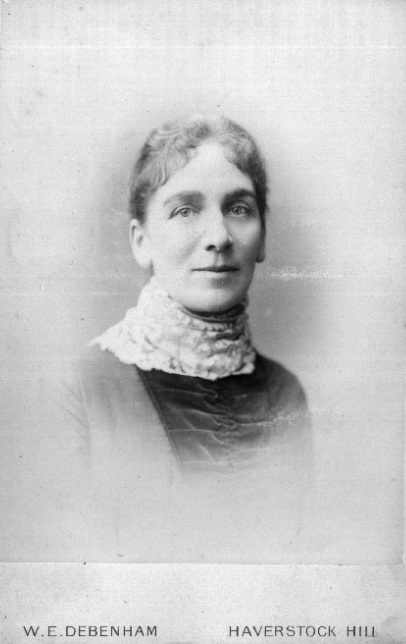 It is thought that Mary (seen left in an 1882 cdv) travelled to the UK in 1880, and the following spring she was living at 31 Bridge Street, Dunfermline, Fife, staying with her mother’s sister Janet Alexander and her husband William Robertson, a clothier and tailor.

Three years later she returned to New Zealand, and in 1885 she exhibited at an international exhibition in Wellington, and also had two works on show at the Royal Scottish Academy exhibition in Edinburgh as ‘Mary J Park, Dunedin NZ’.

Stuart said: “There are only a few clues as to what Mary did while she was in the United Kingdom. When she returned to Dunedin, the newspaper referred to her ‘course of study at Home’. 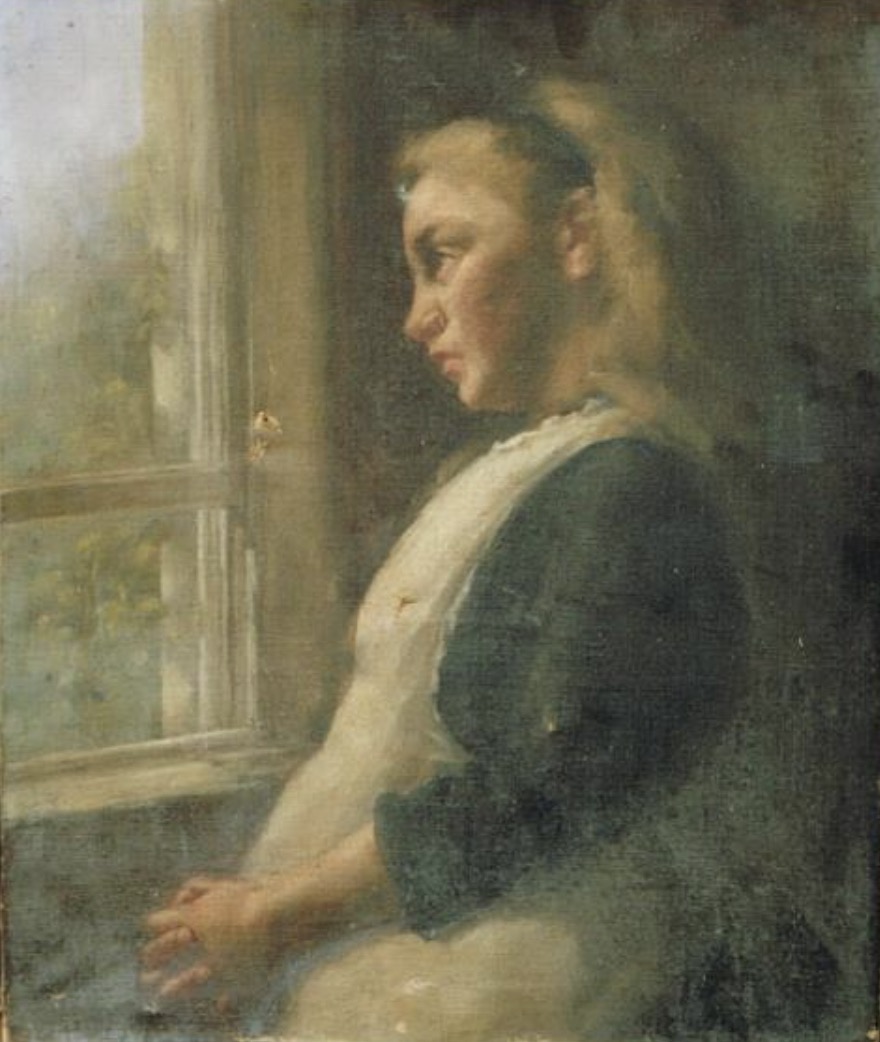 The Otago Daily Times of November 14 1885 stated: “Miss Park signalises her return to Dunedin by sending quite a collection of portraits, the execution of which shows that she has profited much by instruction. The best is a portrait of the artist’s father. Pictured (right) is her painting entitled ‘My Mither’s Awa’.

“Miss Park also sends a well-drawn figure study, of which there are too few in this particular  exhibition.”

She returned to Europe in 1888 and by the spring of the following year she lived at 5 Rue de Berri, Paris, and studied at L’Académie Julian, a private art school for painting and sculpture founded in Paris by French painter and teacher Rodolphe Julian (1839–1907) and active from 1868 to 1968.

The Académie Julian was at the Passage des Panoramas, and not only prepared students for the exams at the École des Beaux-Arts, but it also offered independent alternative education and training in arts.

Men and women trained separately, but women participated in the same studies as men, including drawing and painting of nude models. The atmosphere was collegiate, easy-going and mutually supportive. It has been said that it nurtured some of the best artists of the day.

The following year she was living at 153 Faubourg St Honoré, Paris, with her fellow student Madge Ross, and their tutors  were William Bouguereau and Robert T.Fleury.

That year Mary exhibited at the Royal Glasgow Institute of Fine Art under the name Mary J Park and at the 7th Lady Artists’ Club exhibition in Glasgow. 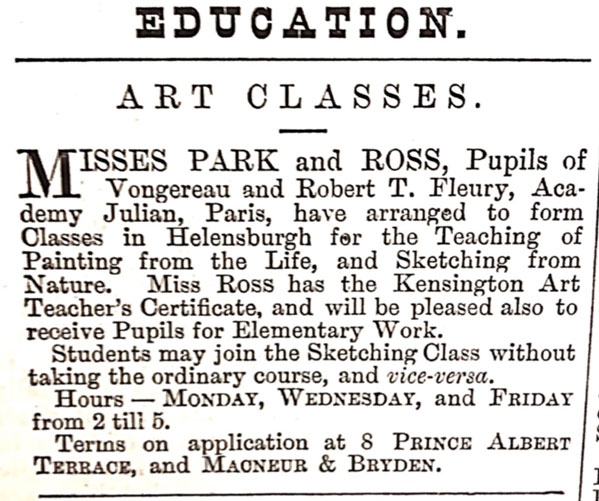 In June 1890 Mary and Madge established a studio together in Helensburgh, where they taught art classes, painted and exhibited for fifteen years, and Mary served as a Sunday School teacher. They were both keen walkers and loved exploring the area.

Their first advertisement appeared in the Helensburgh and Gareloch Times for art classes to start at “The Studio”, 8 Prince Albert Terrace, in October. 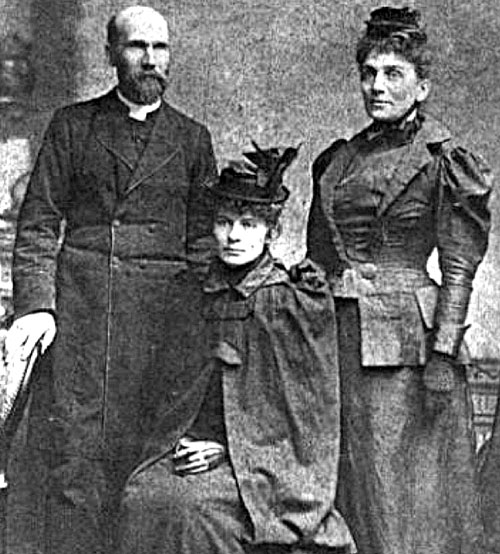 The following year they held their first exhibition at the Macneur and Bryden gallery. They were pictured (right) by Stuart of Helensburgh, a seated Madge Ross and Mary with the Rev James Chisholm, Mary’s brother-in-law, who was visiting them in the burgh that year.

They both exhibited at the Lady Artists’ Club in Glasgow as associate members, and they moved along the road to no.3 where classes resumed in October. They also proposed a class for young men and boys to start in February. 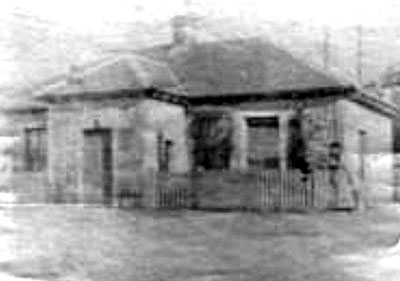 They moved home to the now demolished Greenburn (left) on the seafront that year, but the studio did not move there till 189

Ten years later Miss Ross opened a studio at Albany Chambers, 534 Sauchiehall Street, in Glasgow, and in 1906 both moved home to nearby 71 Grant Street in Glasgow.

In 1911 Miss Park returned to Dunedin where she lived, worked and exhibited until she died of a heart attack on October 23 1920.

Miss Ross, daughter of wine and spirit merchant Andrew Ross and his wife Charlotte, continued to teach and exhibit in Glasgow, where she lived at 9 Wilson Street and then 786 Crow Road.

Madge died in Didsbury, Manchester, the home of her Grant in-laws, on November 22 1950, aged 86.  She outlived Mary by thirty years.

Stuart would welcome any information about his great great aunt and her friend and colleague. “I would like to know more about those who attended their classes, as students or as tutors," he said.

“Some of the Scottish information I have was given to me in the 1990s by the late artist and art historian Mrs Ailsa Tanner of Helensburgh, though sadly my record keeping from those years was less thorough than it should have been, and I know Ailsa has since died.

“I know very little about the exhibitions at the Lady Artists’ Club in Glasgow or at the Royal Glasgow Institute of Fine Art."

Stuart would be delighted to hear from anyone with knowledge of the two artists and their classes in Helensburgh, and is hoping to publish a book about them later this year..