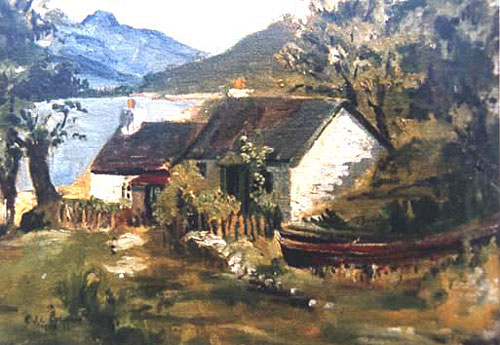 A MOTHER and son from Helensburgh were both highly rated artists.

That was the conclusion of administrator Mary-Jane Selwood when she researched the pair for the Anderson Trust Local Collection. 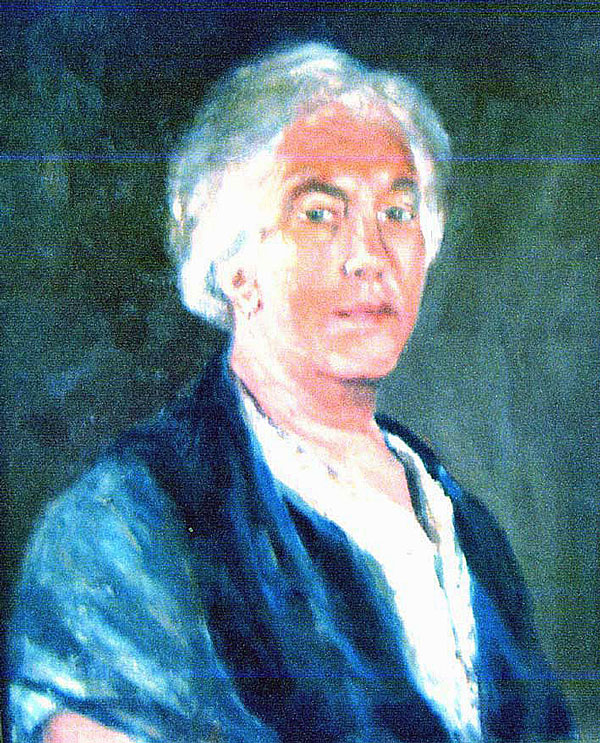 Having taken on the mammoth task of accumulating biographical information about all the artists who are represented in the collection, she tells me that the Trust is fortunate to own works by both Evelyn Carslaw (left) and her son John.

A member of the ‘Glasgow Girl’ group of artists, Evelyn Carslaw was born in Glasgow on March 8 1881, and named Evelyn Jane Lochhead Workman. Her family came from Northern Ireland and were keen art collectors.

After attending Laurel Bank School in the city, Evelyn studied at Glasgow School of Art and in Paris.

She married a Glasgow consultant surgeon, Robert B.Carslaw, whose father William Henderson Carslaw was the first minister of the then Park East Free Church in Helensburgh which was built in 1862.

Their early married life began in Park Circus, Glasgow, where two of her children, John and Neill, were born. Later the family moved to Dunrowan, Rhu.

Both Evelyn and her husband were keen sailors, as testified by ‘Leaves from Rowan’s Log’, an account written about 1944 of one of their west coast cruises in a clinker-built boat called Rowan. It was illustrated with drawings by Evelyn and written by her husband.

During World War Two Robert, by then retired, volunteered to act as temporary surgeon at Oban Hospital, and the surrounding area, in particular Seil, was a source of great inspiration in Evelyn’s painting.

She painted in oil and watercolour landscapes of her immediate surroundings in Scotland and of many of their travels in Holland, Spain and Italy. She also executed some very fine etchings.

She was a friend of another Glasgow Girl and noted Helensburgh artist of that period, Norah Neilson Gray — whom she knew from student days — who painted important pictures during World war One.

In 1925 Norah painted a very striking portrait of Evelyn and her only daughter Mary.

The Anderson Trust owns two of her works, donated by her son John, an etching depicting a cottage, probably in a Skye fishing village (below left), and an oil painting ‘Portincaple – Loch Long’ (right), of an attractive cottage on the loch shore between Whistlefield and Portincaple.

Evelyn was a founder member of Helensburgh Art Club and a regular exhibitor with the Royal Glasgow Institute.

Latterly she lived 4 Loch Drive in the burgh and a few years before she died on September 19 1968 at the age of 87 she held a very successful exhibition in aid of the Red Cross.

John Cameron Carslaw was born in Glasgow in 1920, the second youngest of Evelyn’s five children.

The family spent many summers sailing around the west coast where John developed his love of sailing.  He attended boarding school in Edinburgh.

He joined the army at the age of 19 and was posted to Gibraltar in 1941 where he worked as a signalman in military intelligence for several years during the war.

He was also a keen amateur radio enthusiast for many years. He was fond of climbing and skiing in his spare time.

He met Joan Elizabeth Morton in Helensburgh and married her at the age of 35 in 1955. 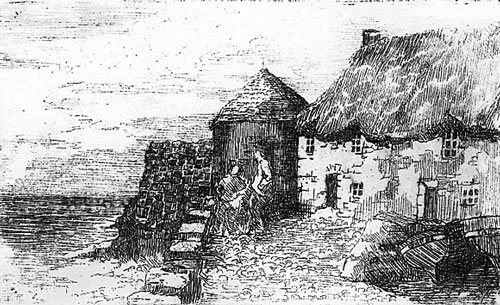 They had a house built in Ardencaple Drive which John designed and where he lived until he was 93. They did not have a family but they doted on their dachshund Eiger.

They travelled extensively and John was very proud to have flown on the supersonic aircraft Concorde.

John (below right) was a member of the Association of Engineering and Shipbuilding Draughtsmen, and he worked for Singer sewing machines for several years.

He then went to work for the Ministry of Defence at Coulport working on the submarines until he retired. Joan died when John was 73

John was best known as a keen artist.  His time working as an engineer, where he often had to work on intricate drawings, began his interest in portraiture and sculpture.

He honed his aesthetic skills in art classes at Glasgow School of Art, and his work often featured at the annual art exhibition in Helensburgh’s Victoria Hall where he won many prizes.

He was made honorary president of Helensburgh Art Club in 1994, and he was also a Fellow of the Society of Antiquaries of Scotland.

Latterly he took an interest in writing poetry and also published some books of his artwork.

John was a Trustee of the Anderson Trust in 1980 when it was first established. He died in Haddington in 2016 at the age of 96.

He is often confused with another well-known burgh artist, John Carlaw RSW (1850-1934).