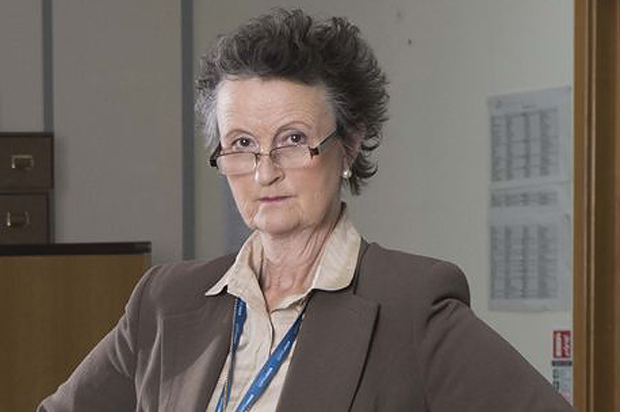 A WELL-KNOWN Helensburgh actress is one of the stars of a new Channel Four comedy series currently being shown.

Georgina Clare Glen was born in the Kelvin area of Glasgow to a burgh family who lived at St Andrews, 13 East Abercromby Street. on April 20 1956, and considers herself burgh-born.

Her parents were Robert Muir Glen, managing director of Westclox in the Vale of Leven, who died in 1993 aged 83, and his wife Sylvia who is in her mid-90s.

As a child Georgie, who has worked with such high profile stars as Helen Mirren, Judi Dench and Hugh Jackman, had little interest in appearing in school plays.

She said: “My dad played piano and saxophone, and there was fun at home after dinner — it all sounds rather Victorian — but I never felt I wanted to take this further.”

She enjoyed her first taste of performing as a trombone player in Helensburgh Orchestra Club, where working with like-minded people in a small community taught her lessons for the rest of her life.

She recalls: “I’ve always enjoyed being part of a collective. Whether that’s professionally, like when I had a role in ‘Heartbeat’, or as a youngster playing tennis at Craighelen.

“One of the first productions I was involved in was Helensburgh Amateur Operatic Society’s HMS Pinafore, by Gilbert and Sullivan, at the Victoria Hall.

“I remember vividly how much I enjoyed being part of the small community involved in the production.

“I played alongside old and young residents of the town. There was quality amongst us — this was a real benefit of coming from a small town.

“Collaborating with the same people over a period of time creates an intimacy. Sometimes that is a major factor in working to a higher standard.”

She gained a degree in graphic design at Glasgow School of Art and moved to London in her mid-twenties to design book covers for the Thames and Hudson publishing house.

“Painting and drawing were always my passions, but I had no real idea what it was I was going to do with them,” she said.

“In London I felt isolated because the evening diary was empty. Community work seemed the answer, and I joined Floodlight Council, an organisation which still exists today, that helps adults learn skills from music and drama to cookery and computing.

She auditioned for Questors Theatre Company in Ealing, West London, watched the semi-professionals at work and learned, gradually taking on small roles.

“I loved the world,” she said, ”but I wasn’t desperate to be up there on stage. The first part I had was in ‘The Philanthropist’ and I didn’t have a line to say. And it was perfect.”

Keen and always early, she went to Questors every night, and she gradually found her voice.

One night Harry Potter star the late Alan Rickman, who had also been a graphic designer and gone into acting in his late twenties, watched her perform.

“Sometimes I think the universe takes control of our lives,” said Georgie, “and this was one example. Alan told me to write to drama school tomorrow. And I did, literally.”

She enrolled at the Bristol Old Vic Drama School and, after graduating, on the last day, she was offered a job at the Wolsley Theatre in Ipswich.

She says that Rep theatre taught her to do anything and everything, and added: “It was incredible. I’m sad young actors today don’t get the chance to do the range.”

Georgie, who has lived in London for over 30 years, felt that she did not have the looks for a leading lady.

“I knew I was never going to play Juliet. I was in my mid-twenties but knew how much I loved acting. I had to do it,” she said.

Ever since her television debut in 1988 she has been a reliable supporting player in virtually every type of show from sketch comedy to period drama, and has never been short of work.

She is best remembered for her parts as doughty Sergeant Jennifer Noakes in ‘Heartbeat’ and the liberal, kindly teacher Audrey (below left), head of history, in ‘Waterloo Road’, after it moved north to be filmed across the Firth in Greenock.

She said: “It was lovely to work so close to where you were raised, especially as my job does not see me come to Scotland that often.

“Actually I never left Helensburgh! Yes I moved to London in my twenties, but my family are still here.

“I bring my twin daughters Holly and Eleanor, who were born in 1989, to visit regularly. The girls love their Scottish relatives — they grew up here as much as I did.”

A favourite haunt on return visits to Helensburgh is the Coffee Club in Colquhoun Square.

She says that it is the tight knit sense of community that pervades it and the town centre’s other cafes, restaurants and shops that helps her feel instantly at home.

“Helensburgh is such a fantastic place,” she says. “We have a town with so many talented people, old and young.

“To find a workshop in your home town, or a club, that suits you — that is a great place to start for nurturing talent. That is why I was lucky, and anyone from Helensburgh can be too.”

Her film roles have always been in support of bigger names, including ‘Les Miserables’ and as one of the more enthusiastic ‘Calendar Girls’.

She said: “I don’t do much in the films, I am just lucky that I am on the cast list really — I’m star-struck all the time.

“Hugh Jackman was extraordinary in ‘Les Mis’. On the first day of filming, I was standing in the background and I met him and Colm Wilkinson, who played the original Jean Valjean in the stage show.

“To be standing next to Colm while he was singing was surreal and I thought, yet again, this is the best job in the world.

“I get a day in the crypt of a beautiful church with Hugh Jackman and Colm Wilkinson — and I’m being paid. How many people would love to have a day like that?”

Georgie has seen many of the films she has appeared in win awards and it always gives her a special thrill. 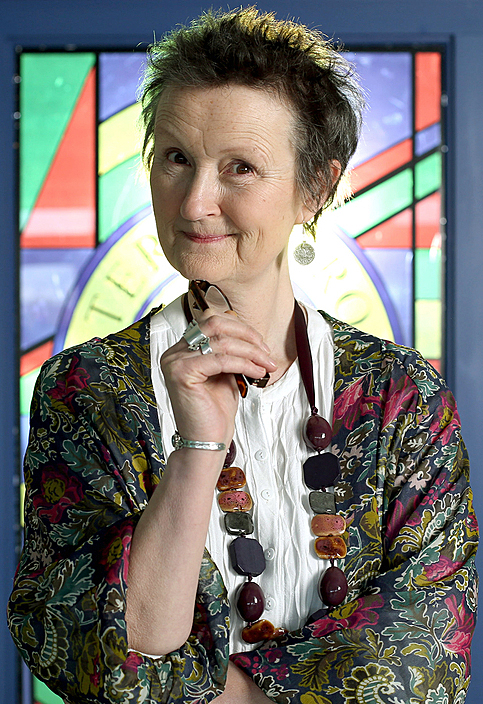 She said: “Just to be in a film with the likes of Dame Judi Dench or Helen Mirren is a treat. I’ve been lucky enough to work with Judi three times and she is everything you expect her to be — but just a bit naughtier!

“I adored Helen in ‘Calendar Girls’ and feel incredibly lucky to work with people who are at the very top of the profession.”

In the new TV comedy ‘Damned’ she plays department head Denise, who is universally feared.

She said: “The show is set in a social services office, and it’s a compassionate observation of the lives of social workers struggling to get on with their work which is very hard, whilst at the same time having their own lives encroaching all the time.

“It’s not in any way judgmental or political but it’s a window on to a real world. Some of the characters are slightly heightened in order to provide humour but it’s done in a very realistic way.

”Denise is desperately trying to keep her unruly mob in hand so if she’s seen as being a baddie I don’t think that’s fair — she’s just struggling as they all are, but maybe on a slightly different platform.

“She’s lonely too, she hasn’t got friends so she can’t sit and chat like Jo and Alan’s characters. She has no-one else in her little office and she’s in charge so she can’t really confide in anyone there.

“It’s a funny thing, I took my daughters, who are in their late 20s, to watch the show. They were expecting a comedy and they were blown away by it.

“They said it’s one of the best things they’ve seen in a long time because although it was entertaining and there were laughs, there was sharp reality all the time as well.

“So I wouldn’t describe it as a comedy exactly, I don’t know how I’d describe it — maybe a wry observation with humour and some pretty uncomfortable truths as well.”