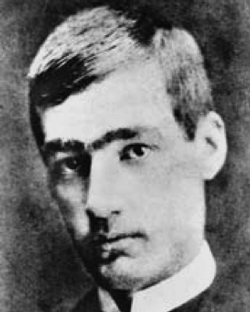 A HELENSBURGH man was an important donor of valuable paintings to Glasgow Art Gallery.

Another burgh man, Alastair Macdonald, Ph.D., who is a member of a group researching such donations, looked into the background of Hugh Locke Anderson Jnr., of Ava Lodge, 11 Glasgow Street.

He bequeathed a collection of five paintings and six pen and ink sketches on paper by ‘Glasgow Boy’ artist Joseph Crawhall to the gallery, which received them on April 20 1943.

Details of the Anderson family have been collected from various sources and collated by Dr Macdonald, who taught chemistry at Hermitage Academy from 1975 to 1984 before moving to Clydebank High School as principal teacher. In retirement he became involved with the Donor Research Group at Glasgow Museums.

Hugh Locke Anderson Snr., father of the donor, was born about 1818 in Glasgow. He was a master house painter and in 1851 had his own business employing twelve men.

He married Helen Willox on December 9 1847 in Pollokshaws, and in 1851 they were living at 113 Cumberland Street in the Gorbals.

Hugh Locke Anderson Jnr. was born on March 21 1863 at Williamwood, Cathcart. He was christened in Glasgow on May 3 1863 and was the seventh of nine children.

By 1871 the family had moved to Glasgow Street in Helensburgh, and Hugh Snr. employed thirty men and eight boys.

Hugh Jnr. was educated at the Larchfield Academy, the private school in Colquhoun Street which is today part of Lomond School.

He continued to take an interest in his old school after he left and in 1899 was on the committees of the Larchfield Academical Club and the Larchfield Literary Society.

In 1875 the family was living at Ava Cottage, 11 Glasgow Street.

Both Hugh Snr. and his wife Helen owned substantial stock in the City of Glasgow Bank, and the collapse of this bank may have hastened Helen Anderson’s death in 1879 when she was 53.

After her death, the family moved again, the short distance to Ava Lodge at 14 Glasgow Street.

Hugh Locke Anderson Snr. died aged 70 in Helensburgh on January 11 1888 and his son John Locke Anderson, who was a procurator, became head of the family.

He was employed by Bennett, Browne and Co. at 17 Royal Exchange Square, Glasgow, and for many years was sole partner in the firm. He was also vice-chairman of the Royal Exchange and a Justice of the Peace for the County of Dumbarton.

In 1914 he sailed from Liverpool aboard the liner Aquitania and arrived in New York on June 5. Again, on December 3 1926 he left London bound for Gibraltar and then Australia. He left Sydney on December 30 bound for London via Melbourne, Adelaide, Colombo and Bombay.

An Extraordinary Member of the Royal Glasgow Institute of Fine Arts, Hugh Jnr. was a lover of art and possessed a valuable collection of paintings.

A member of the choir of Helensburgh Congregational Church for many years, he gave a good deal of time to philanthropic work, and as a director of the Glasgow Sailors’ Home was a keen supporter of that institution.

For many years, until its winding up in 1923, he was a director of the ‘Empress’ Training Ship for Boys moored in the Gareloch off Rhu. He was a member of Helensburgh’s golf and tennis clubs and in 1926 was for a year the president of Helensburgh Bowling Club.

Hugh Jnr. died on December 22 1928 at Ava Lodge and was buried in Helensburgh Cemetery on the 26th.

His estate was valued at £72,813. In his will he stipulated that “all my pictures by Jas. Crawhall I bequeath to Glasgow Corporation in decease of my sister Jessie Jane and the large picture by Simon to my brother Steuart outright”.

This explains the time interval between his death and Glasgow Corporation receiving the pictures.

Jessie Jane died at Ava Lodge in 1942 so the house was still in the family then. 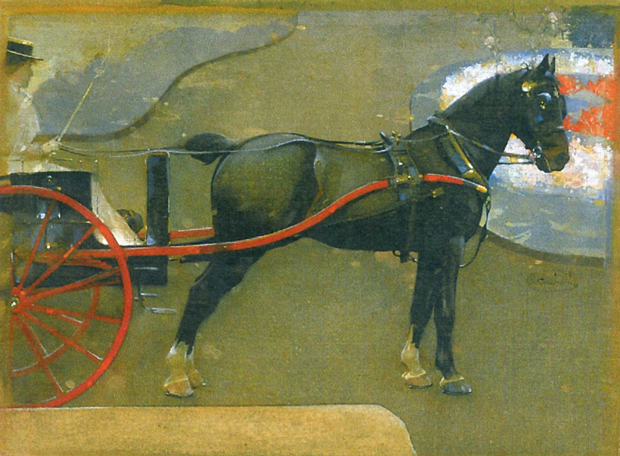 The artist Joseph Crawhall was born in Morpeth, Northumberland, in 1861 and died in 1913. He was trained by his father and in Paris.

Crawhall worked with leading members of the Glasgow Boys James Guthrie and Edward Alexander Walton, visiting Helensburgh and working in the town and district on a number of occasions.

What is not known is whether Hugh Jnr. became acquainted with Crawhall, or simply liked his work and bought it.

The best known of the paintings is ‘Horse and Cart with Lady’ (above) which was exhibited at the Royal Academy Exhibition from October 30 2010 until January 23 2011.